Finding a perfect match is hard, but this Denver couple did it twice 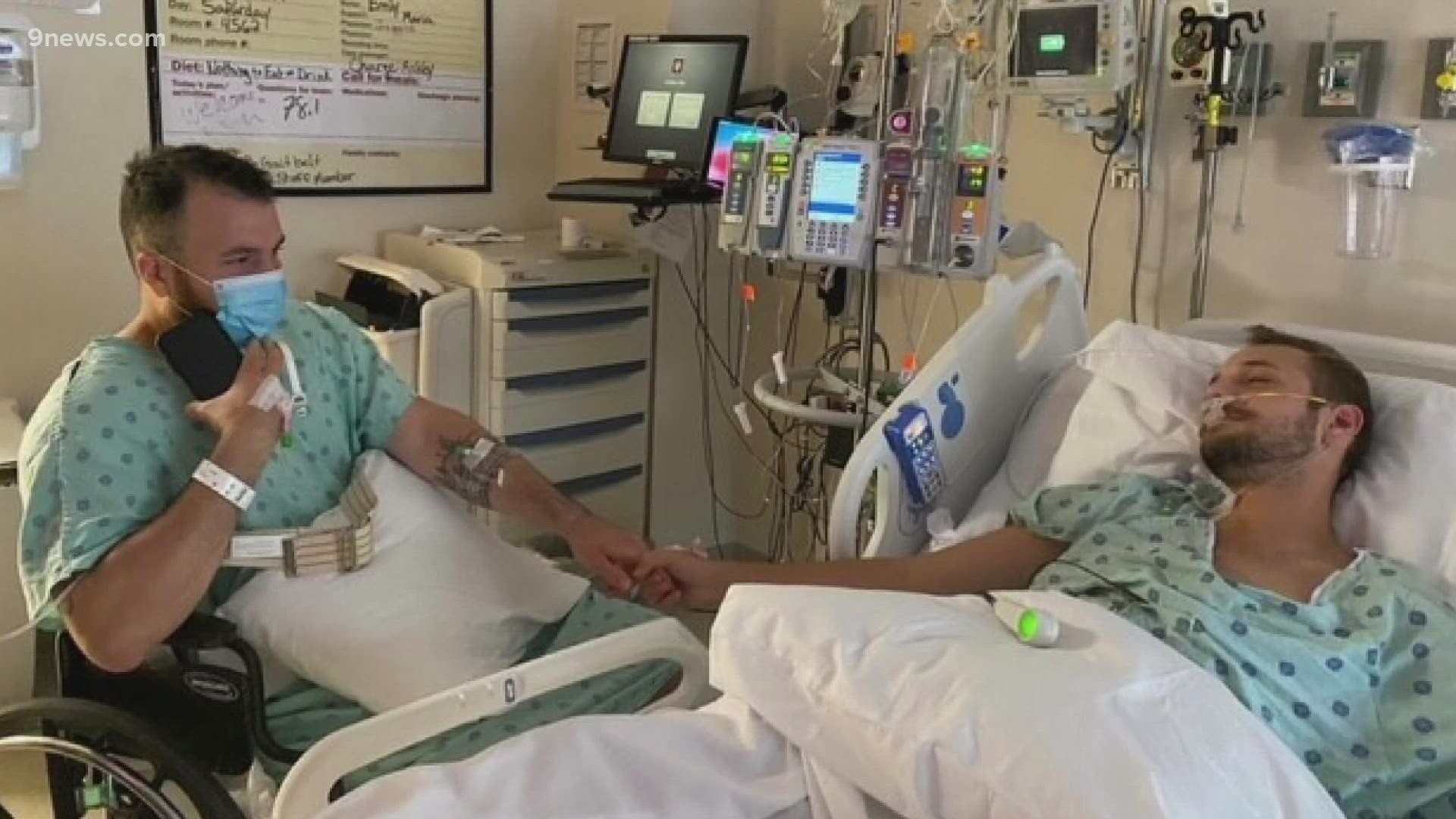 DENVER — Finding a perfect match is hard enough, and Denver husbands Reid Alexander and Rafael Diaz did it twice.

Seven years ago, Alexander was diagnosed with Alport syndrome, a genetic condition that scars the kidneys and eventually leads to renal failure.

In 2020, Alexander learned his kidney function had dropped to 20%, and he needed a new kidney. Even with that diagnosis, he graduated from college and moved to Denver for a new job.

A week after his move, Alexander met Diaz on a dating app.

"I was so happy that I did move to Denver," Alexander said. "One, because I met him."

Alexander said his health condition came up early in their relationship. So Diaz asked to be tested as a potential donor.

He was a perfect match.

Their hospital in Denver thought the surgery was too risky, so they traveled to Indiana to find a doctor willing to do the surgery.

"It's so crazy, but like, how lucky," Alexander said.

In August, almost exactly a year after their first date, they had the operation.

Alexander said he's still in awe about the sacrifice his husband made.

"If they ask me again to be a donor, I will do it again. Just not kidney, because I don't have more kidneys," Diaz said.

The two are still recovering in Indiana, and they play to head back to Denver once they're healthy enough to travel. They said before surgery, Alexander's health left them limited on what they could do. Now, they are ready to change that and make some plans.