The mural project at Five Points Plaza captures the history of the neighborhood. 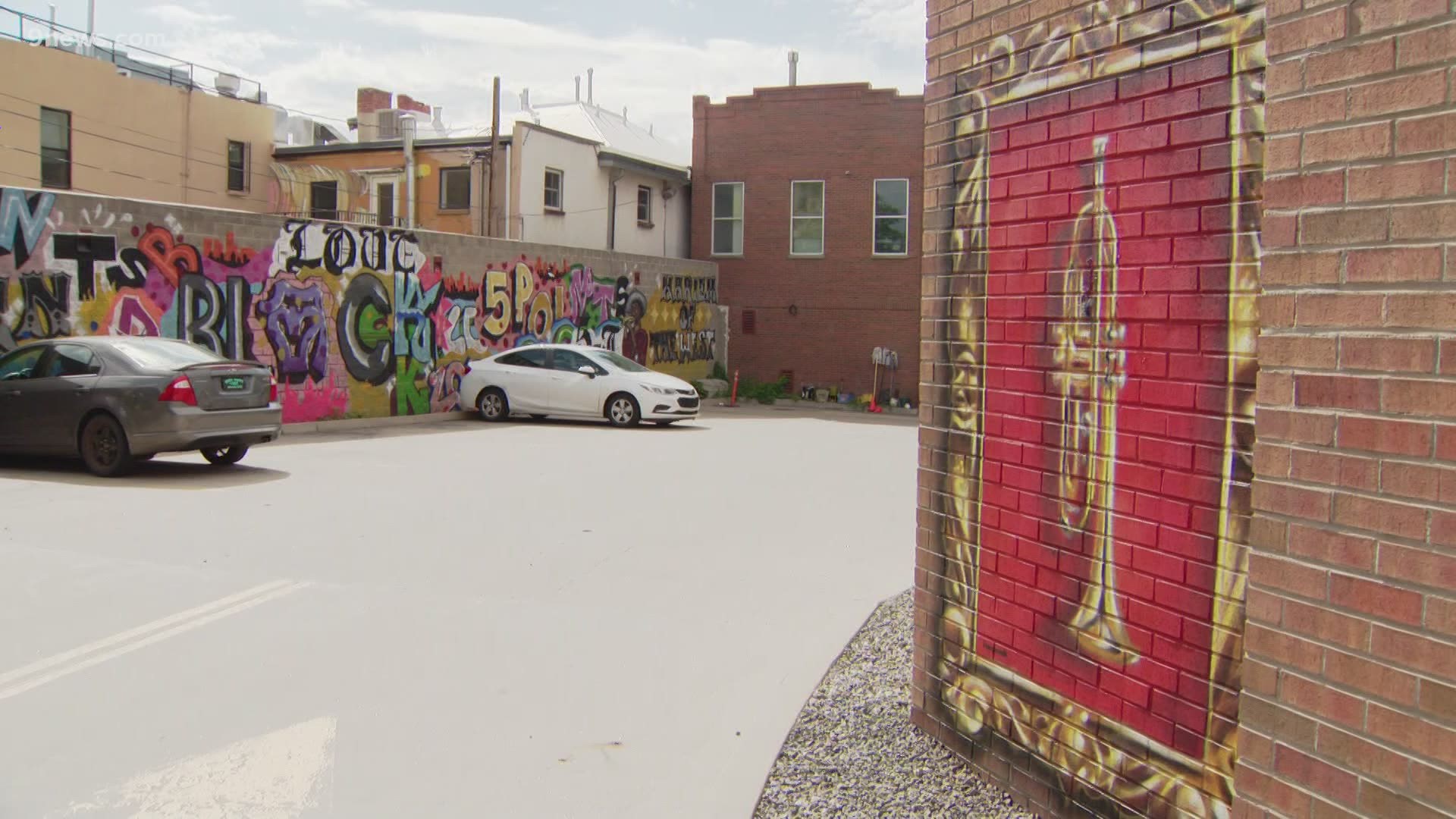 DENVER — A mural project that opened this month at Five Points Plaza highlights the history of the Five Points Neighborhood in Denver. Robert Gray gathered nine Black artists from around the country to participate.

"We want the voices of the Black creatives to be heard and to be seen in a historic neighborhood," said Gray.

All of the artwork focuses on jazz or Five Points icons. Gray said one of the murals is of Norman Harris, the man who organized the neighborhood's Juneteenth celebration.

It took Just Dixon less than a day to spray paint his piece. He also created the frames for every mural at Five Points Plaza.

"It is just dope to see more Black art in general," said Dixon. "One thing I have learned in the last year is I don't see a lot of Black art."

Dixon started spray painting a few years ago. For a festival in Boulder in late 2020, he created a mural of Valerie Thomas who was a Black woman known for her contributions to NASA research.

"I have also been on my own personal mission to put more Black faces on walls and allow younger black kids to see themselves," said Dixon.

They hope their work brings more people to this historic neighborhood.

"What we have seen in the RiNo neighborhood, the street art has brought a lot of foot traffic," said Gray. "A lot of people come to see the art but when they are there for the art they stay for the restaurants."

This gallery is a partnership between the Downtown Denver Partnership Welton Street Renaissance Project and the Black Love Mural Festival.

Gray started Black Love Mural Festival in 2020 after the death of George Floyd. A group of Black artists painted on boards in Civic Center Park. The event was designed to help celebrate Juneteenth and promote solidarity of the Black Lives Matter movement. The event returned this year and the artwork at the park will stay there until August.

RELATED: Holograms of viral TikTok dances auctioned off as NFTs