Everything you need to know about Denver's new bag fee

Not all bags are created equally. 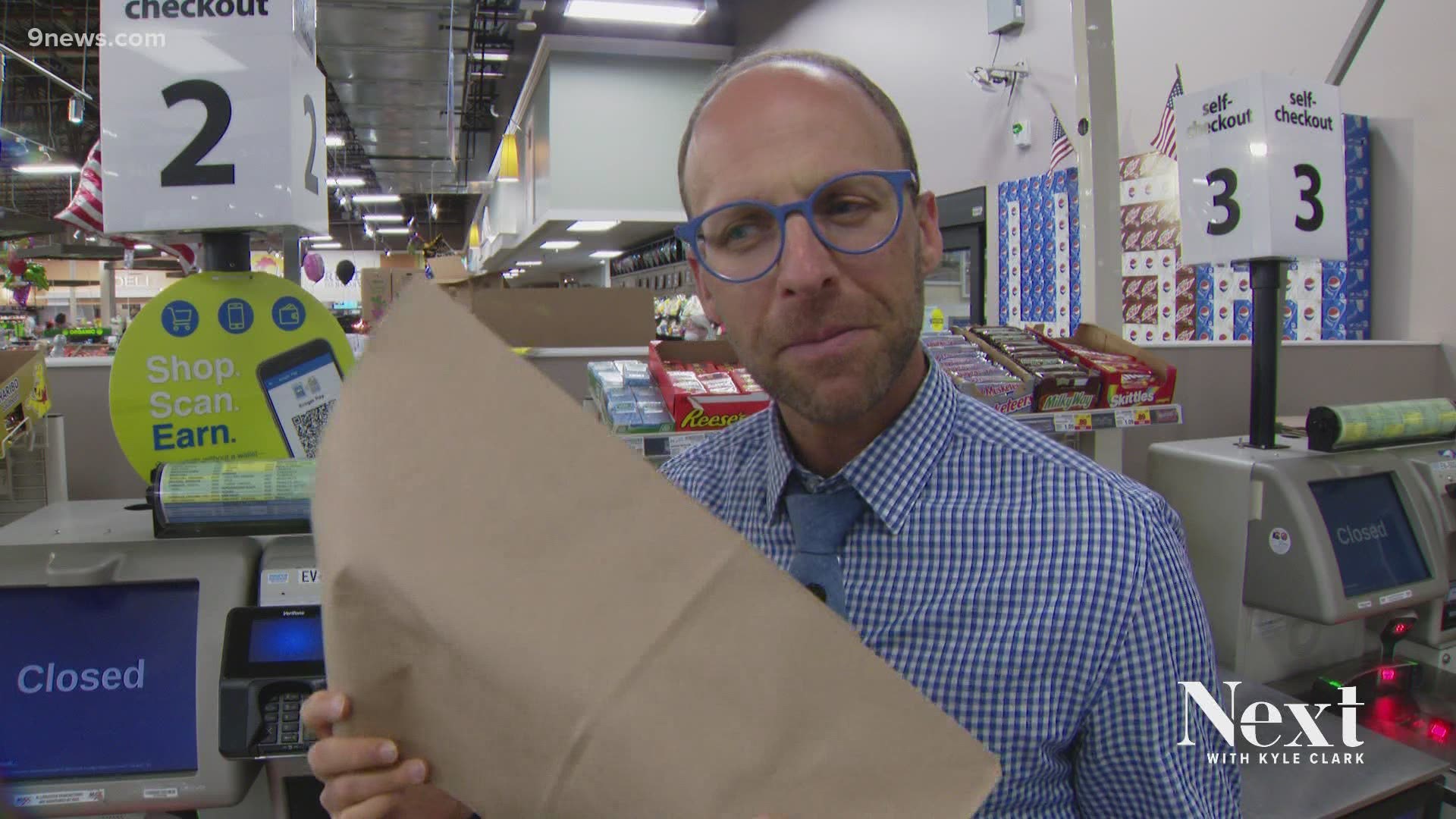 DENVER — Denver's 10-cent bag fee is now in effect, though there are some caveats.

Here's what you need to know about the rule.

When did this start?

Do other counties in Colorado have this rule?

Yes. Cities including Boulder, Durango and Basalt have bag fees. These fees could become a statewide mandate in 2024 under HB21-1162, which has been sent to Gov. Jared Polis (D) for his signature.

Does this apply to all shopping bags?

No. Shoppers have to pay for disposable paper and plastic bags, but there are exemptions. Produce bags, pharmacy bags, dog poop bags, laundry bags, restaurant bags, flower bags and bakery bags are among the types of bags you won't be charged for.

"Our bill was based on other programs around the state, the country and the world, and they all exempt produce bags," said Denver City Councilwoman Kendra Black.

Black sponsored the bill that passed Denver City Council in 2019, which kept restaurants exempt from the bag fee.

"If we had taken it further, I think we would have had a lot of opposition. This was something that was widely supported, it got 13 council votes," said Black.

"Size matters in the ordinance…and so those smaller size [bags], like lunch bag-size bags or the type of bag that you might get from a pharmacy, those are not included in the bag fee."

Alternatively, shoppers should remember that grocery stores aren't the only ones that will charge.

"All the shops in the mall. Convenience stores. Liquor stores. It's most places where you would get a bag," said Grace Rink, Denver's Chief Climate Officer.

Why are produce bags exempt? Are they different than plastic grocery bags?

No. Although the produce bag and plastic checkout bag are treated differently when it comes to the fee, they are the same environmentally.

"[The current rule is] one big thing that we need to tackle first and let's get that right, and then, if needed, and if there is a way to do it, to expand to other bags within stores, then we might deem that appropriate," said Rink.

How many bags was Denver using before this rule?

Where will my money go?

Six cents will go back to the city, four cents will stay with the retailer, which is supposed to be used for:

Is this program successful?

The city of Boulder has had a 10-cent bag fee for grocery stores since 2013. According to Jamie Harkins, Boulder's Sustainability Coordinator, the fee consistently brings in $250,000 a year for the city. That is based on the six cents that the city keeps. Based on the math, that means more than 4 million disposable bags are purchased at checkout each year in Boulder. Harkins said that the city had a study for the first four years that estimated reduced bag usage at 70%.

"I'd like to see Denver have the same rate of success that other cities with bag fees have seen," said Rink.

What about self-checkout, and grocery delivery and pick-up?

If someone is using self-checkout, King Soopers and Safeway are using the honor system, where the machine prompts you to input how many bags you used, if any.

The fee will also apply to grocery delivery and grocery pickup.

"We're getting a lot of questions, if you have your groceries delivered through Instacart or something, or you do curbside pickup, you will have to pay that fee," said Black.

Is anyone exempt from this rule?

People who use assistance programs like SNAP or EBT do not have to pay the fee.

We've talked about this before. The "Taxpayer Bill of Rights" applies to taxes. Coloradans don't have to vote on "fees."

RELATED: Plastic bags will cost you 10¢ in Denver starting Thursday