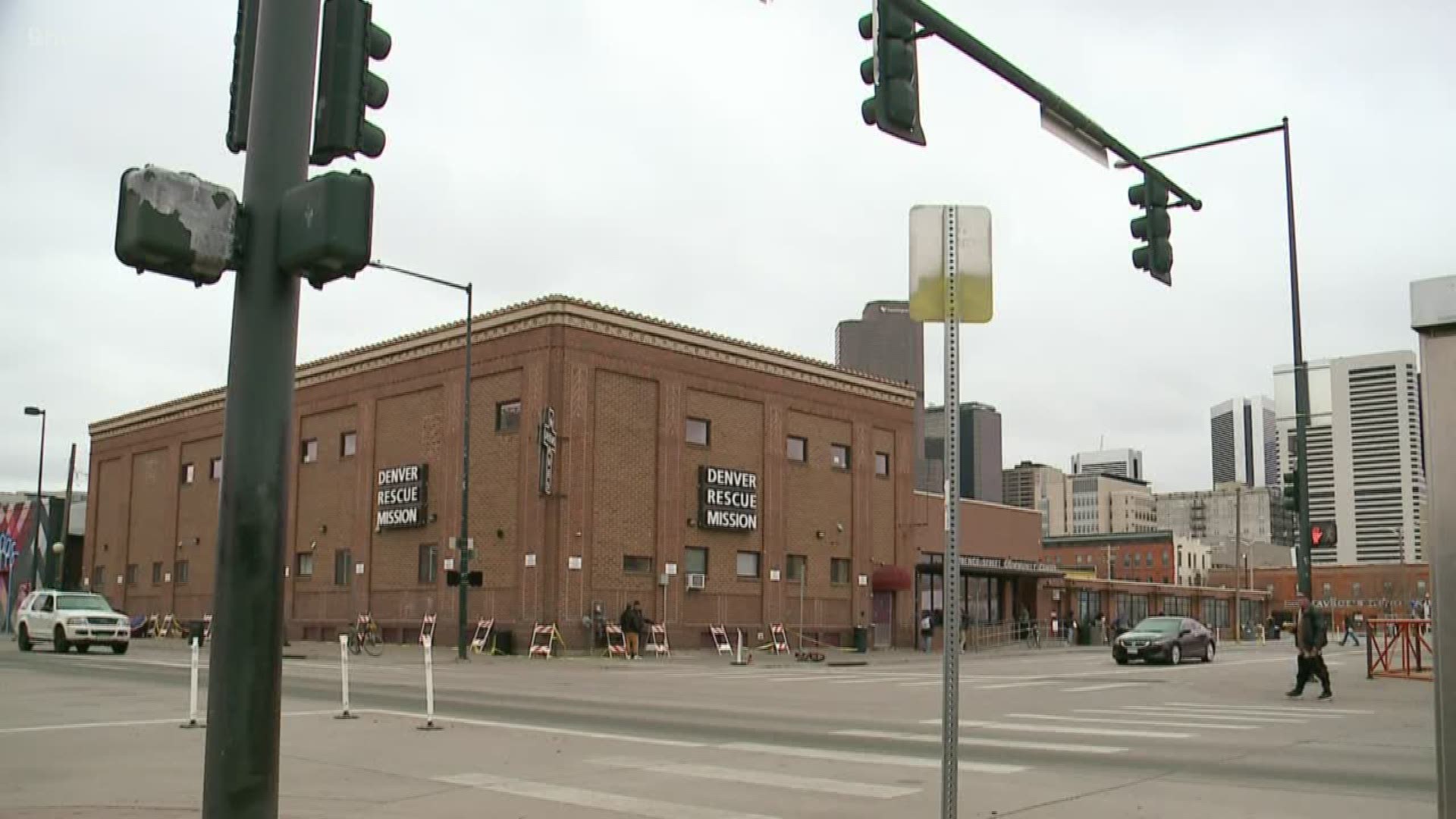 DENVER — The city of Denver confirmed the first two cases of COVID-19 among people experiencing homelessness. It comes as health officials work to come up with a plan to temporarily house the homeless and get them medical care.

While most are sheltered at home, the streets around Denver Rescue Mission are still full.

Inside the shelter, there’s no such thing as isolation.

"It is impossible to social distance in our shelter," said Brad Meuli, president and CEO of Denver Rescue Mission. "The rest of the world can do that, we really don’t have the ability to do that."

Space is limited inside the shelters. Now that rec-centers and libraries have been closed, the shelters are being used more.

Meuli believes one person who has been infected was at his shelter.

"What we’ve done is do the best we can," Meuli said. "We’re cleaning everything on an hourly basis. We’re trying to point people who may be symptomatic to places where they can go get help."

The fear now is that the virus spreads further among a population that is already vulnerable. One hundred and nineteen rooms have been secured for the homeless to stay temporarily. The city is working with hotels and motels and get more and will consider using bigger facilities that could house a large number of people in a shared location.

"We don’t have alternative spaces for people to go," said Cathy Alderman with Colorado Coalition for the Homeless. "The one thing that public health is telling everyone to do, to isolate and stay home, people experiencing homelessness don’t have a home and can’t do that."

Now the question is this:  When the government tells you to stay home, what do you do when there’s nowhere to call home?