A crowd gathered in Civic Center Park to remember and honor George Floyd. 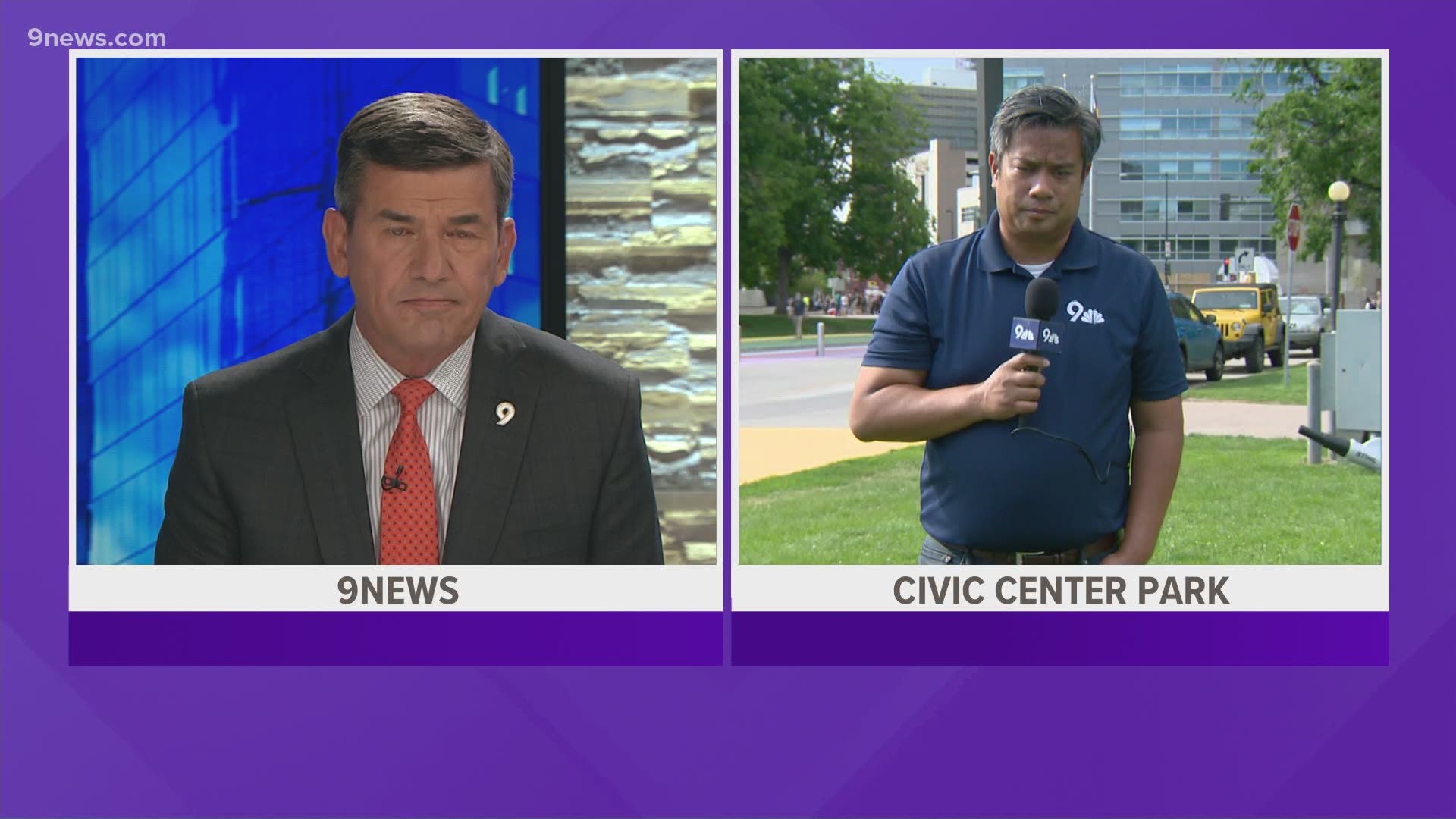 DENVER — The City and County of Denver is hosted an event Thursday morning to honor and recognize the life of George Floyd, the unarmed black man whose death while in police custody in Minnesota sparked outrage across the country.

"It’s time to inspire a sense of relief to all of us and to our children and to all the children’s children," Michael Hancock, Denver Mayor, said.

The memorial service began 10 a.m. at the Greek Theater at Civic Center Park in downtown Denver. Dozens of people were seen gathered.

Floyd was honored with singing and prayer.

Floyd died last Monday. Video shows a white officer holding his knee on Floyd's neck for several minutes, pinning him to the ground, while he can be heard saying numerous times that's can't breathe.

On Wednesday that officer, who had already been fired, was charged with second-degree murder. The three officers at the scene were also fired and charged Wednesday with aiding and abetting.

Floyd's death sparked protests across the country and even outside the U.S. some of which turned violent with demonstrators setting fires, throwing objects, and defacing property with graffiti. In Denver, several nights of protests ended in violence but demonstrations over the last few days have remained largely peaceful.

During Wednesday's protests, the large crowd fell silent for nearly nine minutes, to mark the amount of time the officer was seen in the video holding his knee to Floyd's' neck. Mayor Hancock also led a group of protesters arm-in-arm as they chanted, "hands up, don't shoot."

"George Floyd was not the first to die, but together we can make sure that he’s the last," Congressman Joe Neguse, (D) Colorado, said.

After the gathering at the amphitheater, a Shingle Oak tree was planted in Civic Center Park as a tribute that Hancock hopes will last generations.

"To honor the memory of George Floyd and all those who have died unnecessarily at the hands of law enforcement," Hancock said.