There were three inmates inside the van at the time, as well as another deputy, according to Colorado State Patrol. 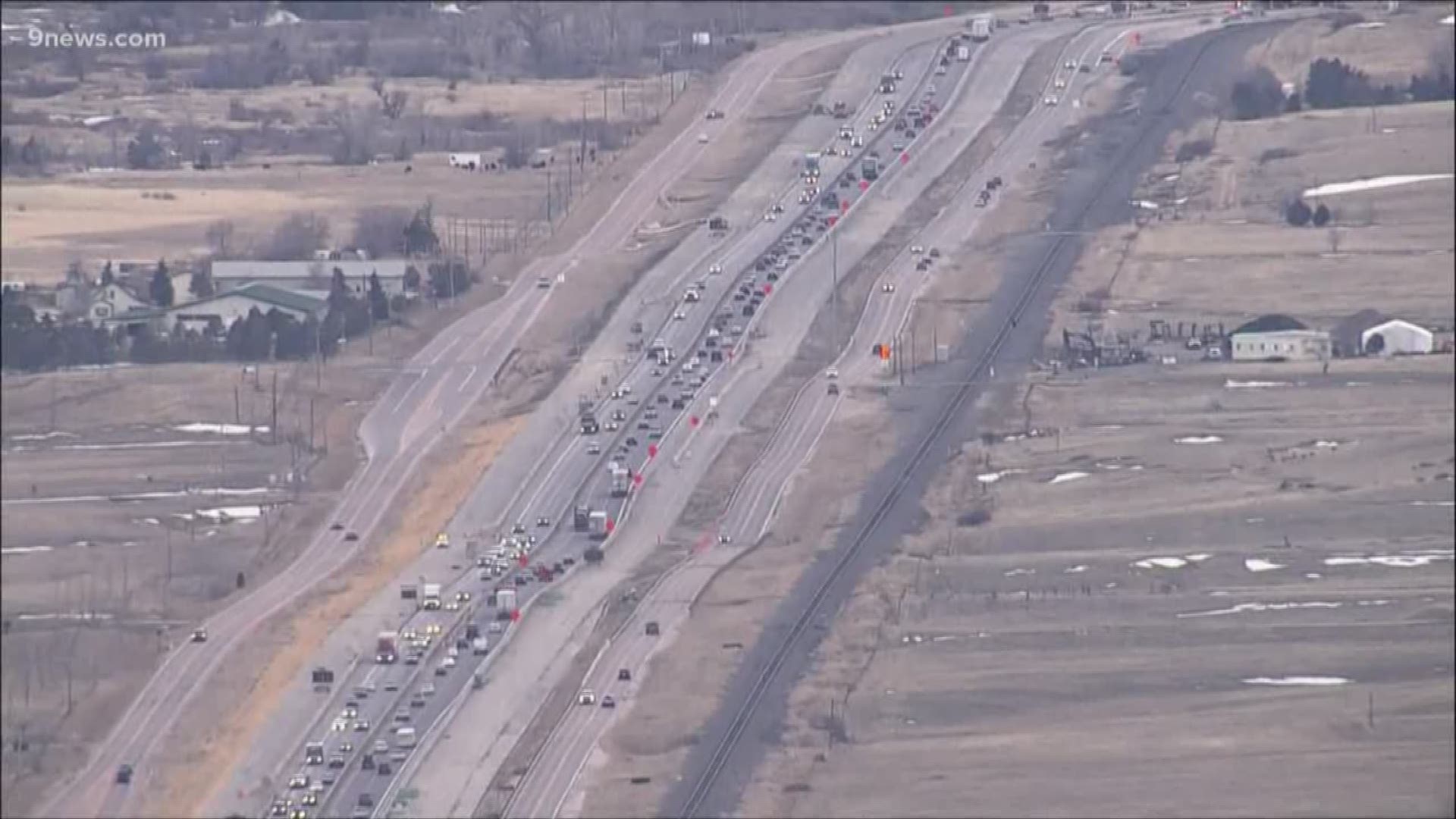 MONUMENT, Colo. — A Denver sheriff’s deputy has been cited for reckless driving, three counts of reckless endangerment and driving more than 40 mph over the speed limit in a construction zone while he was transporting three prisoners on Interstate 25 near Monument.

Colorado State Patrol (CSP) has identified that deputy as James Grimes. There were three inmates and another deputy inside the van when troopers pulled it over just after noon on Thursday.

According to CSP, a citizen was the first one to report that the prisoner van and another truck were weaving in and out of traffic in the I-25 gap construction project. Trooper Josh Lewis told 9NEWS last week there had been a possible road rage incident, and the vehicles were clocked at speeds of more than 90 mph.

RELATED: Denver jail transport van clocked at over 90 mph on I-25, CSP says

Troopers were able to track the two vehicles using aircraft resources. The man driving the pickup truck, identified as 27-year-old Daniel Franklin, was pulled over near Castle Rock, according to CSP. He was arrested and charged with driving under the influence of alcohol, speeding 40 mph or more over the posted limit in a construction zone, reckless driving, and failure to present proof of insurance. Franklin was also charged with driving under restraint for a previous alcohol offense.

Grimes was pulled over further north along I-25. CSP said there was another deputy in the van, but didn’t identify that person or say if he or she faced any repercussions.

“Both deputies were immediately reassigned and the driver then placed on administrative leave," the full statement from the sheriff's department reads. "Due to the ongoing criminal process and subsequent internal investigation, we are not able to provide additional information at this time.”