History Colorado released the digitized ledgers online this week to help confront systems of inequality and examine truths from the state's past. 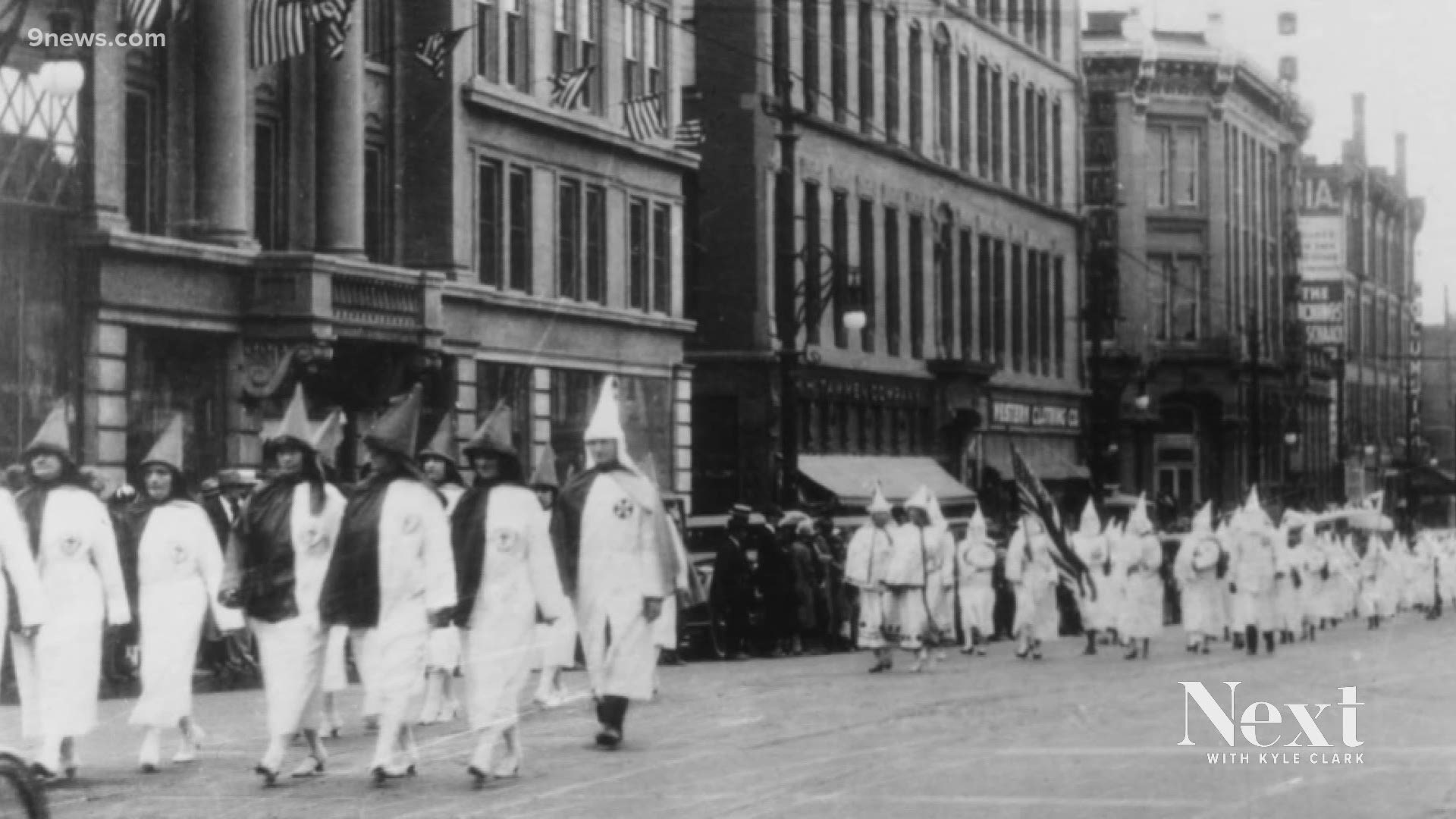 DENVER — A century ago, tens of thousands of people in Denver and the surrounding area joined the Ku Klux Klan, and their names were recorded in two ledgers that History Colorado has now digitized and made available for free online.

The ledgers include nearly 30,000 entries on 1,300 pages from the 1920s and 1930s. They are the largest archival item digitally available from History Colorado's collection, the museum announced on Monday.

The archive is available at historycolorado.org/kkkledgers.

The ledgers listed KKK membership for administrative purposes. Most of the dates listed were from around 1924 to 1926, which was the peak of the Klan's influence in Colorado, the museum said.

> Video above: A Denver dentist infiltrated the KKK in an effort to take on the hate organization

History Colorado decided to digitize and release the ledgers in the spirit of naming and confronting systems of inequality. The sheer number of entries illustrates the widespread presence of the KKK in people's everyday lives during the 1920s, the museum said.

"This historic record demonstrates the pervasiveness of white supremacy in Colorado's history and impels us to examine how it persists today," said Dawn DiPrince, History Colorado's chief operating officer, in a news release. "Working towards equity and justice requires that we examine these truths while also learning from the powerful Colorado stories of individual and collective resistance."

The ledger entries included names of individuals and businesses, dates, application information, and the amount of money received. The majority of members appeared to pay $10, while some paid $15 or $5. Institutions listed included the state Capitol, City Fire Department, and the State Hospital.

History Colorado also released additional items, including a selection of newspaper articles and photos, along with discussion guides for educators and learners.

These materials were compiled to "frame the ledgers in the context of resistance to oppression and emphasize the voices and perspectives of those targeted and silenced by 20th century organized discrimination in Colorado," according to the museum's news release.

In conjunction with the release, the History Colorado State Historian's Council will discuss the Klan and its legacies in a free virtual roundtable, "Lifting the Hood," at 7 p.m. April 28. Advanced registration is required here.

Historian Bob Goldberg, author of "Hooded Empire: The Ku Klux Klan in Colorado," will discuss the scale and scope of the KKK in the state at 7 p.m. June 15. Required advance tickets and information is available here.

RELATED: A cloud of dust swept through Baca County 86 years ago on a day known as ‘Black Sunday’