The Denver Public Library got rid of late fees at the beginning of 2019. 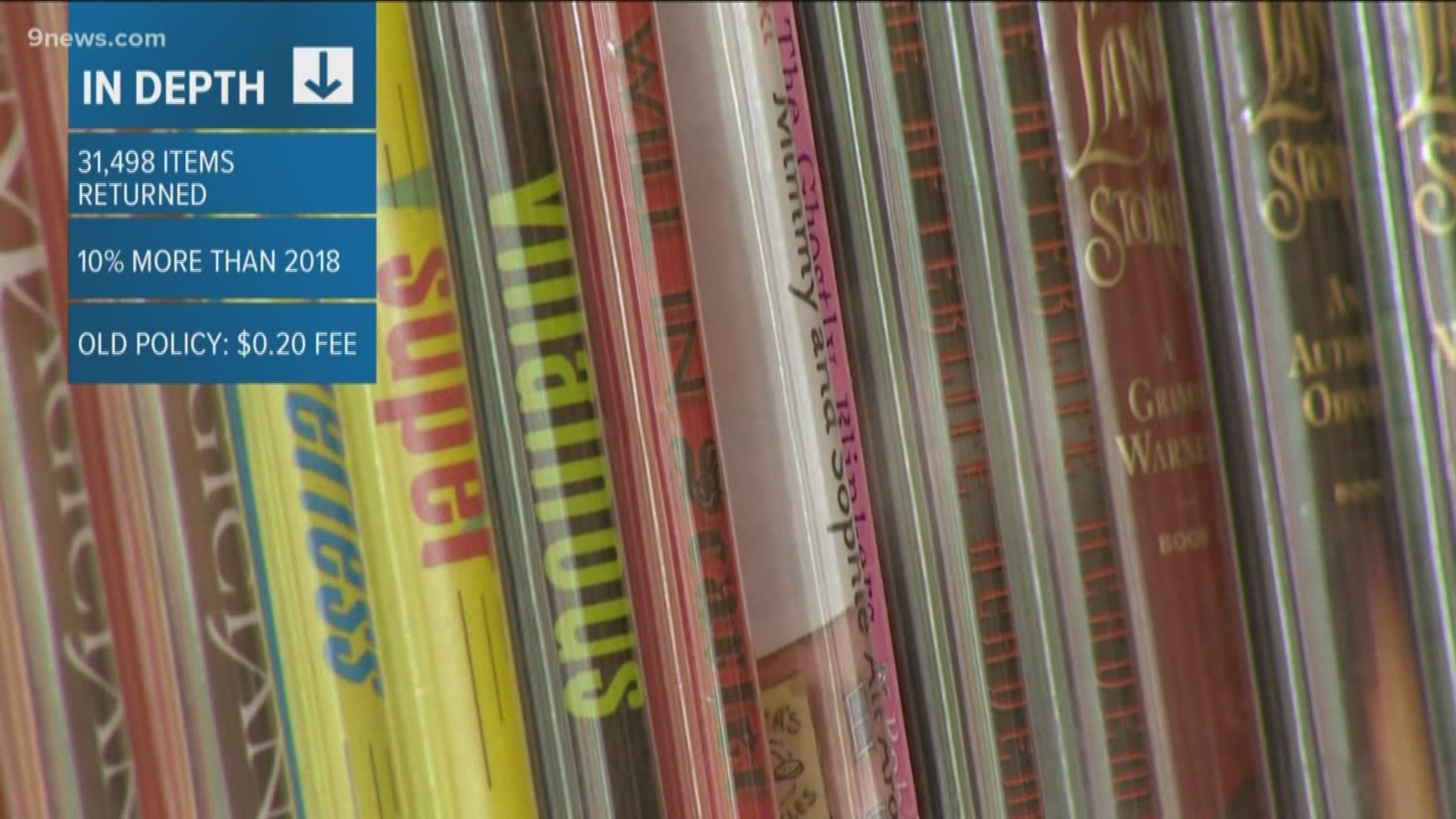 DENVER — Denver Public Library (DPL) ditched late fees for the first time this past year, and said they saw more people returning overdue books because of it.

DPL said people turned in more than 31,498 items considered lost or overdue in 2019. The library said that represents a 10% increase in returns over 2018.

The library also said that 35% of people whose fines were forgiven at the start of the year have since come back to the library.

Under the new policy, customers with items more than 14 days late will be blocked from further checkout until the items are returned. Previously, there was a $0.20 daily overdue charge per late item, with fines stopping after the 15th day overdue - resulting in a $3 max fee per item.

DPL said they hoped the effort would remove barriers for vulnerable customers who can least afford fines while also increasing customer interaction with library materials and resources.

“Too often, overdue fines penalize the most vulnerable families and individuals who can least afford them,” DPL Director of Communications and Community Engagement Erika Martinez said last year. “We want to reverse this trend and get customers back into our buildings and back to accessing materials in the collection.”

In 2018, fines accounted for $110,339 in citywide revenue. Martinez said that money did not become part of the library’s operating budget, but rather, went back into the city’s General Fund budget.

The change to policy was part of Mayor Michael Hancock’s proposed 2019 spending plan.

In 2018, Arapahoe Libraries decided to eliminate fees for overdue items. Other libraries in Colorado have adopted policies that waive late fees for kids and seniors.