Plans include the establishment of temporary, managed campsites and the creation of a new dedicated funding source for the city's homeless population. 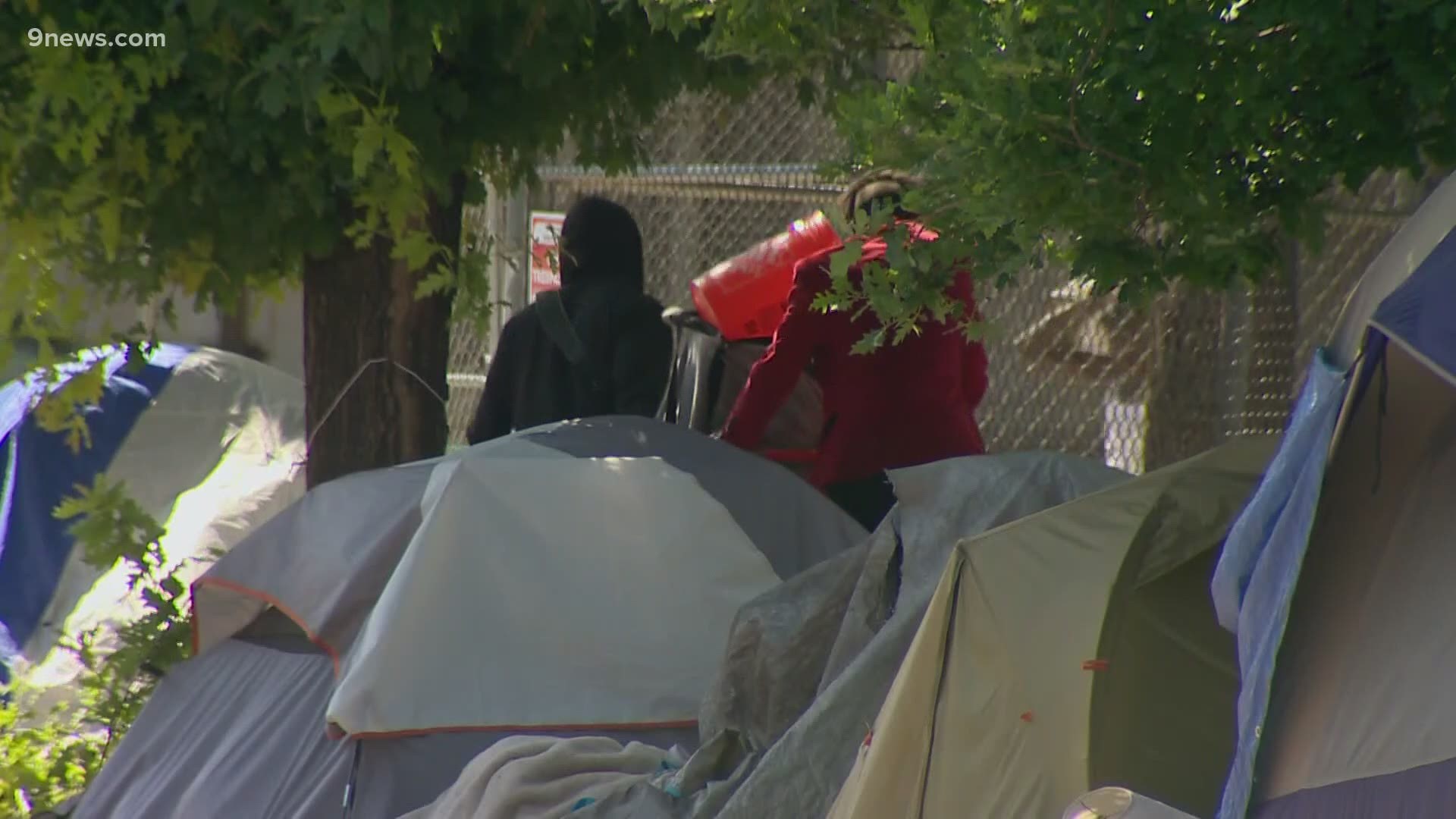 DENVER — Denver Mayor Michael Hancock on Wednesday announced his support for a two-prong approach aimed at helping those experiencing homelessness during the COIVD-19 pandemic.

Those plans include the establishment of temporary, managed campsites and the creation of a new dedicated funding source for the city's homeless population.

The Colorado Village Collaborative has proposed a "safe outdoor space" concept to provide managed outdoor spaces for emergency shelter response, according to a release from the City of Denver. It is unknown at this time where those campsites will be and how many are in the works.

>> The video above is about a proposal to built a supervised campsite for the homeless.

“Due to COVID-19, the humanitarian crisis of homelessness is even more dire today than it was just a few short months ago,” Mayor Hancock said. “These are extraordinary times that call for extraordinary measures. By supporting the Colorado Village Collaborative’s proposal to establish temporary, managed campsites, I’m hopeful we can provide a new pathway that leads to more stable housing options for people experiencing homelessness. At the same time, we can also address the public health and safety risks that the growing number of encampments in our city are posing to our neighborhoods.”

The city said it will also increase efforts to clean encampments with more frequent trash pickup and used-needle collection.

Denver Homeless Out Loud (DHOL) has been advocating for an outdoor space for a while, but said they want it to be much bigger and have called the city's proposal a photo opp.

Mayor Hancock also announced Wednesday his support for a potential November ballot measure that would raise an estimated $40 million a year to support services for people experiencing homelessness, according to the city.

If referred to the ballot by City Council this summer and approved by voters in the fall, the city said the measure would increase Denver’s sales tax by .25 percent, or 2.5 cents on a $10 purchase.

That proposal, according to the city, would increase housing options, rental assistance and supportive services. It also would increase and enhance shelter capacity and quality, allowing for 24-hour services, counseling and case management.

The city said it has spent more than $24 million in emergency COVID response funding for people experiencing homelessness.