Police departments and sheriff's offices took hundreds of calls for fireworks complaints over the Fourth of July weekend. 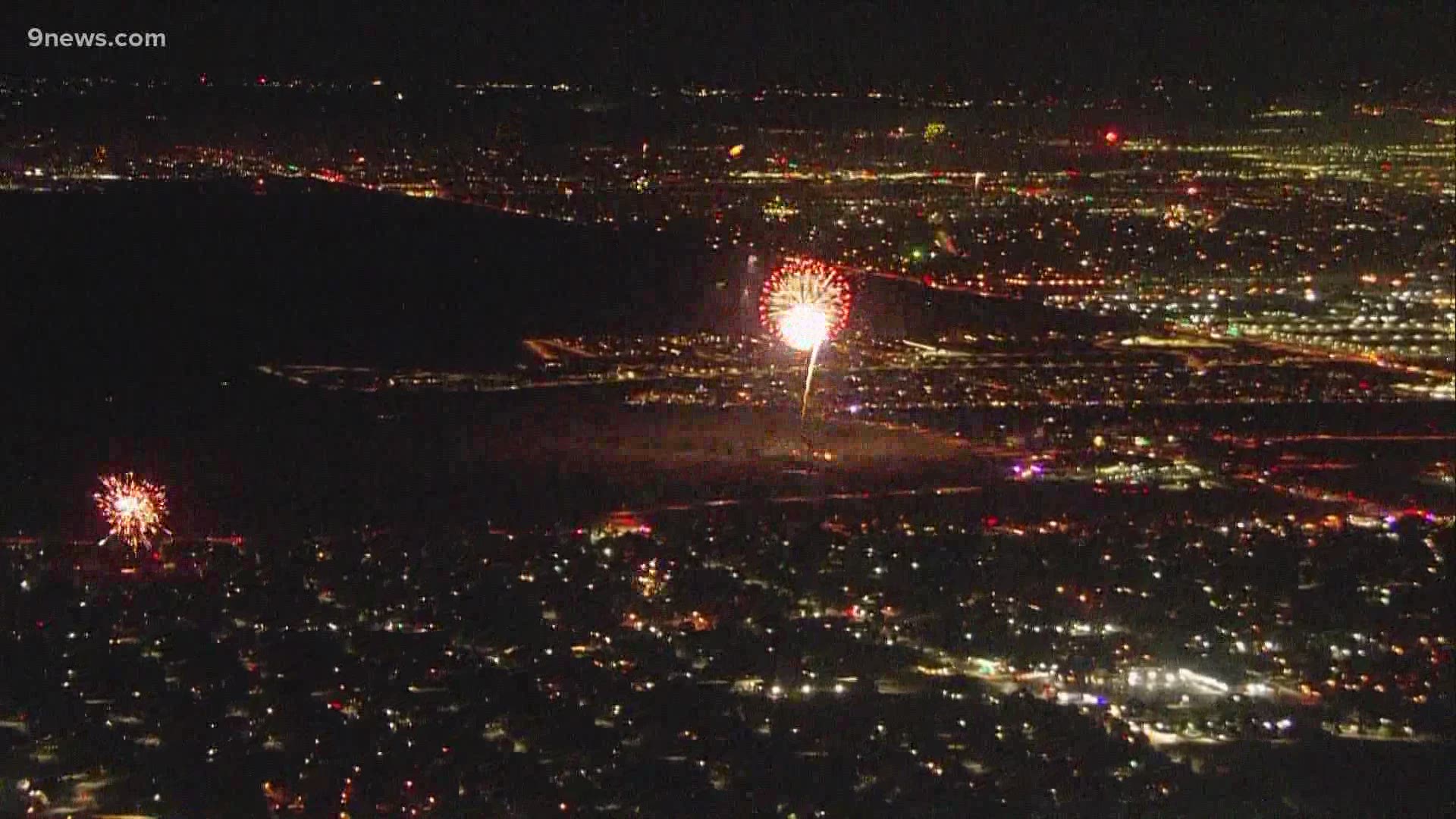 DENVER — Law-enforcement agencies across the Denver metro area were busy over the Fourth of July weekend responding to calls about illegal fireworks.

Any firework that leaves the ground is illegal in Colorado, and individual cities have their own rules on the use of fireworks. 9NEWS reached out to several police departments and sheriff's offices across the metro area about fireworks calls for service and citations.

Of those calls, 102 came from north Jeffco, 397 from south Jeffco and 44 from mountains areas.

JCSO deputies were dispatched to 237 calls and confiscated about 265 pounds of fireworks that the Sheriff's Office bomb squad will dispose of at their range.

The Arapahoe County Sheriff's Office (ACSO) responded to fireworks calls in unincorporated Arapahoe County, Centennial, Foxfield, Deer Trail and Bennett. In those areas, ACSO received a total of 351 calls for service on fireworks between July 1-5.

That was down from last year, when they got 475 calls over the same period, and approximately in line with the previous three years before that:

Deputies issued no citations on fireworks this year, according to the sheriff's office.

The Boulder Police Department said it received a total of 155 calls about fireworks from Saturday to Monday.

The Westminster Police Department said they received 322 calls for service on fireworks from Friday evening through Sunday.

The Denver Police Department (DPD) provided numbers on Monday for fireworks calls of service that showed a total of 442 calls were received over three nights: 89 on Friday, 139 on Saturday and 214 on Sunday.

That three-day total is about half the number of calls DPD received on July 4 alone in 2020 (856 calls), when the COVID-19 pandemic had forced the cancellation of fireworks shows across the state.

In fact, the calls to DPD this year between July 2-4 dropped to their lowest number in the past five years, according to DPD data.

Between June 15 and July 4 this year, DPD received 1,054 calls for service on fireworks, the numbers show.

RELATED: Were fireworks loud in your area? Not many of your neighbors reported them to police