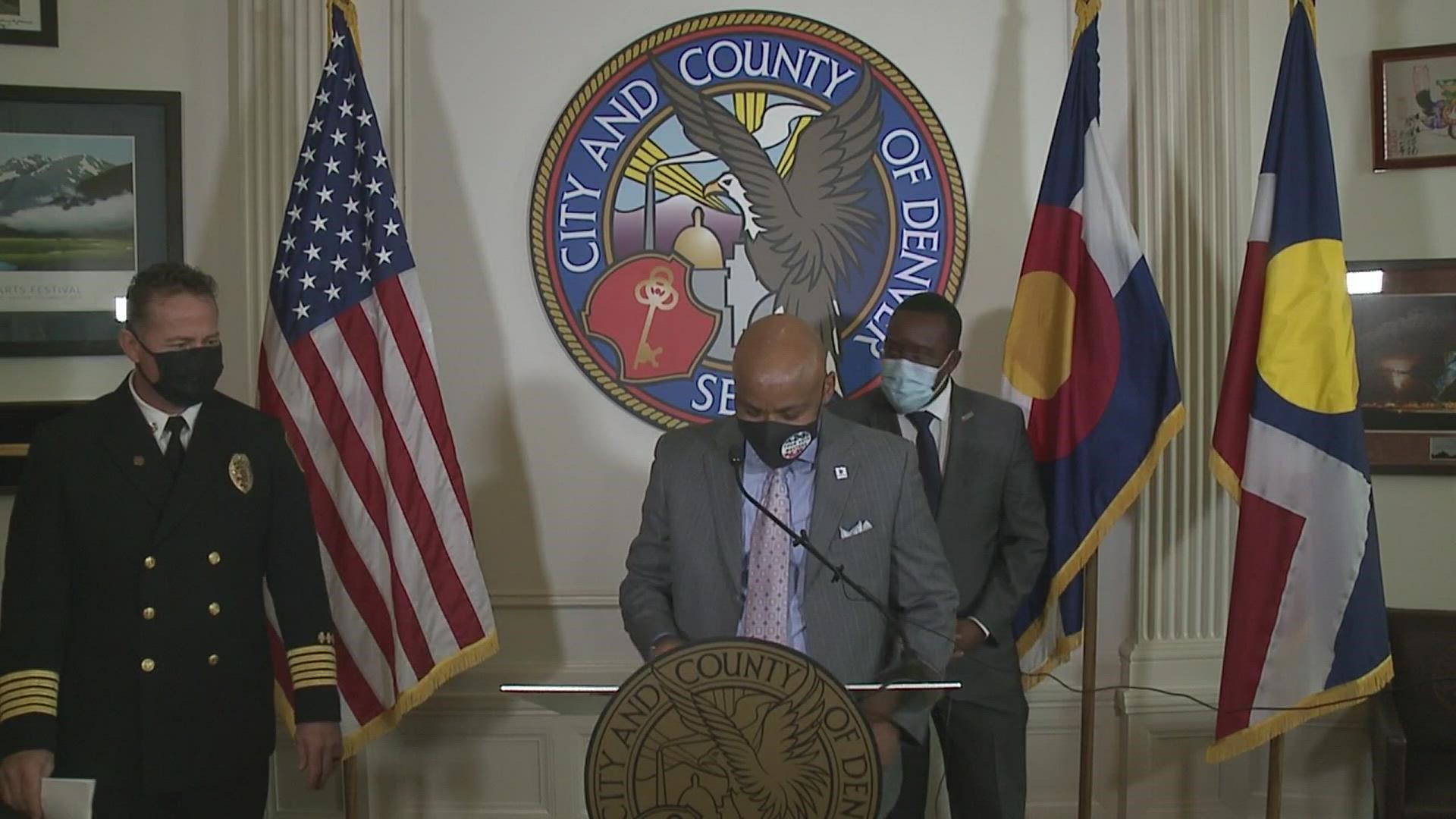 "Bottom line is, we just need to do a better job of treating each other right, being kind," said Fulton. "Doing those small things, because it's those small things and gestures that add up to make a big difference."

Mayor Michael Hancock announced Fulton's appointment Thursday to replace Eric Tade who resigned in February and is now currently a deputy chief within the department.

In his resignation letter, Tade said he came to the decision "after deep reflection on the potential benefits to the department of a change in leadership." He also referenced the "culture" of prior events that the department hosted in 2019 while he was chief.

Fulton has been with DFD since 1998 and Hancock said over the years his years in the department, he has earned the respect of his peers. There are more than 1,000 firefighter personnel within DFD who staff 39 fully firehouses throughout the city.

We knew the type of person we were looking for.. in relation to the challenges facing the department, not only budgetary but culture. That is going to be one of the most challenging aspects of the job for the next chief is to address the culture. So there had to be someone who not only had a strategy, who we felt had the fortitude to deal with those questions in a department that maybe they grew up in."

Fulton said he's up the challenge of reforming the department and increasing its diversity and equity.

Late last month, two Black women filed a civil lawsuit against the City and County of Denver alleging that they were discriminated against based on both their race and gender while working at DFD.

The two plaintiffs are Da Lesha Allen and Charmaine Cassie. Both women alleged that they were “hyper-scrutinized” for their performance during both firefighting academy, while they were on the job and that the white male colleagues were not subject to the same criticism.

A document from the Denver Department of Public Safety (DPS) says Allen was fired because she was unable and unwilling to learn the job.

The departmental order from DPS dated Oct. 24, 2019 paints a picture of Allen as an incompetent, disrespectful employee who had difficulty learning the skills for the job.

During the COVID-19 pandemic, Fulton has served as Incident Plan Commander for DFD and liaison for the department’s response. He also serves as Denver Fire representative to the city’s Equity, Diversity, and Inclusivity Team, as well as on the Mayor’s Office of Equity Reconciliation Task Force Team focused on tackling the public health crisis of racism.

"We owe it to the city to represent the citizens we serve," Fulton said. "Denver is a very diverse community and there is strength in that diversity and we just need to do a better job of recognizing that and appreciating each other."

Fulton will be sworn in on Monday.