"Long time coming," said the grandson of one of the officers. 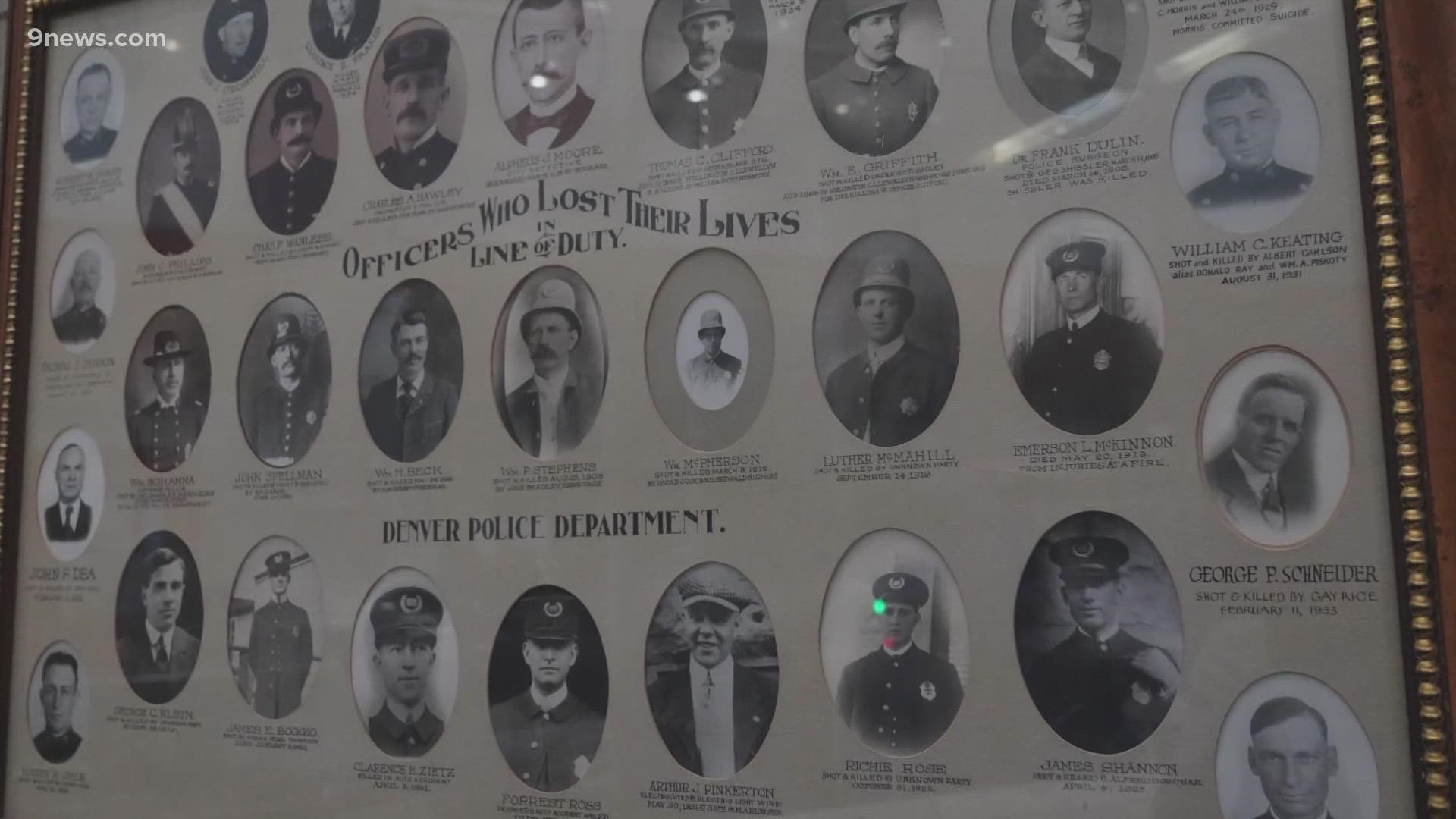 They have died in the line of duty since the department was formed in 1859. Deaths caused by gunshots and car crashes, motorcycle accidents and falls from heights. Even one electrocution.

What visitors to the memorial won’t see right now are any names connected to a global pandemic, but that could soon change.

“We have to remember. We have to honor their sacrifice,” said Denver Police Chief Paul Pazen.

The year was 1918. An influenza pandemic spread across the country. In Denver, newspaper articles looked a lot like today’s: mask mandates, people opposing them, a vaccine to fight the virus, hospitals overrun with patients. And deaths. An estimated 2,000 people died in Denver alone.

Two of them were Denver Police officers hired on the same day in 1909, who died of the virus 12 hours apart in November of 1918: Officer Peter Walsh, a nine-year veteran of the department, and Officer Frank Potestio, a married father of seven children.

“He came over from Italy and worked as a bartender for a while, and then he got on the Denver Police Department,” said Harry Queen, Potestio’s grandson.

Queen is a former Denver Police officer himself, having retired in 2005 after 34 years on the job. Before he got vaccinated, he had his own experience with a deadly virus. He was infected with COVID-19 twice.

“I really didn’t have any energy, and I really felt like I had the flu or something ... and I was pretty much bedridden for five or six days,” he said.

As sick as he was, Queen was a lot luckier than both his grandfather and Walsh, whose deaths he has long believed were in the line of duty.

Pazen agrees. He said the two officers worked on Denver’s north side, the area hardest-hit by the 1918 pandemic.

“They had to go out on foot. They had to interact with folks,” Pazen said. “It is highly probable that these officers contracted this virus in the completion of their duties.”

This is why Pazen plans to add Potestio and Walsh to the memorial wall, probably sometime next year.

On a recent visit to the family cemetery in Wheat Ridge, Queen reflected on his grandfather’s life and death, describing him as a loving family man and a dedicated cop. He said having his grandfather’s name on the police memorial would be a fitting tribute, 103 years in the making.

“He, obviously, was a heck of a good man," Queen said. "It would have been an honor to have known him, but it’s an honor to just be related to him."

RELATED: COVID has killed about as many Americans as the 1918-19 flu