This fence in Cherry Creek is full of art 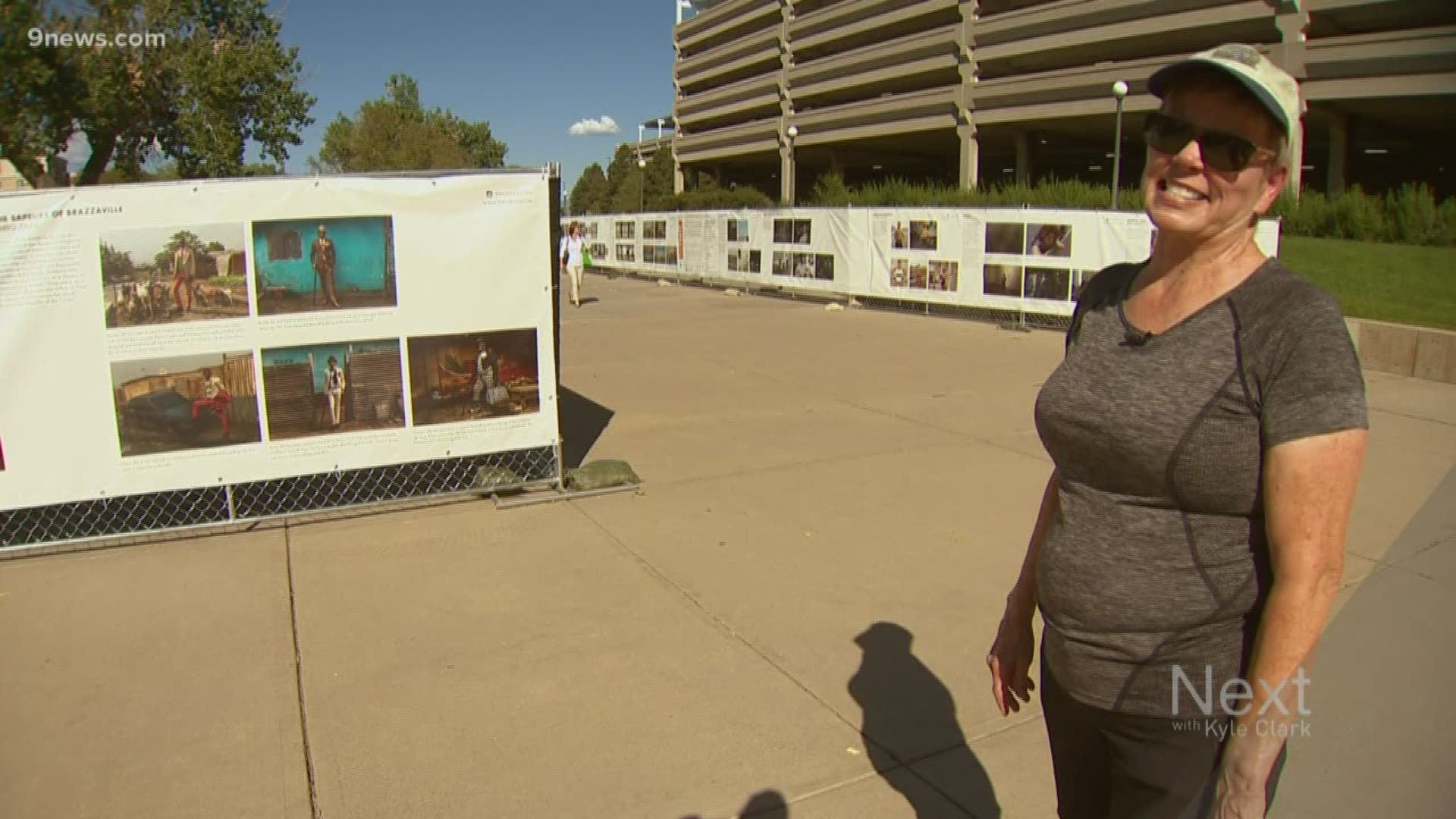 DENVER — Fences are typically designed to keep us bound -- trapped into or barred out of certain places.

But one wiry structure on the south side of the Cherry Creek Mall does just the opposite. It's intended to open us to the world of photography.

“It made me think something was going on. I thought construction at first,” said Roberta Simonton, she walks through this little park behind the mall’s parking garage about once a week. “Then I'm going down the steps, and this exhibit with all the amazing suits that the gentlemen have on is just great.”

installation is called THE FENCE. It was developed by United Photo Industries and first displayed in 2012 under the Brooklyn Bridge in New York City.

“This is the seventh edition that is up, and that launched in 2018. That was shown in eight different cities,” said Samantha Johnston., the executive director of the Colorado Photographic Arts Center (CPAC), and one of over 70 jurors on the exhibit. “The idea is to remove photography from the context of the gallery and provide an opportunity for photography to be in the public realm,” Johnston explained.

The exhibit features images made by 45 different artists from all over the world. Each city it travels to features a section of local talent. The one in Cherry Creek shows off nine different Colorado-based photographers: Matthew Defeo, Brian Fouhy, Andrew Forestell, Paul Sisson, Javier Alvarez, Beth Johnston, Wendi Schneider, Preston Utley, and Portia Hensley.

THE FENCE may seem familiar to some people.

“The last time THE FENCE was installed in Denver in 2017 we were at 16th and Market which was a busier area, but not as much sidewalk space,”  Johnston explained.

They held off on displaying the updated version in 2018 until they found the right spot. This little park behind the mall gets traffic from people on the Cherry Creek path, and those going into and out of the mall.

“We really were focused on finding an area where there could be pedestrian traffic,” Johnston said. “People could get up close to the fence and really take their time.”

THE FENCE is a simple idea. Print out some amazing images made by talented artists, and make them visible to as many people as possible for free. What is usually seen as a barrier, here is viewed as a community enriching art exhibit.

“Oh I love it. I love it,” said Roberta as she was about to meet her friend and continue her morning walk. “Hopefully a lot of people have a chance to see it,” she said walking up the stairs with a laugh.

The eighth edition of THE FENCE will be installed Oct. 16. The regional Colorado artist displays will remain the same, but the national and international works will be updated. CPAC will host a free walkthrough with one of the founders of the exhibit that evening at 5 p.m. THE FENCE will be on display until early December 2019.