"These young people created space for us and allowed us to join their march. And then, they corrected me when I said that. They said this is our march." 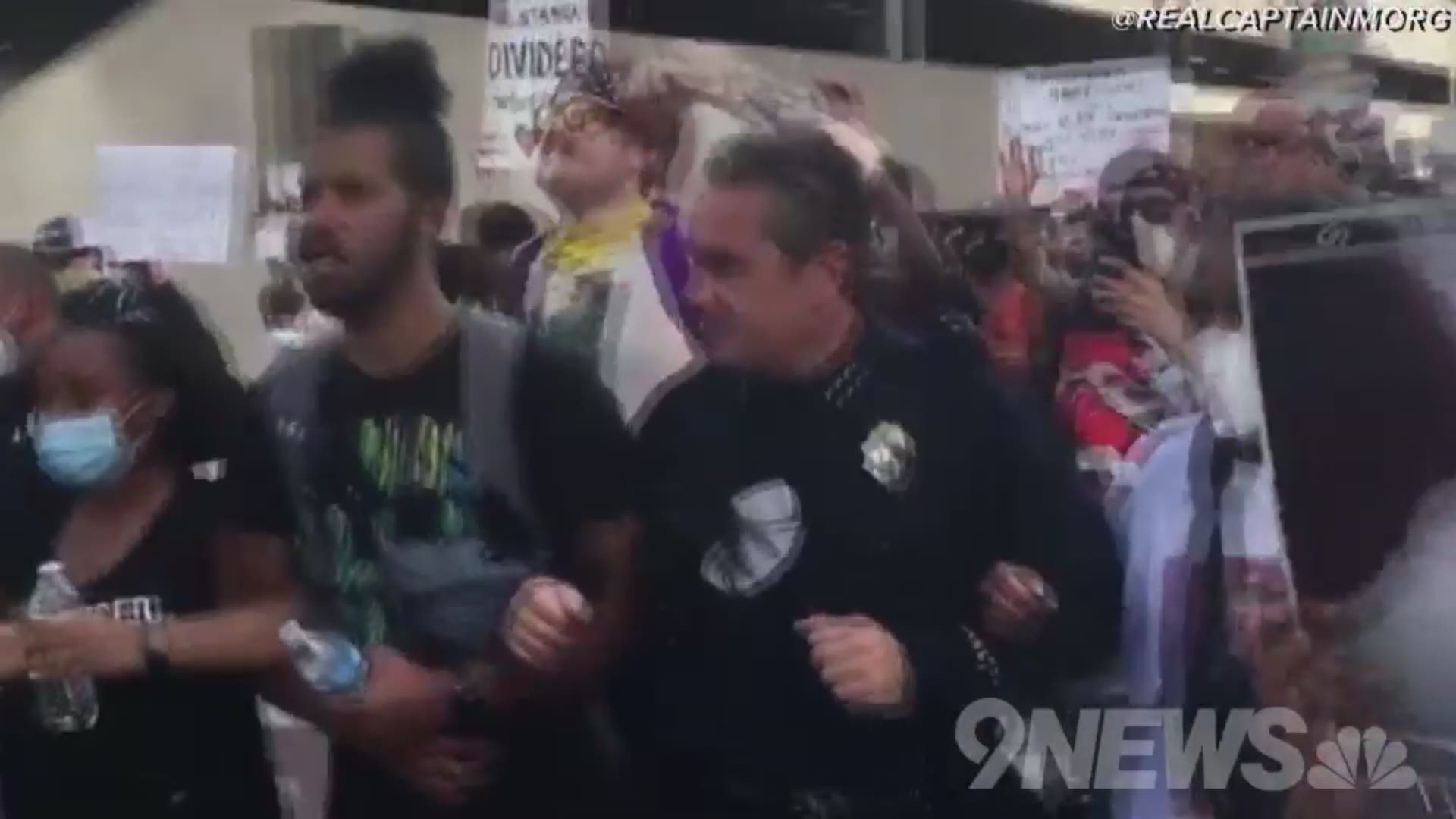 DENVER — After days of protests that ended in clashes with officers and property destruction, Denver Police Chief Paul Pazen walked with demonstrators as they marched peacefully through downtown during the day on Monday.

Video shows Pazen walking arm-and-arm with people as he speaks with them and also chants the name George Floyd, the man whose death at the hands of an officer in Minneapolis inspired protests across the country. Another Denver officer appears to be marching, too.

"I listened, and we had some very powerful conversations - a young lady that shared with me that she's tired, that she's in pain, that her heart," Pazen said in an interview with 9NEWS. "These young people created space for us and allowed us to join their march. And then, they corrected me when I said that. They said this is our march. It was a very powerful moment, and it's something we need to build on as a community."

Demonstrations continued peacefully into Monday night (as of this writing), despite people staying in the streets after the city's 9 p.m. curfew. That's a change from previous days. 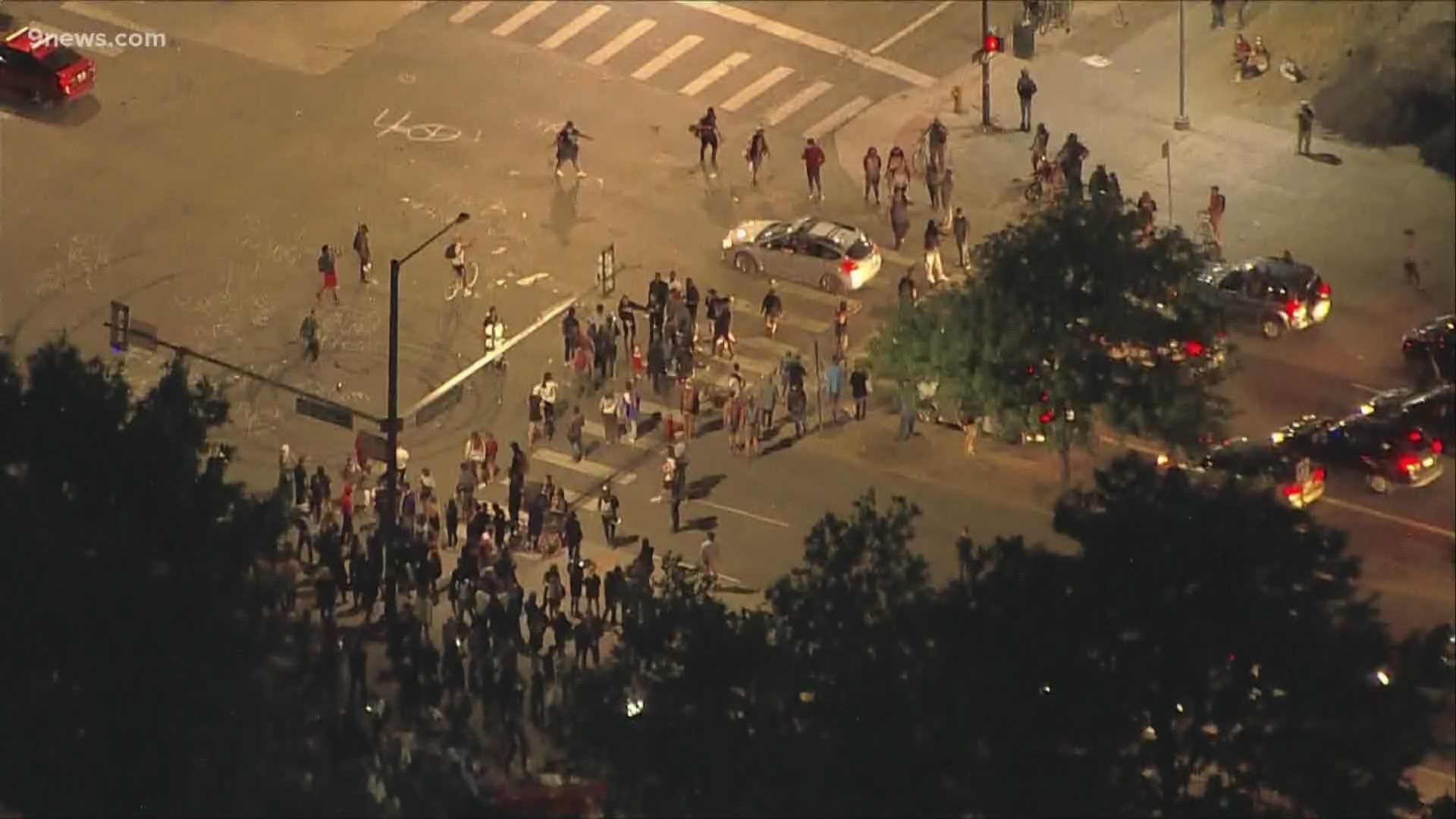 Saturday, officers used gas to push back people from the makeshift barriers they built to keep the police away. Gas was also used before that night's 8 p.m. curfew hit. As the night went on, protesters started fires and painted graffiti, and officers fired non-lethal weapons at them, as well as some journalists who then sent a letter to the department, Mayor Michael Hancock and Colorado Gov. Jared Polis asking for an investigation.

Officers were also filmed using force on people who were not aggressive.

Pazen said he himself submitted videos he saw online to the internal affairs office for review. He also told 9NEWS he will not hesitate to pull officers from the protests if necessary, though it was not clear if any of the officers under investigation have been pulled already.

"Beyond holding officers accountable for policy, we need to make sure that all of us, including myself, are accountable, and accountable to our values. And anybody who can't do that will certainly not be out on the streets, protecting the city," he said.