4 Denver agencies addressed a huge uptick in fireworks calls this year, and provided tips for safe Fourth of July celebrations. 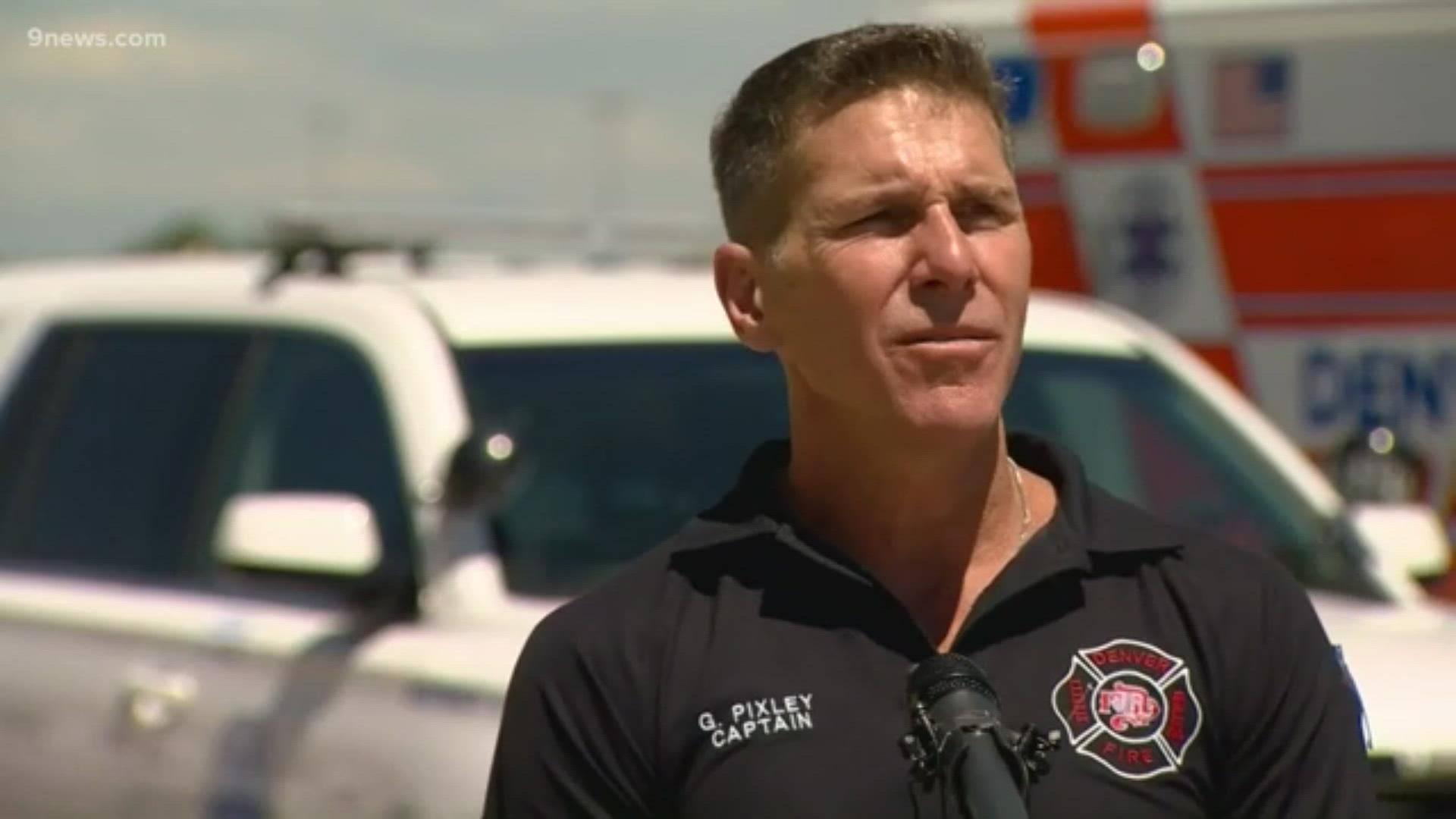 DENVER — Multiple Denver agencies held a joint press conference Wednesday to address illegal fireworks ahead of the Fourth of July holiday after more than 750 complaints in recent days.

Over the past week, calls about fireworks in Denver are up more than tenfold compared to the same time last year, according to data provided by the Denver Police Department (DPD). Over the same period last year, police said there were only 69 calls for illegal fireworks in the city.

The agencies discussed concerns about illegal fireworks, pet and personal safety and encouraged safe Fourth of July celebrations. You can watch a replay of the full press conference in the video player above.

"With the weather patterns we have in Colorado, and with the likelihood that these fireworks could errantly go off or be misdirected, the potential for fires and dangers are extreme," Pixley said. "The Denver Fire Department gets far more calls during this period of the Independence Day holiday."

Fireworks that leave the ground are illegal in Colorado unless you have a permit and are a trained professional. Using illegal fireworks could also come with a steep fine.

"If you get caught with possession or lighting them off, you're subject to up to a year in jail and also up to a $999 fine," DPD Commander Mark Fleecs said. "Over the course of the next two or three weeks we're going to have officers in most areas of the city dedicated to fireworks enforcement. We're also conducting undercover investigations for those involved in sale and transport of fireworks in Denver."

Fleecs said as of Tuesday, at least four people in Denver have been arrested for selling illegal fireworks out of pick-up trucks, box vans or their homes.

Numerous sanctioned fireworks shows across the state have been canceled due to social distancing concerns from the COVID-19 pandemic, but that hasn’t stopped amateurs from creating their own shows.

RELATED: 46 firework shows (and 65 canceled ones) across Colorado

Video shared by a 9NEWS viewer on Sunday showed a seemingly professional fireworks display in the gravel lot near West 29th Avenue and Delgany Street in the River North neighborhood.

Aurora, Lakewood and Douglas County have also seen a spike in firework calls compared to last year. The National Fireworks Association said that sales of consumer fireworks are up "enormously" year over year.