Through arbitrator, Denver police, city agree on contract terms through 2022

Representatives of Denver and the DPPA began negotiations June 30 and declared a deadlock Oct. 16, the parties previously announced. 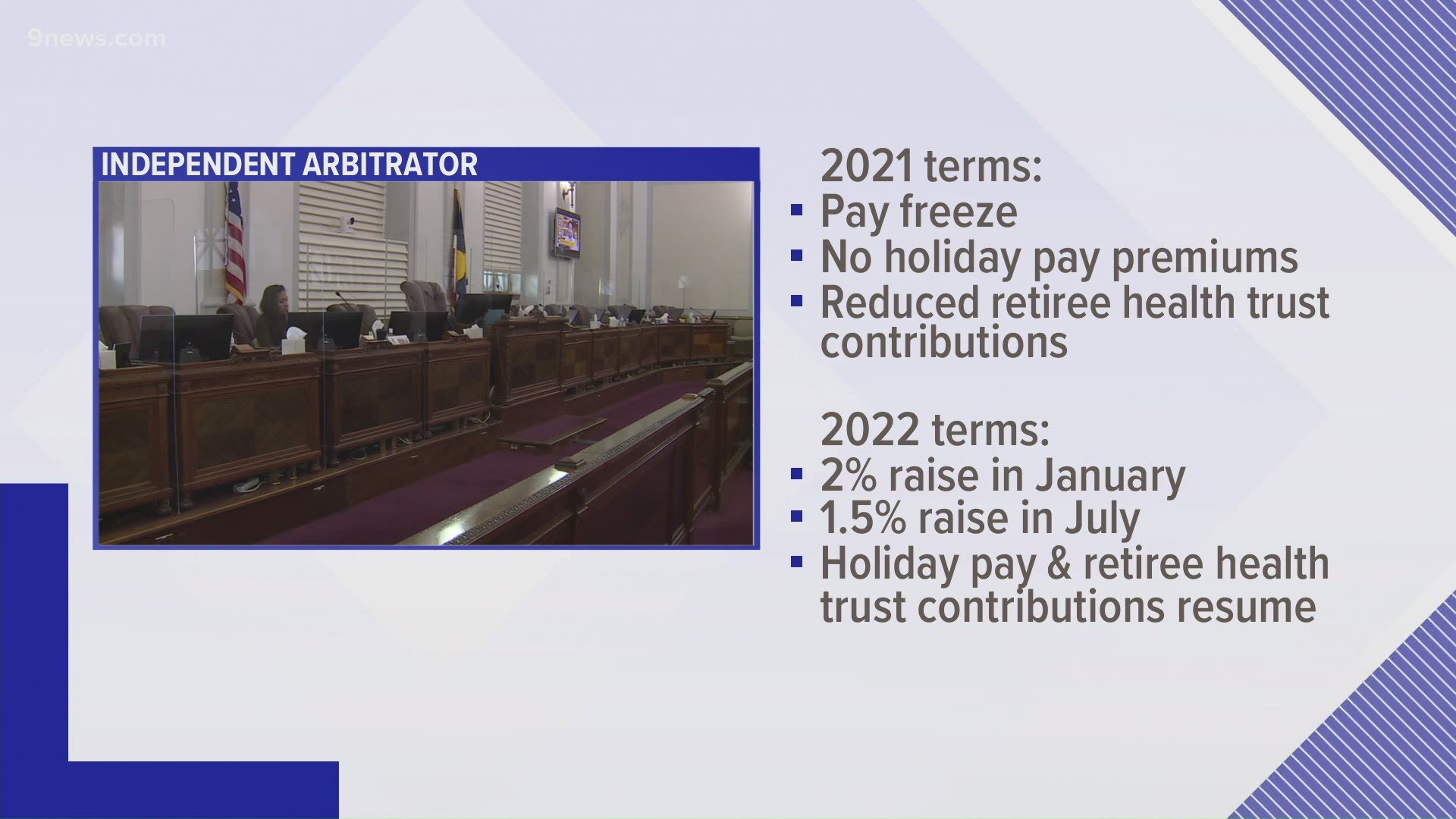 DENVER, Colorado — An independent arbitrator has decided on new contract terms for Denver Police Department officers through 2022, including two pay raises in 2022.

According to a news release, the terms include a 2% pay raise on Jan. 1, 2022 and a 1.5% raise on July 1. The terms also include a pay freeze and no holiday pay premiums in 2021, along with reduced city contributions to the retiree health trust, according to the news release from the Denver Police Protective Association.

In the release, the DPPA expressed thanks to the mayor's office, the office of the city attorney and City Council members who supported the contract outcome.

The public information officer for the Denver City Attorney's Office said in an email that information released as of Tuesday by the police union about the new contract terms is accurate.

According to the news release, other current contract terms continue unaffected. Holiday pay premiums and the city's full contributions to the retiree health trust will resume in 2022.

RELATED: Negotiations between city, Denver Police union at an impasse