The account posted numerous strange, threatening and racist tweets throughout the night. 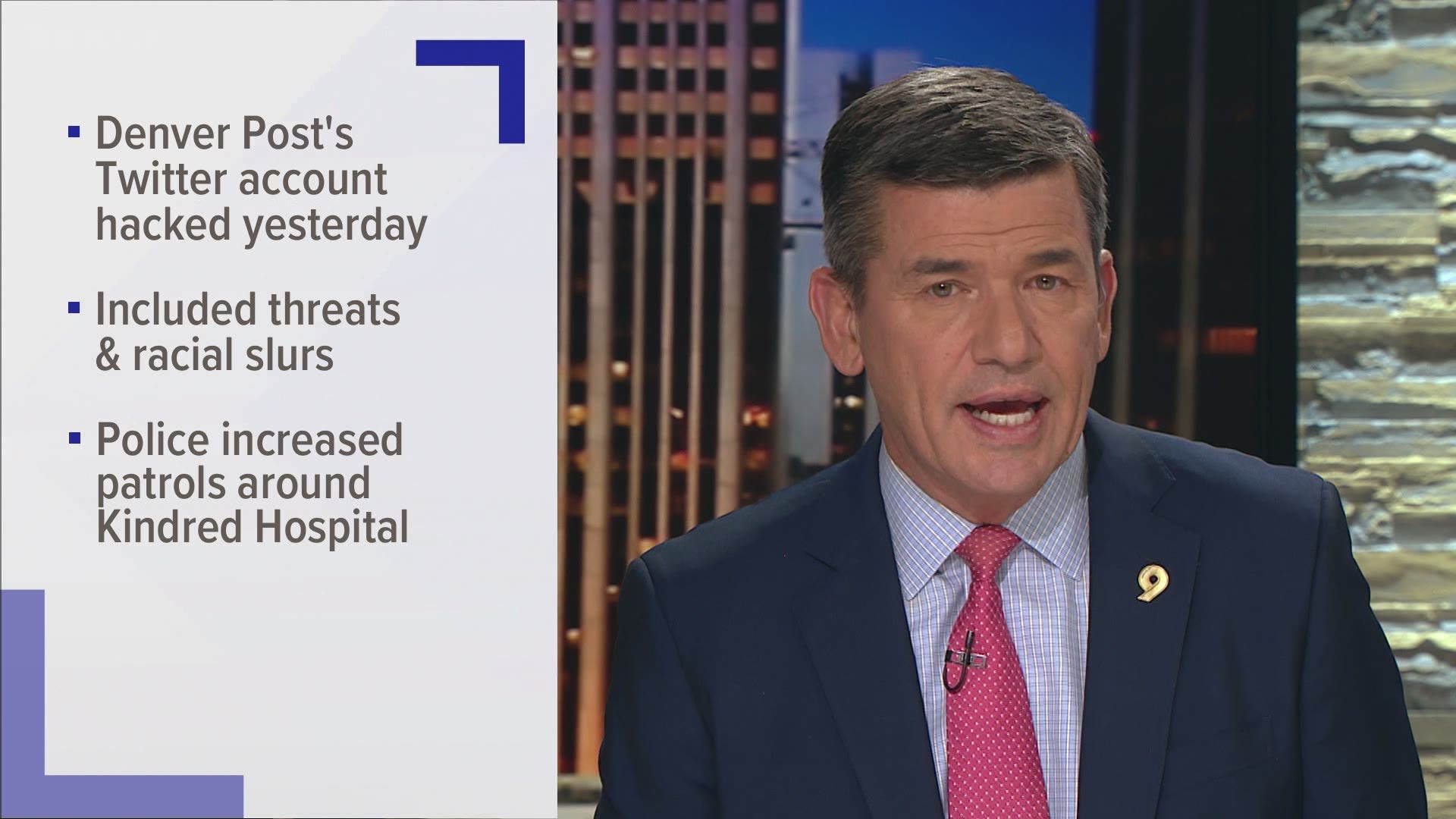 “The repulsive tweets do not reflect the views and values of The Denver Post and the appropriate authorities have been contacted as we investigate how this occurred,” said Lee Ann Colacioppo, editor-in-chief of The Denver Post.

The most offensive tweets include one that used the N-word and said “sh-- skins” are banned from Denver beginning on Jan. 1, demanding that Black residents evacuate the city.

Another tweet, claiming to be from Salem, Oregon resident Gunner Levy, said that 12 bombs have been planted at Kindred Hospital Denver. “I’m going to explode them on the new years, All will die,” the tweet said.

According to Tampa Bay news station WTSP, Levy has been the victim of hacking pranks twice before in February 2019 and November 2017.

RELATED: US cybersecurity agency warns of 'grave' threat to government from hack