Sections of the building are constructed off-site, then pieced together in a matter of weeks. 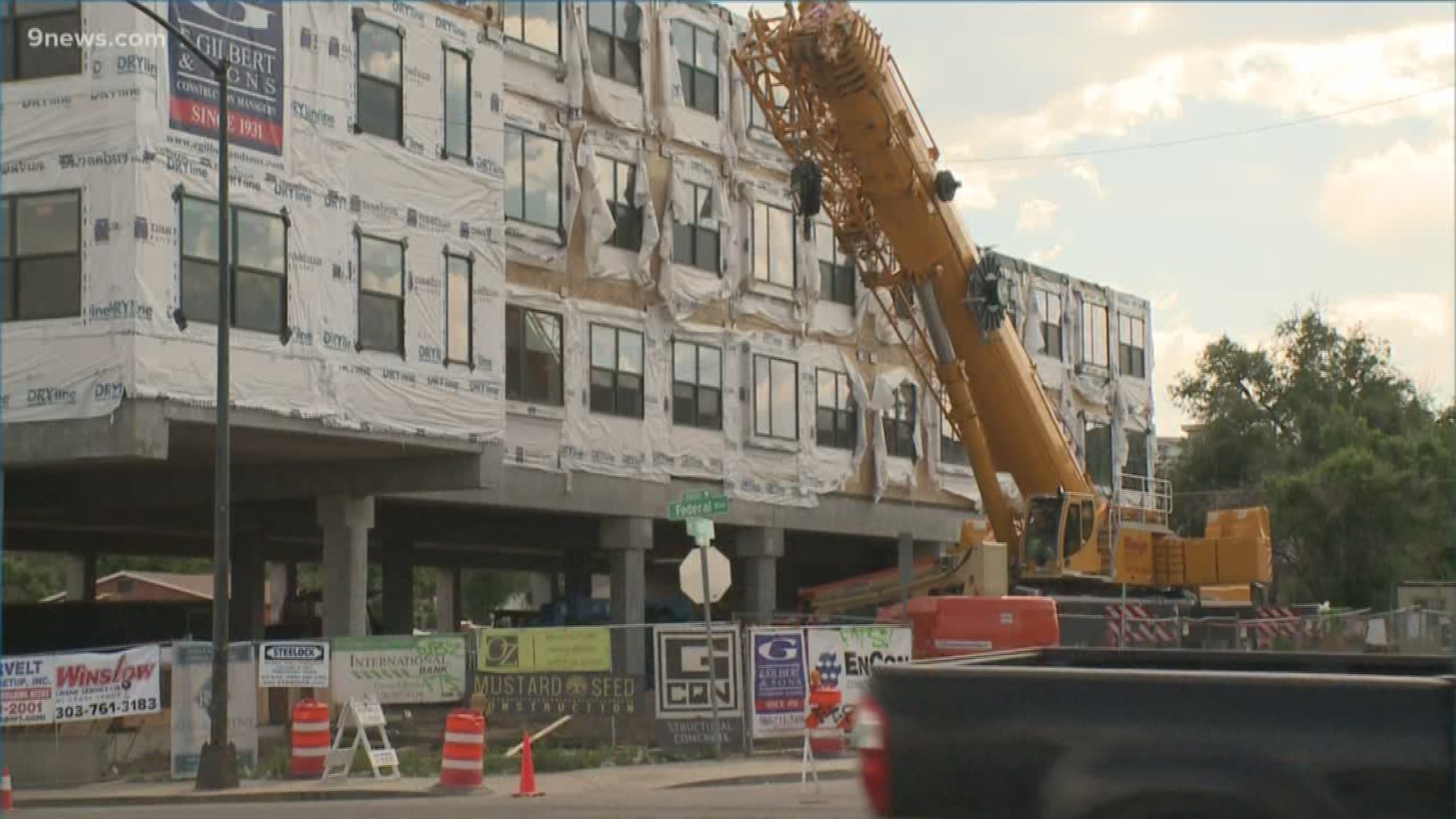 DENVER — Europe has a problem with space. Denver has a lot of people with more on the way.

So, a Denver architect decided to take a very European approach to building new apartments near Broncos Stadium at Mile High.

“We chose to go with a modular project in order to increase our speed to market for the 43 units we constructed here,” said architect Matt Chiodini with OZ Architecture in Denver.

‘Here’ is 1775 Federal Boulevard, just north of West Colfax in the shadow of Broncos Stadium. The four-story apartment building is currently in the final phases of construction. Contractors still must finish up the plumbing and they have yet to install siding on the building, however, getting to this point in the project took weeks, not months.

A company in Idaho constructed the building in sections it calls boxes. That includes the apartments which, before they ever arrived in Denver, were fully finished from drywall and paint, to the kitchen appliances and bathroom fixtures. That work took four weeks.

The boxes were then shipped to Denver to the work site on Federal and a crane operator lifted them into place, stacking them like Legos.

“It took approximately two weeks to set all of the modular boxes and bring the building to fruition,” said Chiodini.

“It only took five crew to set all of the boxes,” he added. “That crew was able to set and place 66 boxes in a very short amount of time, where we would have required a framing crew, a drywall crew, finishing for the interior for cabinetry... all of that comes complete from the plant so we're not spending a lot of extra time constructing on site.”

The work was also easy on neighbors. Chiodini said road closures because of the construction were minimal. He called this modular style of building the future of housing because it has the potential to cut construction time in half. That, he said, could be good for Denver.

“Denver has seen an explosion of multi-family and we’re still struggling to keep up. Our ability to shorten that entire development cycle, to be able to provide more attainable housing is really the onus of going with this delivery method.”

Another perk of the modular construction: There are no shared walls between apartments. It helps with noise, said Chiodini.

This type of construction also isn’t new for Colorado. The Idaho company that pre-built the apartments for the Federal Boulevard project, was also hired for townhouse projects in Vail.