Of the roughly 6,000 guards working in Denver, about six have been cited for licensing issues in the two years since the requirements were strengthened. 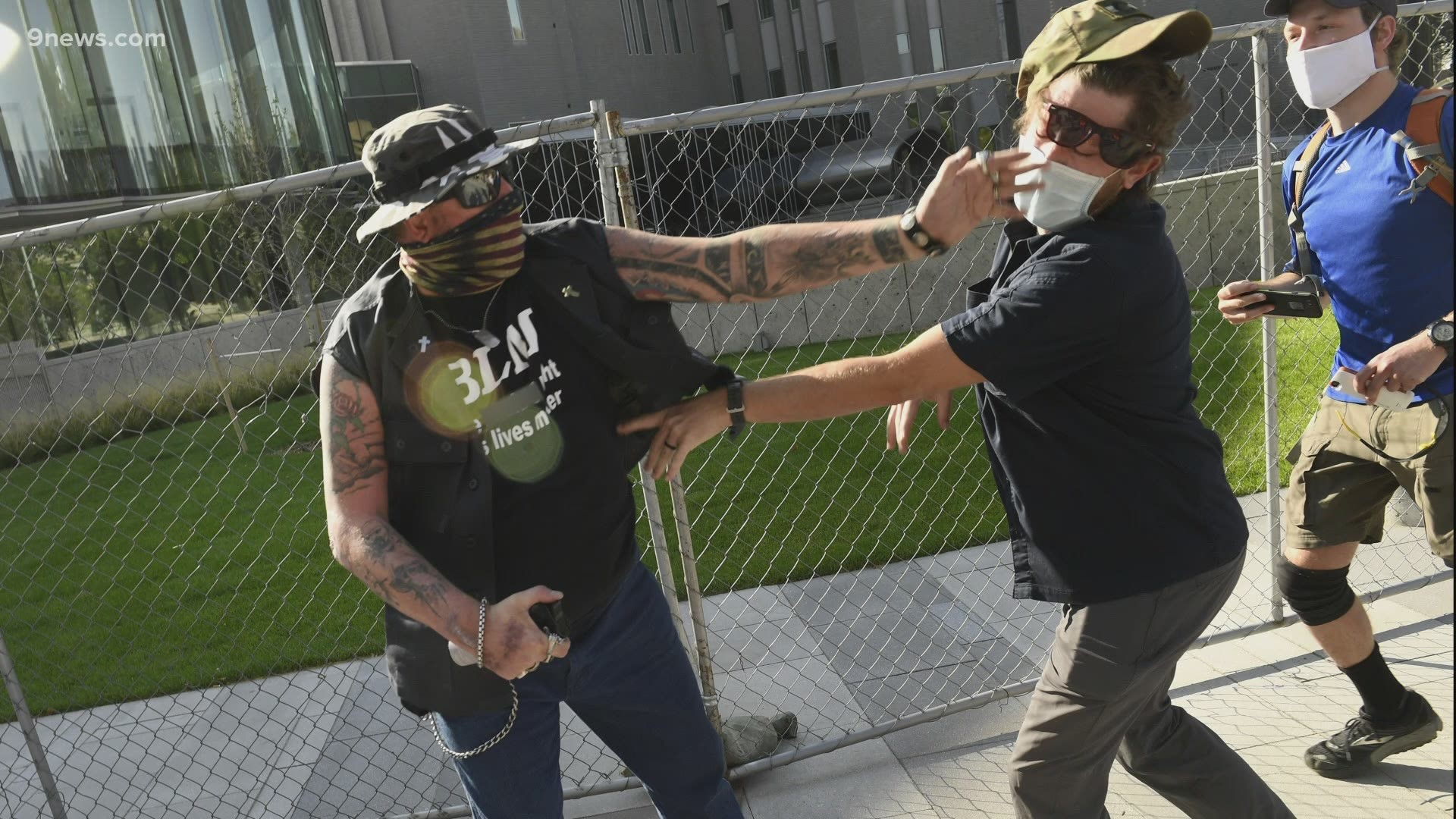 DENVER — The city of Denver is reminding security guards – and the companies that hire them – that the city has strict regulations on working security.

The move is in response to the unlicensed security guard who is accused of shooting and killing a man near downtown Denver during dueling protests while working as a contractor through the Pinkerton firm for 9NEWS.

The director of Excise and Licensing, Ashley Kilroy, who oversees security guard requirements in Denver said the regulations are mostly about training, and that's why her department is getting the word out, again, on what it takes to legally work security in Denver.

Matthew Dolloff was working for the security company contracted by 9NEWS to provide security for journalists covering protests – it was later learned he did not have a license.

Kilroy said of the roughly 6,000 guards working in Denver, they've only had about six cited for licensing issues in the two years since they strengthened the requirements.

She said she's confident that most are complying because to work security in Denver you have to apply through a company that has hired you, and they have agents who approach security guards on duty and ask to see their license.

But Kilroy said this is not just about paperwork, the licenses come with required training.

"Unfortunately ... this individual (Dolloff) was not licensed," she said, "and part of our training does require 'use of force' training that does provide information on how to handle situations like that."

Kilroy said the department tries to keep the cost of a license low, $50 for the initial and $25 for renewal, so potential security guards and the companies who hire them will comply.

“Education is a critical element for all of Denver’s required licenses,” Kilroy said in an earlier news release. “That’s why we launched an education campaign after our security guard licensing requirements were strengthened in 2017. We’re determined to continue that educational effort, so the security guard industry and individuals are all complying with the law designed to improve public safety.”

Denver’s regulations for private security guard employers and individuals include requirements for an FBI background check, at least 16 hours of training from an approved security guard training provider and eight hours additional training every year before a license is renewed, the news release said. Training must cover, at a minimum, duties of a security guard, communication procedures and protocols, interaction with law enforcement and use of force. In addition, applications are required and subject to review and approval, for additional license endorsements, such as carrying a firearm or performing security guard duties while not wearing a uniform.

“Police recognize and value the role private security guard companies and their employees play in providing public safety services in Denver,” Joe Montoya, division chief of investigations for the Denver Police Department said in the release. “It is our goal to work collaboratively with security providers while ensuring all security employers and individuals providing security services are doing so lawfully, and in the best interest of public safety and the citizens of the City and County of Denver.”

"As stated [Monday], 9NEWS does not contract directly with individual security personnel. 9NEWS contracted with Pinkerton and had directed that security guards accompanying our personnel not be armed. None of 9NEWS’ crew accompanied by Mr. Dolloff on Saturday were aware that he was armed."

EDITOR’S NOTE: Casey Nolen contributed to this report. 9NEWS is used to covering many different kinds of stories, but usually we’re not directly involved in them. For this reason, Casey Nolen from our sister station KSDK in St. Louis is covering the initial stages of the shooting and investigation.