For six years, the city will only hand out transporter licenses to people who fit the state's social equity criteria. 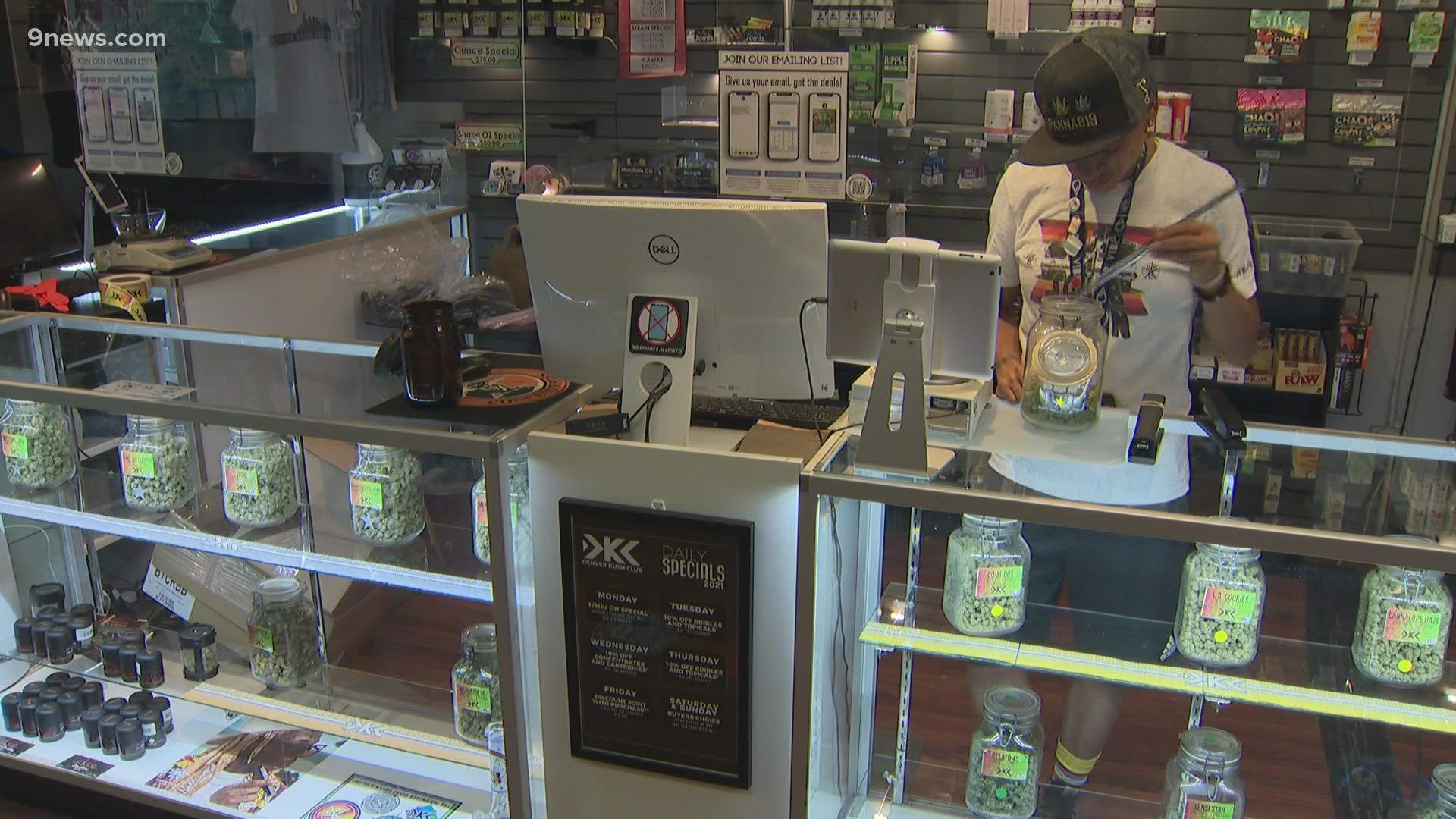 DENVER — After selling over the counter for years, marijuana dispensaries in Denver are seeing a budding opportunity. Stores are submitting applications for delivery permits and city officials say residents can expect to get their weed delivered to their front door within the next few weeks.

In April, Mayor Michael Hancock signed two council bills into law to create a social equity program for marijuana licensing in the city. For the next six years, Denver will only hand out transporter licenses to people who fit the state's social equity criteria to make the industry more equitable.

The criteria includes things like having previous arrests for pot or growing up in designated low-income areas.

"Our report from last June showed only a select few people and businesses with the resources to start a marijuana business are benefiting from this industry that generated $2.2 billion in record sales statewide in 2020 and a record $700 million in record sales in Denver in 2020," said Eric Escudero, a spokesperson for Denver's Excise and Licenses department.

As of Sunday, Escudero said only two stores, Strawberry Fields and Denver Kush Club, had permits approved for delivery. In Denver, dispensaries can't do their own delivery for the first three years of the program in an effort to give a leg up to social equity applicants.

Right now, a delivery permit authorizes stores to use a transporter to deliver a product.

A company called Dooba has been approved to be a delivery transporter. Dooba is the only approved transporter as of Sunday.

Rashad Parks, an employee of Denver Kush Club, is waiting for his application to be approved so he can start his own delivery transporter business.

"Wanted to look into what I could get into," he said. "I knew ownership was a route I wanted to take."

Parks believes the program is long overdue. The city anticipates Parks will be approved for a license this week.

"Even though it is meant to be socially equitable for people like myself, the price tag on them is still really really expensive," Parks said. "We have put in almost $10,000 all together getting these licenses."

"I think people will eventually jump into it just like people did with recreational licenses," said Joaquin Ortega, owner of Denver Kush Club.

Ortega believes the delivery option will be profitable for his business. He thinks there will also be a demand from tourists.

"People are used to having that immediate convenience," said Ortega.