Two cannabis tours were stopped by Denver police officers and those onboard were cited Friday. One driver was also taken into custody on suspicion of DUI. The companies that run the tours say they intend to fight the citations and the city on the legality of their operations. 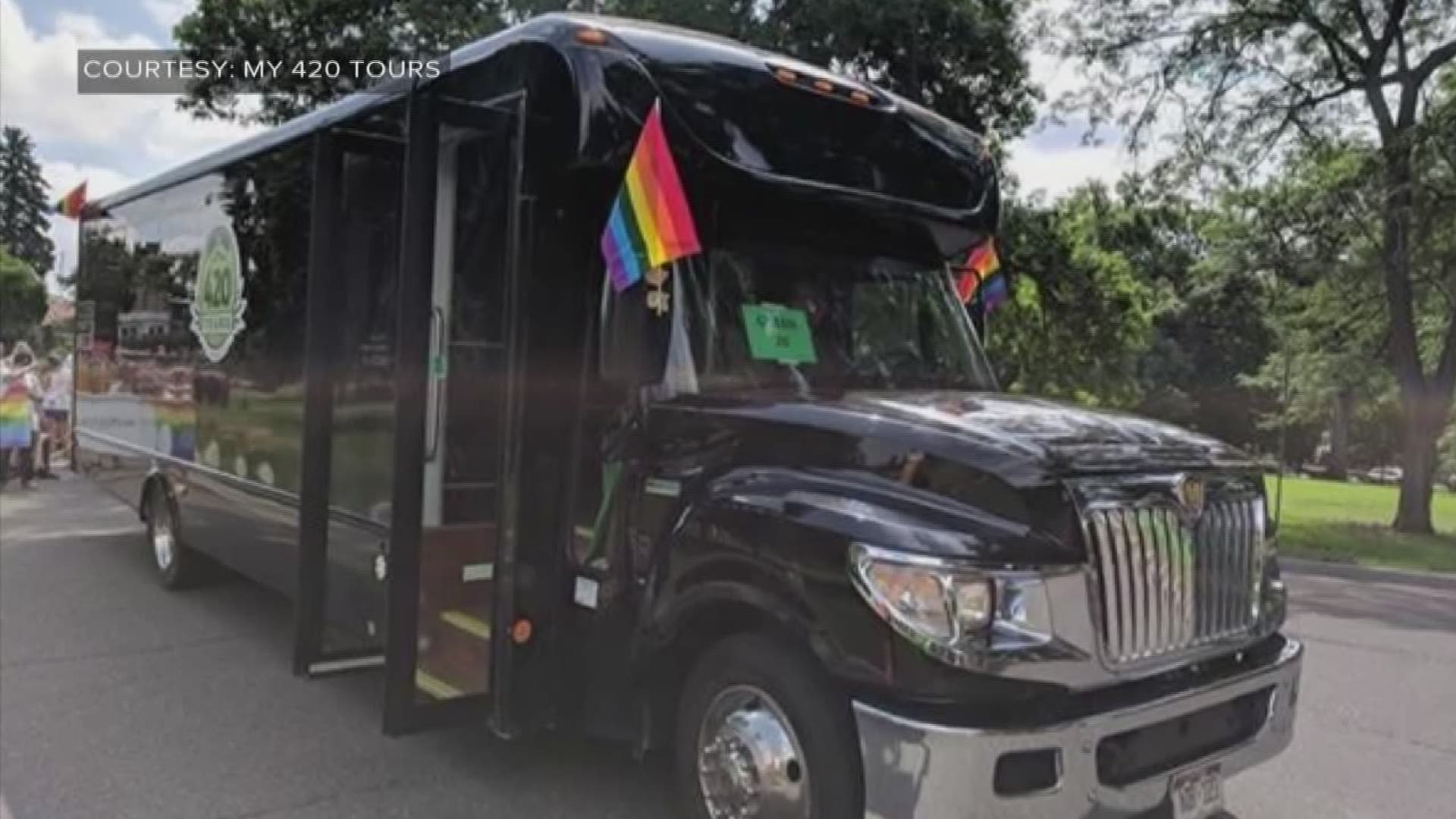 The city of Denver's Department of Excise and Licenses said this week that marijuana tour buses are operating illegally, despite the drug's legality in Colorado.

Denver police issued citations to 31 people who were on two cannabis tour buses Friday afternoon: My 420 Tours and Colorado Cannabis Tours. The Denver Police Department also arrested one person under investigation of driving under the influence of drugs.

Representatives from both companies said they believe they were not operating unlawfully, and plan to challenge the allegations.

Eric Escudero, a spokesman for the Department of Excise and Licenses, which oversees marijuana policy, told 9NEWS his office previously sent letters to the tour companies warning them that they are not operating within the law.

“There is limited availability for public consumption in Denver. That does not include publicly using marijuana on a tour bus,” Escudero said. “We saw a business that was operating unlawfully. We talked with them… and we even sent them letters. We wanted to make sure that they understood that what they were doing was unlawful, and if they continued it, there would be enforcement actions.

“Unfortunately, it appears, in this case, that they did not heed our warning and that resulted in the enforcement action.”

Jay Casillas, a spokesperson for the Denver Police Department, said enforcement of the laws on pot buses was complaint-driven. He did not say how many complaints they've received.

In 2016, voters approved Initiative 300 to allow businesses to apply for a license to allow consumption of marijuana in designated areas.

According to Escudero, there is no option for a mobile cannabis tour buses to apply for designated consumption area license if customers plan to consume marijuana on the actual bus. He said there is no legal mobile consumption.

“Another potential option for a business like that to operate would be if they went and got a [designated consumption area license] at a physical location, and they could transport people from a different dispensary to that physical location business where people can consume marijuana in a limited fashion,” he said.

According to its website, My 420 Tours is "at the forefront of cannabis tourism, offering visitors a glimpse into the cutting-edge world of cannabis legalization and marijuana news in Colorado and beyond."

Danny Schaefer, the Chief Executive Officer of My 420 Tours, said he strongly disagrees with the city’s reasons for the citations issued to his customers.

“We’ve tried our best to maintain a good rapport with the city and Denver police,” he said. “My perspective now is, this seems to be intimidation. They are trying to intimidate businesses like ours to apply for this [designated consumption area license] even though it’s in its infancy stages of actually being implemented.”

So far, only a small number of businesses have applied for such a license.

One business was approved and opened earlier this year.

“From an entrepreneur’s perspective, not only is it very expensive and difficult to locate the property that would actually be suitable for this [license], based on restrictions they’ve placed it would be very hard to operate a business for revenue,” he said.

Schaefer compared his cannabis tour bus business to a bus carrying a bachelor party drinking in the back.

On one state website, which serves to answer questions about retail marijuana use in the city of Denver, there is a section that addresses marijuana consumption in limousines.

QUESTION: Can I smoke marijuana in a limousine in Denver?

9NEWS asked the Department of Excise and Licenses about that clause, it if it applies to the cannabis tour buses.

“There’s a difference between private and public,” spokesman Escudero said. “If you advertise, and you say ‘Come onto my bus, my tour bus,’ and the public can do that – then it is public.”

He continued, “If a law enforcement facility or someone on the public says, ‘I want to go smoke marijuana [on the bus]’ and you accept some kind of payment for them to do that, that’s public.”

Schaefer, the CEO of My 420 Tours, has a different take.

“The rule pertaining to public consumption is that it must be open and public,” he said. “So ‘open,’ in my opinion, means no intention to hide the consumption, then ‘public,’ meaning its accessible to the public and seen by the public.”

He continued, “I find it really hard to believe that a $300,000 dollar blacked out limousine party bus – that has very dark, tinted windows, shades over the actual windows or blinds – that is not open access to anyone who would like to jump on or jump off like an RTD bus – is by any means open or public.”

Schaefer said the driver arrested on suspicion of DUI is not an employee of his company. He said his company retains drivers from a private transportation company that Schaefer considers very “reputable” and that drug tests its employees.

He also explained the tour buses have a partition between the drivers and passengers that would prevent impairment from secondhand smoke. Due to these reasons, he questions the arrest.

Michael Eymer, the founder of Colorado Cannabis Tours, shared a statement by email after his several of his customers and employees were also cited on Friday.

“[Colorado Cannabis Tours] was surprised and disappointed about the recent citations issued related to our tours. Our attorney sent Excise and Licensing a detailed letter in April which explained the legal justification for us operating and requested to meet with the City if they disagreed. Instead of meeting with our attorneys as we requested, they decided to needlessly issue citations to innocent customers. This could all have been avoided if the City had simply met with our attorneys as we requested.

Although we contend these citations are unjust and uncalled for, we are willing and eager to work with the city of Denver to create a viable model for companies such as ours so that we can serve our guests in a manner that they desire and continue to bring much-needed tourist dollars into the city and state.”

Both Colorado Cannabis Tours and My 420 Tours plan to fight the citations in court and hope to find a resolution with the city. 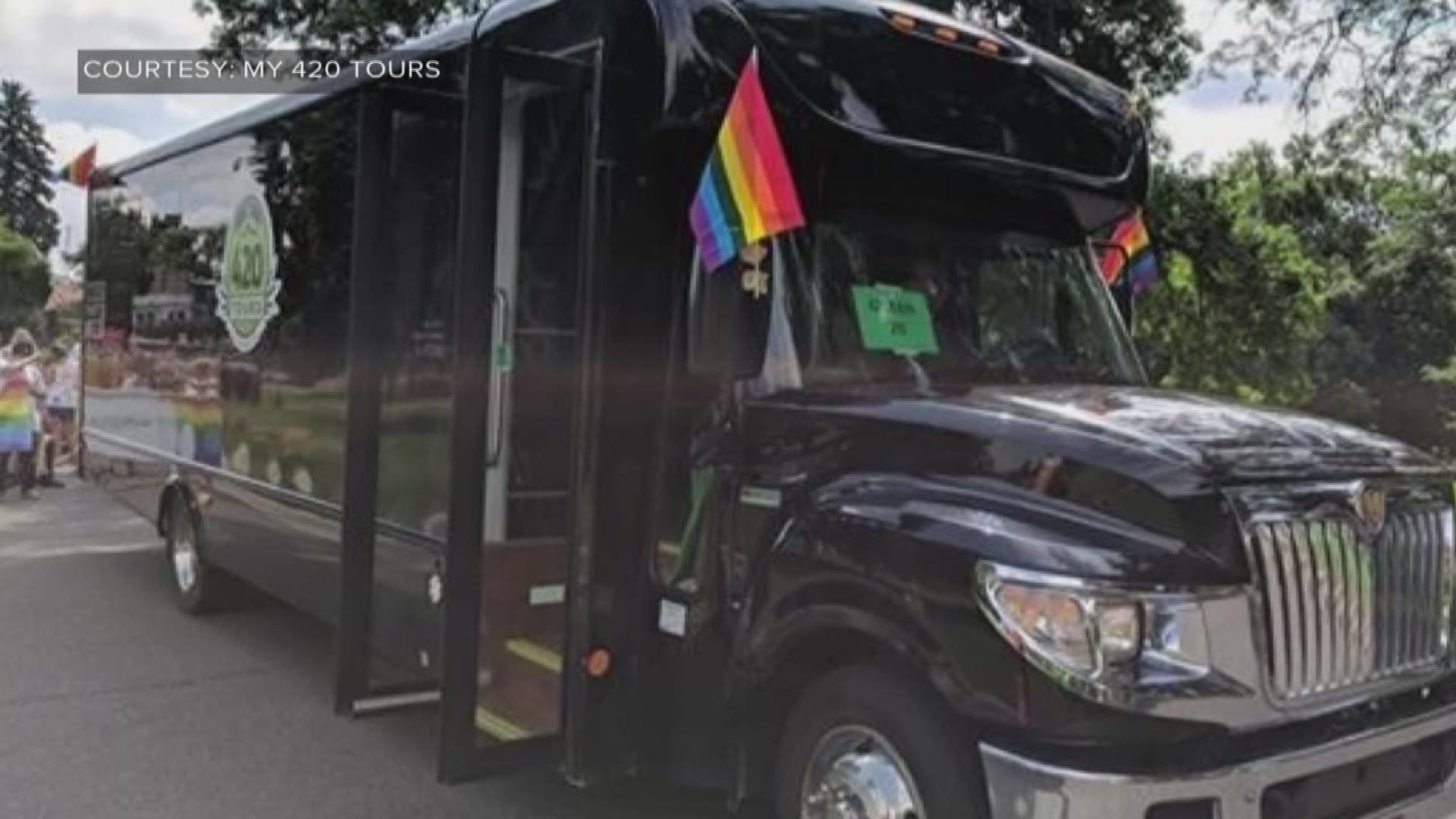