On Sunday afternoon, Kelsang Virya had a car full of gear to help city campers keep sheltered from the wind and snow. 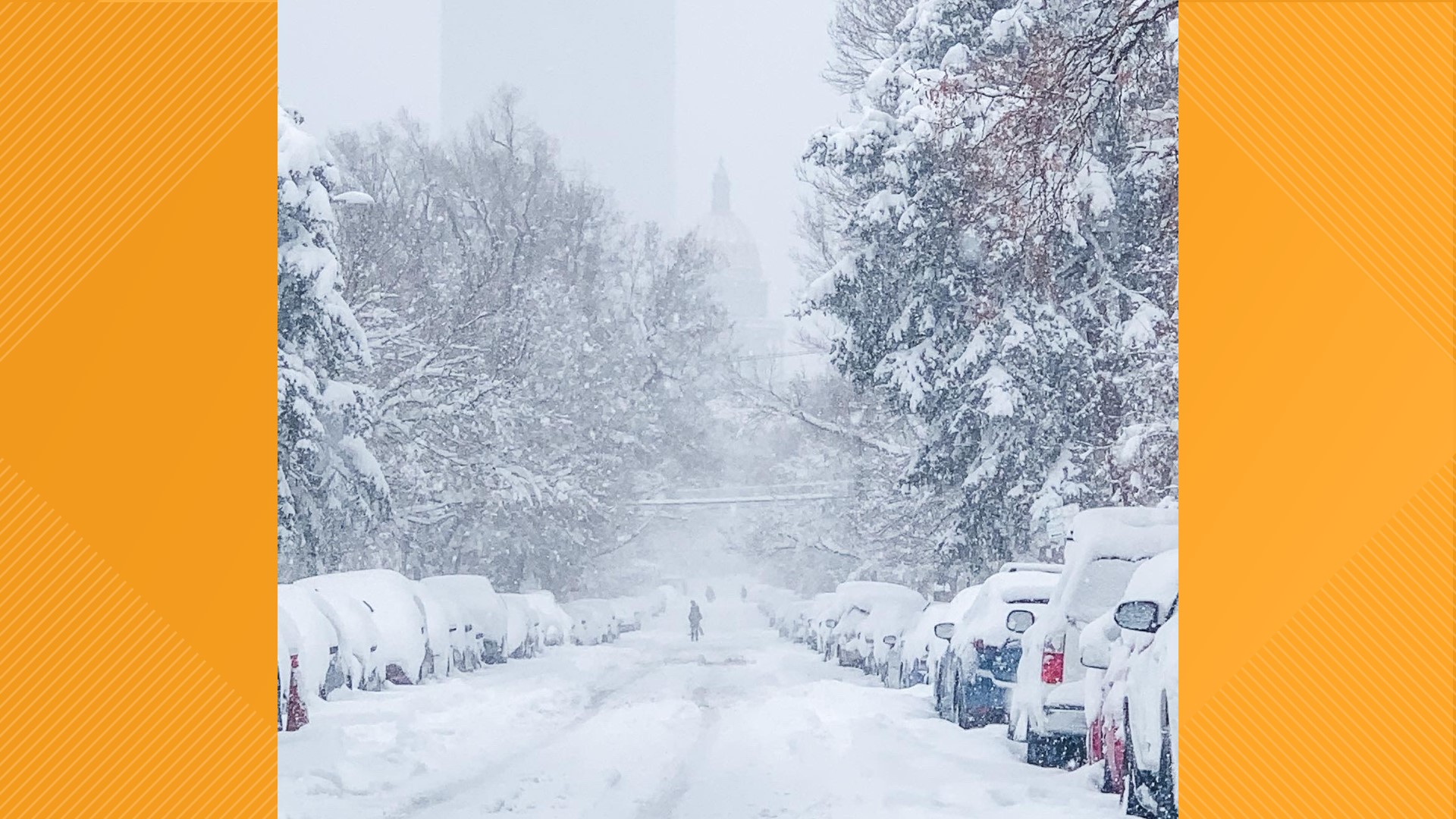 “Oh, it’s kind of collapsing on you, isn’t it?” Kelsang Virya said to a man named Philip inside a tent.

At East 16th Avenue and Sherman Street, she and a friend cleared snow from tents and anchored tarps so the wind wouldn't blow them away.

Kelsang is a Buddhist nun who said it's her calling to help other beings in need.

“I don’t know what it takes, what does it take Jess to come out here and do this -- what kind of person?” Kelsang asked.

“A little craziness I think," Jess responded, and Kelsang laughed.

Although there's an emergency shelter for men just across the street from the homeless camp on Sherman Street, not everyone feels welcome there. One man said that shelters make him feel like he's in "an insane asylum" and that he'd rather tough out the storm.

The shelter, Central Presbyterian Homeless, also requires people to be sober, and anyone intoxicated would be sent to detox.

"You want to help them right where they're at," Kelsang said.

Although she said she spends much of her time helping the unhoused, she feels like much of it is "putting out fires."

Sunday's fire was trying to stop more people from getting frostbite.

UCHealth's Burn and Frostbite Center has seen nearly 60 frostbite patients this season, and doctors say 80% of them are people who are experiencing homelessness.

“Frostbite Is just a way of life for the unhoused, I think, which is very sad," Kelsang said.