Members of the Black Student Alliance at Dr. Martin Luther King Junior Early College in Denver are the high school students behind the project. 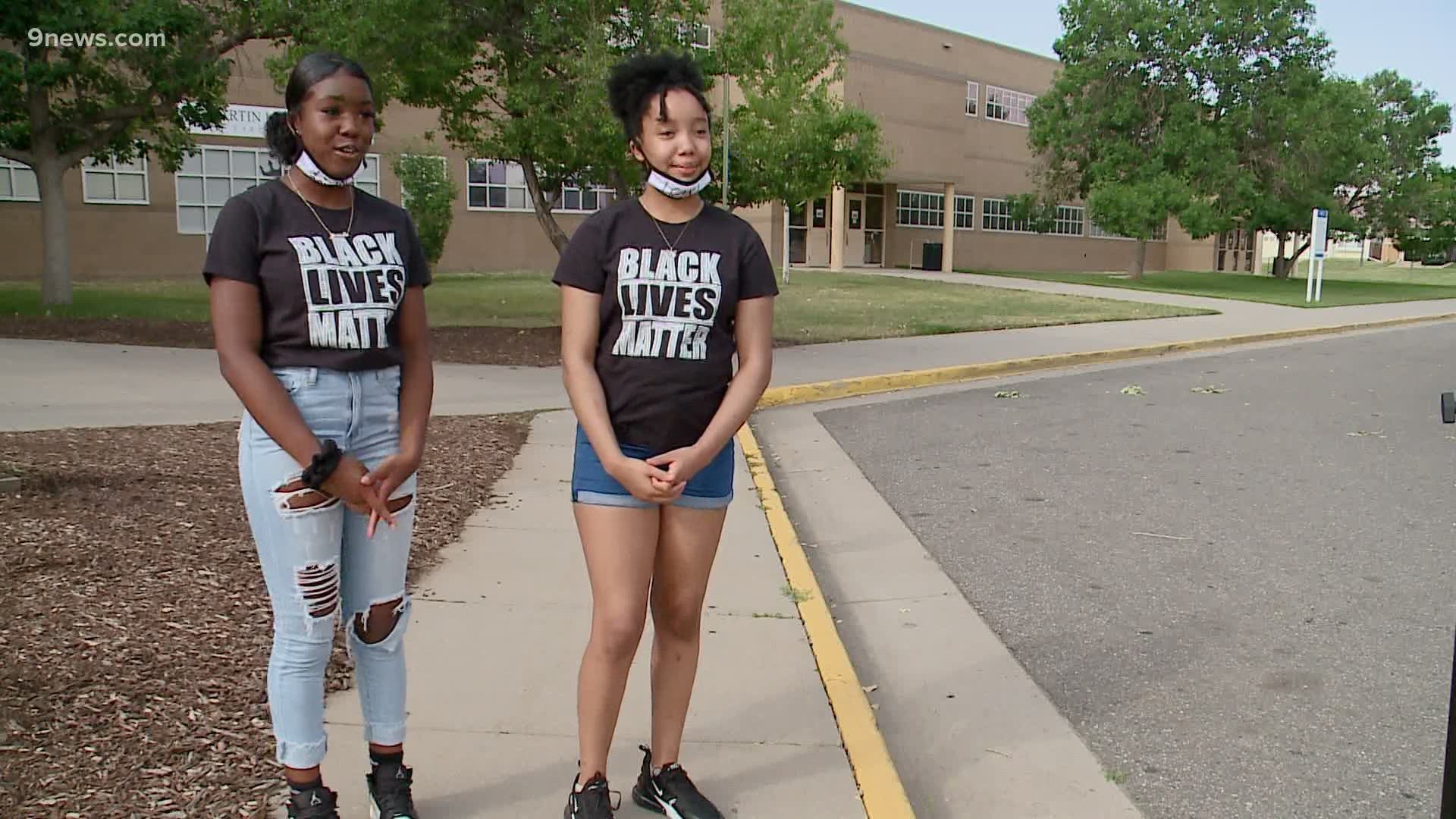 “I am very nervous!” the 17-year old high school senior said Thursday, just two days before she will help host a new podcast.

The topic is racial justice.

“Everything that we're talking about is so heavy and it's just so important,” she said.

But Nangah and her fellow classmates behind this project have spent months researching material, and days practicing for their broadcast debut. They know the subject matter is significant.

“And the fact that people are out there risking their lives just to be heard, we get this opportunity for thousands to hear us, it’s really big, and it does kind of sit on my shoulders and make me a little nervous," she said.

The podcast is called “Know Justice, Know Peace: DMLK’s 'The Take.'” The idea came from members of the Black Student Alliance at DMLK.

“This podcast is going to be about the different perspectives, but mainly the youth perspective, on the minority experience in USA,” Nangah said. "We want people to be able to see the youth take on this, because of the fact that, we feel like youth voices are often overlooked."

RELATED: 'Lift Every Voice and Sing': The history of the Black national anthem

Credit: Jose Martinez-Castellanos
The team behind a new podcast, Know Justice, Know Peace: DMLK's "The Take." These students attend Dr. Martin Luther King Jr. Early College in Denver and are members of the Black Student Alliance at that high school

The podcast title is a play on words of the popular protest chant and call for racial justice, “no justice, no peace.”

"Until we have peace, we really can't have justice. And vice versa."

A group of DMLK students traveled to Washington D.C. last year and visited the National Museum of African American History and Culture. While there, they learned much more about black history and civil rights than what they learned in the classroom at school. That experienced prompted students to organize an effort calling on district leaders to integrate more black history into the DPS curriculum.

“I think our students realize that things that are happening and occurring, are happening to them, and that they are our future, and that they need to take charge of their future and be an active voice and be the change that we want to see today,” said Kimberly Grayson, principal at Dr. Martin Luther King Jr. Early College.

“I am super proud of my students,” she added. “The amount of time and dedication that they have put forth with the podcast is beyond anything that i would have ever imagined.”

The podcast will include eight episodes. The first one streams live this Saturday, July 4 at 11 a.m. It's titled “Episode 1: Your Independence is Not Ours.”

“The first conversation is going to be basically the significance and difference between Juneteenth and Fourth of July,” Nangah said.

“We feel like knowledge, education in general, is your liberation,” she continued. “And I feel like without having knowledge, it leads to a lot of ignorance. And we’re hoping that while we educate people on these things [through our podcast], we can close some of those doors and open those conversations that are vital to really create change and positive change.”

The following seven episodes will air every other Thursday, streaming on the podcast’s social media pages and YouTube. Students have a topic picked for their first five episodes, and are asking for viewer feedback to help decide the final three.