A group that has protested in Denver after the death of George Floyd called on people to oppose any homeless sweeps. 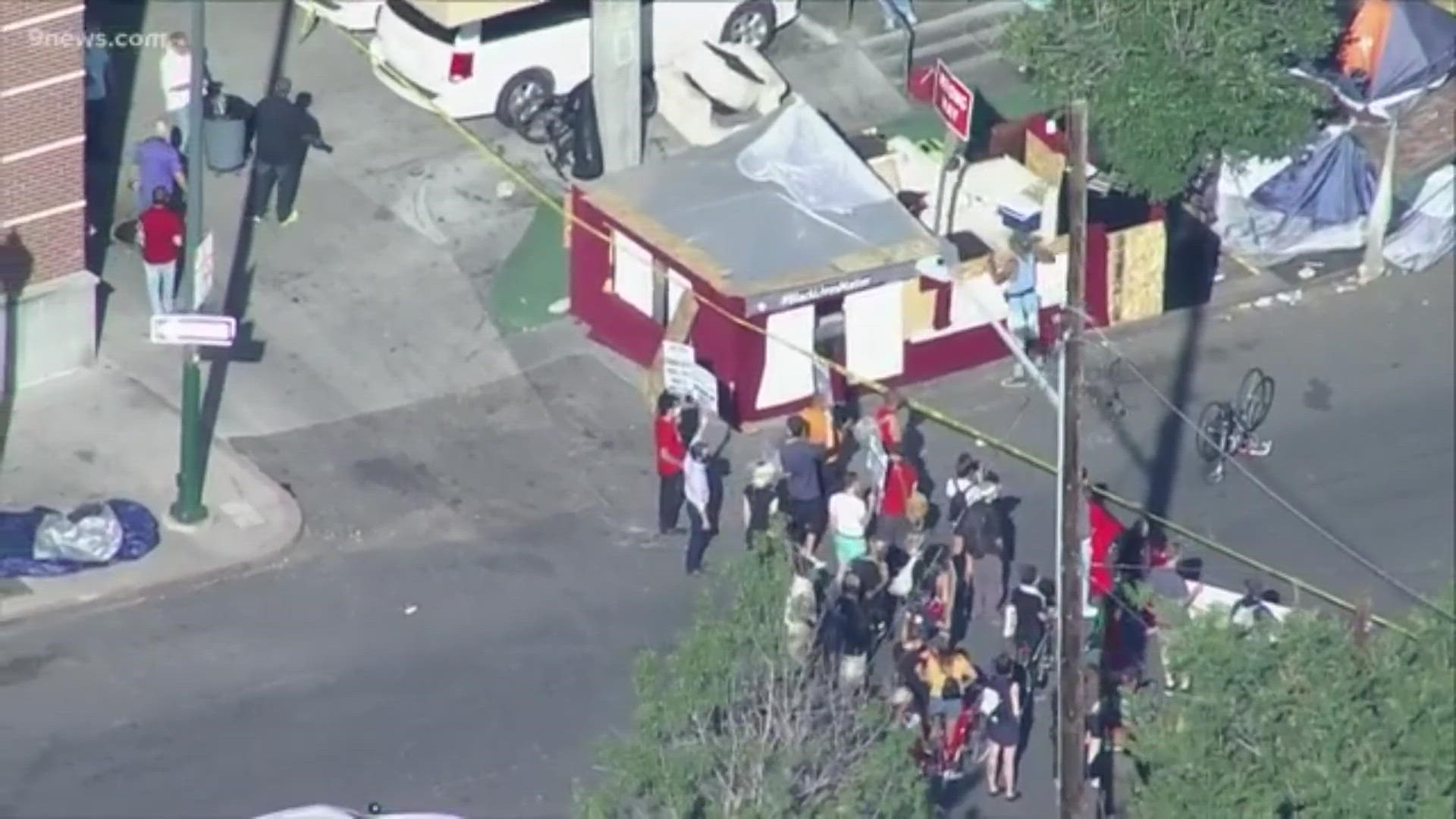 DENVER — The Denver Dept. of Public Health and Environment (DDPHE) is restricting access to a part of downtown for cleanups on Wednesday morning, citing public health concerns.

Starting at 8 a.m., the health department closed the block bounded by Park Avenue West and 22nd, Stout and Champa streets. A DDPHE spokesperson said people who are homeless in that area have been notified with flyers that include emergency shelter locations and information on storage lockers.

"Outreach to those impacted by this action has been ongoing; options, alternatives and resources continue to be offered. DDPHE has to enact this emergency measure to address hazards to public and environmental health, including: trash, human waste and used needles," spokesperson Tammy Vigil wrote in a statement.

One group that has protested in downtown Denver since the death of George Floyd has called for people to protest any homeless sweeps that may happen.

The "Party for Socialism and Liberation" Facebook page encouraged people to gather in opposition at the time of the cleanup. They demand the city end the sweeps and open unused housing for people who do not have a home.

Denver Homeless Out Loud, an advocacy group for the city's homeless, says 250 people will be displaced by the city's sweep.

DDPHE told 9NEWS that they had not heard of the protest and were planning to continue with the cleanup as scheduled.