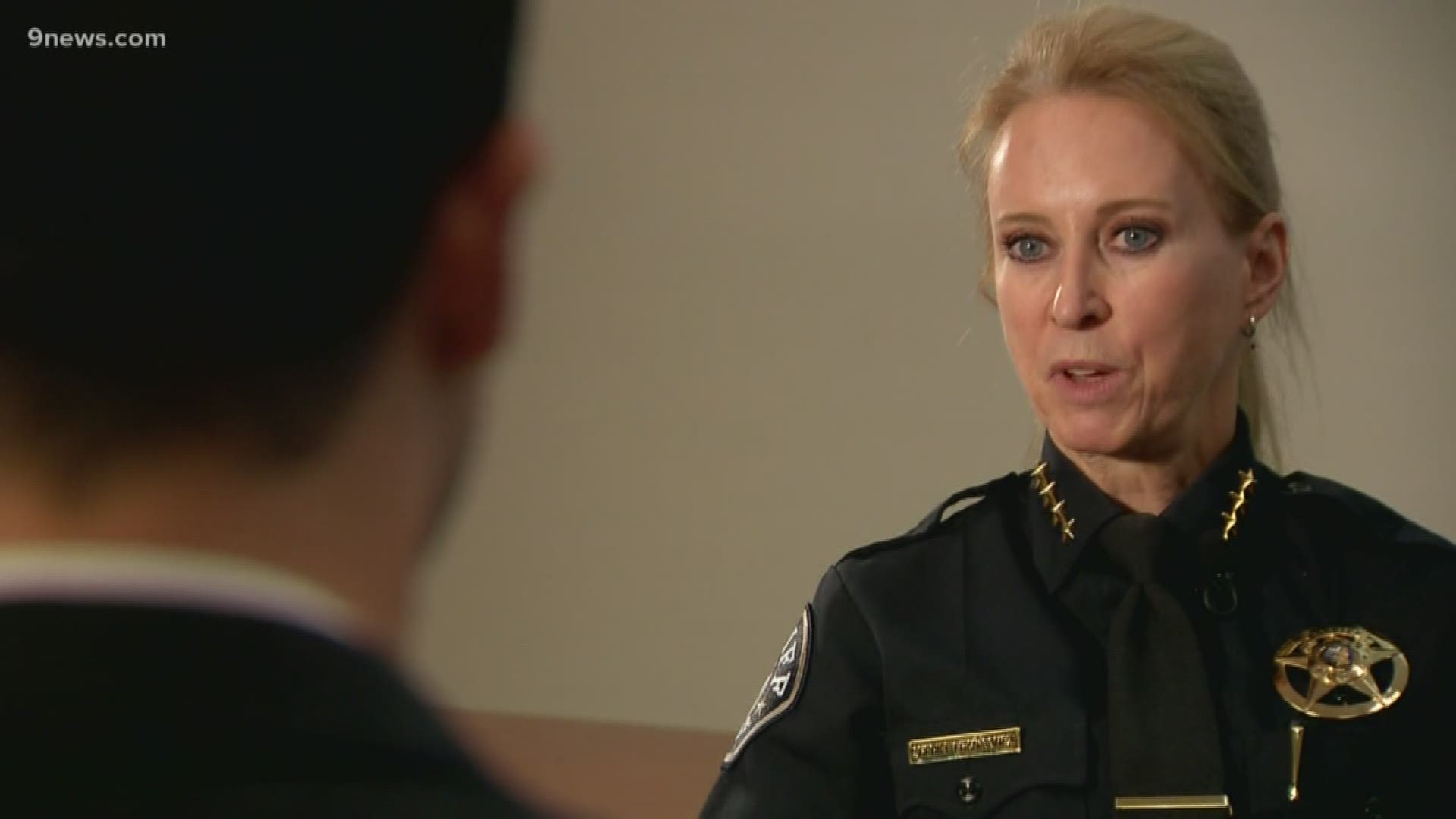 She met with 9NEWS to discuss her plans on how to carry the department forward.

“I worked here back in the beginning of my law enforcement career, so I do understand what the deputies go through on a daily basis,” said Gomez who started her career as a Denver Deputy Sheriff before moving to other agencies.

She rejoined the department about a year ago and moved into the interim role just a few days ago.

She follows Patrick Firman, brought on to reform the department. He managed to implement some reforms but ultimately resigned following sexual harassment and excessive force cases that ultimately cost the city millions of dollars in settlements.

“I don’t know what we could have done in the past to prevent them. But moving forward we are certainly going to strive for professionalism, give the highest level of service we possibly can,” she said, adding that she’s looking at several aspects of the department to “have a different mindset in how we look at problems.”

Watch an extended version of our interview with Gomez:

Sexual harassment issues have been a problem for the Department of Public Safety.

“There hasn’t been a woman in this role before. And so maybe that was one of the considerations, to maybe try and change the culture up a bit,” said Gomez when asked about whether she thought her being female played a part in her hiring. “I would hope that with me in this position for as long as that lasts, it gives the women in the department one, an opportunity to feel like they can obtain this position if they’re so interested, but two, that they would have a voice in the upper command that would listen.”

She’s also taking over a department that’s suffering a high number of assaults on staff. In 2018, about 100 staff members had been assaulted by an inmate. Firman and other jail leaders began implementing procedures to curb those assaults before he left.

RELATED: Inside Denver's jail: 97 assaults reported on deputies by inmates in 2018

Gomez said about 75% of those assaults were committed by people with mental health problems.

The Sheriff is appointed by the Mayor. Denver is the only city in the state that does not let voters choose the Sheriff.