Deputies buy bike for flag waver who had it stolen

Around the suburb of Thornton, he's known as 'That Guy On The Bike.' After it was stolen while saluting fallen deputy Heath Gumm, two local deputies stepped in to help.

For six hours on Thursday, Michael Kapaun stood along the perimeter of the crime scene where Adams County Deputy Heath Gumm was killed and raised a flag to pay his respects.

"Every law enforcement officer that's out and about," Kapaun said Thursday. "I want to let them know that I've got your back."

Unfortunately, Kapaun says no one apparently had his on Thursday.

"Right when I turned my back, I had my bike stolen," Kapaun said.

After 9NEWS aired Kapaun's story on Thursday afternoon, numerous viewers responded with offers of buying a new bike for Kapaun. But by Friday morning the need was already filled by two Adams County deputies who saw Kapaun's story. They sent him a message.

"I'm sorry to hear you got your bike stolen," Kapaun read the message from his phone.

Those two deputies delivered a brand new mountain bike to Kapaun at his home. He says he was in shock.

"They didn't have to do it," Kapaun said.

But he is actually glad that they did. Kapaun doesn't just consider himself a casual bike rider.

"I've ridden probably more bikes than anybody has," Kapaun said.

Mike and his bike are kinda his thing.

"It's my only transportation I've got," Kapaun said. "I don't drive. I don't have a vehicle."

"I definitely have to thank the Adams County Sheriff's Department for giving me a new bike," Kapaun said.

Kapaun gave the flag that he was waving to the deputies before they left with a request that it be offered to the family of Deputy Heath Gumm who was shot and killed on Wednesday. Kapaun his tribute was the right thing to do.

Editor’s Note: An earlier version of this story stated an adopt-a-street sign labeled, “That Guy On The Bike,” was for Kapaun. That sign is for Rick Sabin who has the contract for that stretch of road and is not related to the Kapaun. 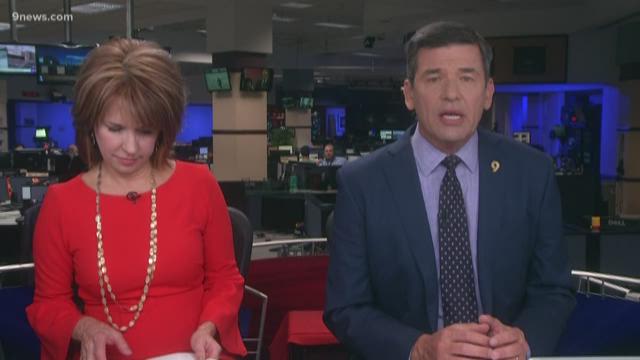