Deputy Michael Hutton was shot in the torso and arms on May 20 while responding to a theft in progress call. 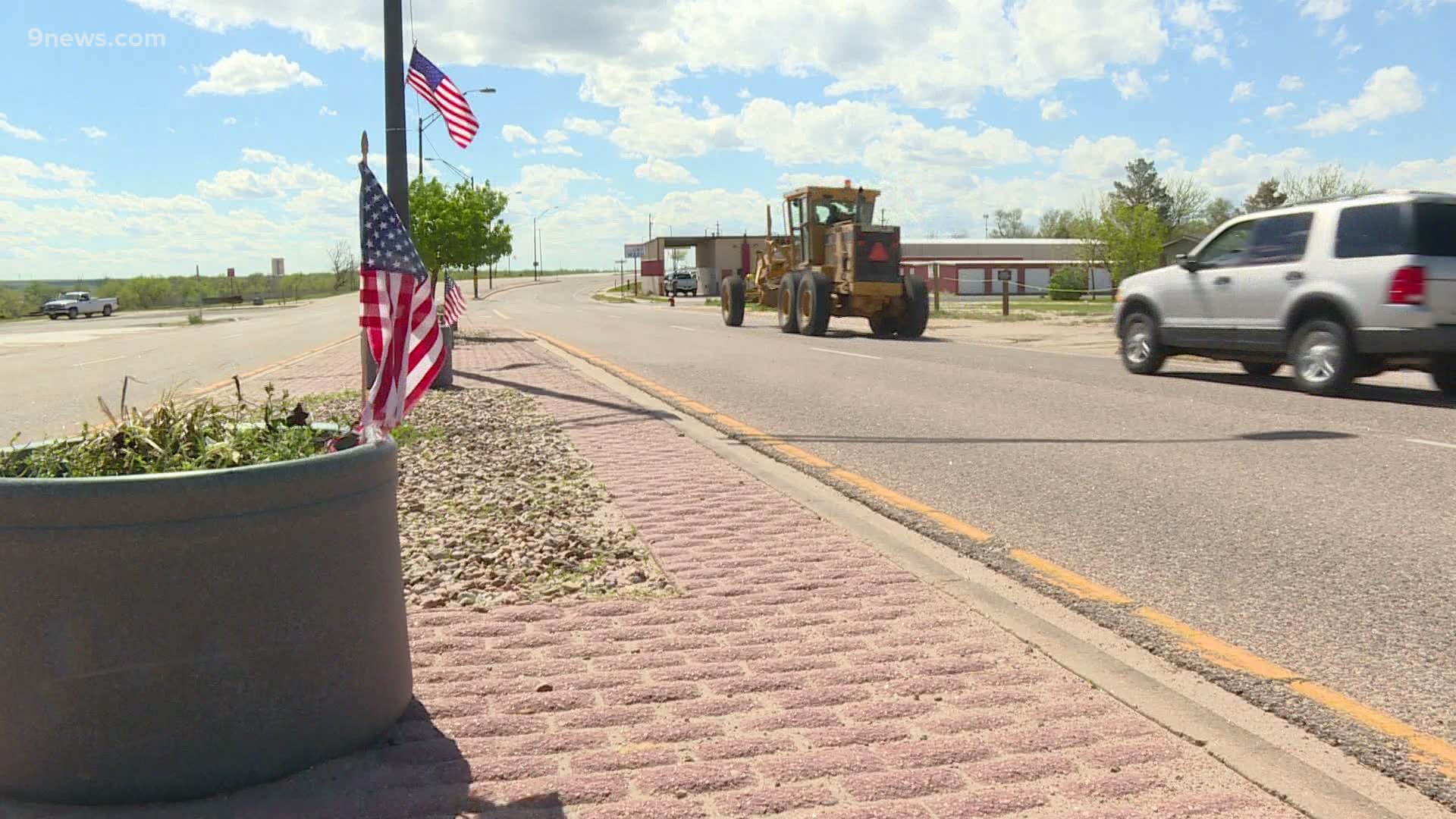 "This is a day we couldn't really see coming just a few days ago," said Captain Michael Yowell with the Lincoln County Sheriff's Office (LCSO). "Being shot three times and coming home in less than a week, is a testament to the man Mike Hutton is. He's excelling across the board. It's a great day."

Hutton, who has been with the sheriff's office for seven years, was released from the intensive care unit over the weekend. He was shot three times early in the morning on May 20 while responding to a theft-in-progress call near mile marker 386 of Highway 40 near Hugo.

Upon leaving the hospital, Hutton was able to stand up on his own and was assisted in to the passenger seat of his own patrol vehicle.

"I got lucky," Hutton said. "I got lucky," he said while also thanking law enforcement and community members for the outpouring of support.

A welcome home event was also planned to greet Hutton as he arrived home in Lincoln County later Tuesday, according to a Facebook post from the sheriff's office.

"There are three things in law enforcement that we strive to do every single day," said Capt. Yowell. "We serve our fellow man, we protect our community and at the end of it all, we go home. We missed the other night, but today we fulfill that third one and we get deputy sheriff Mike Hutton home."

Credit: LCSO
Deputy Sheriff Michael Hutton is awake and able to talk to investigators at a Denver area hospital.

The theft-in-progress was reported just after 3 a.m. on May 20 by a professional truck driver who was awoken by noises in the area and spotted a man "actively" stealing from the back of a semi-trailer that had been forcefully opened, according to LCSO.

"Within seconds of getting out of his car and investigating this theft, he was hit with a hail of gunfire and was struck multiple times," Yowell said last week.

Hutton was wearing a bulletproof vest, but the vest was not struck by any of the gunfire. He was also wearing a body camera which provided important suspect information when the deputy was unable to speak, according to LCSO.

The man who deputies said shot Hutton was later found dead in a field, from a self-inflicted gunshot wound. He was identified as Tristin Ensinger, a 25-year-old man from Ohio.