9NEWS received hundreds of pages worth of compensation claims made by Great Hall Partners that explain why they blame the airport for delays. 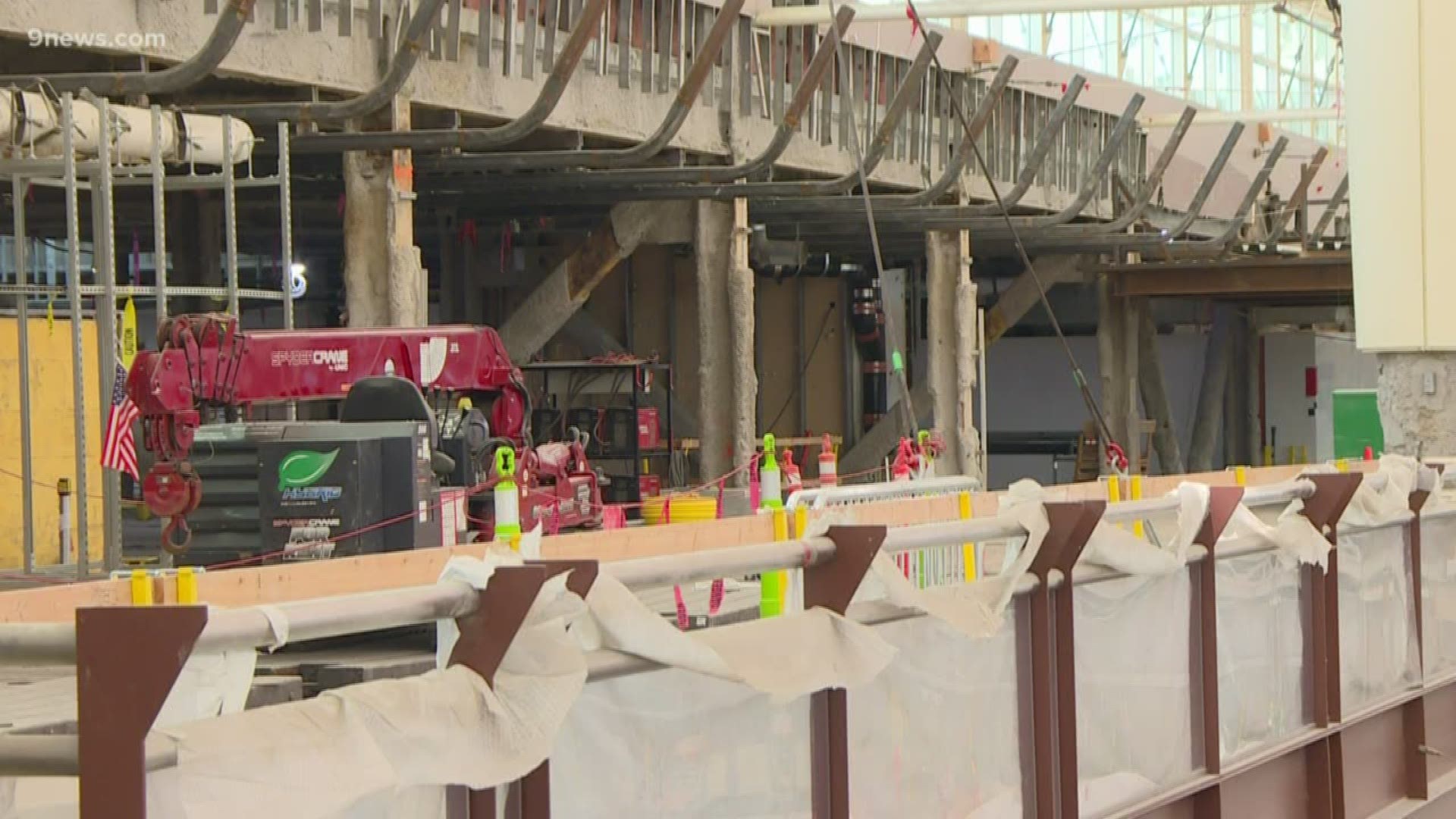 DENVER — A day after Denver International Airport fired the contractor handling the renovation of the Great Hall, that contractor pushed back.

Hundreds of pages of documents - released Wednesday night - outline complaints made by Great Hall Partners, which said delays and construction concerns were largely the fault of the airport. Great Hall Partners said that because of those issues, they would have required another $288 million to finish the renovation, a project originally budgeted for $770 million, including a contingency fund. Together, the total cost would surpass $1.05 billion, according to the numbers provided by Great Hall Partners.

They also wouldn’t have been able to finish the project before Feb. 29, 2024, the developer said.

Great Hall Partners forwarded 9NEWS close to a dozen complaints that were formally filed against the airport last month. They range from trying to track down airport CEO Kim Day, who was allegedly rarely available, to having insufficient coordination with other projects happening in the airport.

In one claim, for example, the developer said it had to work around construction of new rooms the TSA uses to check suspicious baggage. The scope of that project began to interfere with other Great Hall work, the developer said, leading to conversations about how to move forward:

“Developer advised that one potential mitigation might be to relocate the TSA. During this impromptu meeting, Mr. Williams [with the airport] exclaimed that if relocating TSA was an option, then everyone needed to go straight to Kim Day’s office and cancel the Project. This outburst was noteworthy because Developer was struck by the Owner’s mentality of not even considering mitigation options and, instead, jumping right to a worst-case scenario.”

In another case, Great Hall Partner said the baggage project encroached on plans to move a steel beam, and the suggested remedy for that could have posed a danger to travelers:

“…This means that, whereas the crane would have picked up a single beam from the center of that beam and lowered the beam from level 5 to level 4 (where the beam is installed in order to support slab expansion on slab 5), Developer must now have two cranes picking up opposite end of the same single beam to lower the beam in place. As such, the space needed for the extra crane encroaches on the current TSA areas and could potentially risk the safety and lives of passengers… At that point in time, apparently cooler heads prevailed, and the Owner requested Developer options for mitigation. In particular, Ms. Rainey requested Developer to explore all options, including potentially relocating TSA.”

One of the complaints gives the developer’s perspective on a dispute over concrete. Great Hall Partners has said for weeks now that the integrity of the airport's concrete put the development on pause.

Once they noticed the problem on their own, Great Hall Partners said it moved forward with four months of testing and created a new building plan, which delayed the project an estimated 14 months.

Great Hall Partners is requesting more than $121 million dollars for the associated costs and loss of revenue in relation to the concrete alone:

“Owner had apparently experienced this same weak concrete condition at other locations at the airport. Had Owner timely disclosed this information and its concerns about weak concrete, Developer could have planned for this significant impact and could have avoided months of delay and millions of dollars of added costs that it now seeks in this Relief Event Claim.”

The new paperwork also details alleged delays in submitting safety plans, which stalled construction, and waiting on Denver Fire to approve those plans.

Great Hall Partners has 90 days to vacate the project – meaning they should be gone by November, the beginning of the holiday travel season.

Since DIA actually owns the plans, it can find a new developer to implement them. For what it's worth, work will be halted during this intervening time.

The new plan, like it did in 2017, will require final approval from the Denver City Council. Day expects work to begin again sometime early next year.