Brosnan is charged with three counts of violation of oath and a count of aggravated assault. He appeared on MSBNC Thursday with one of his attorneys. 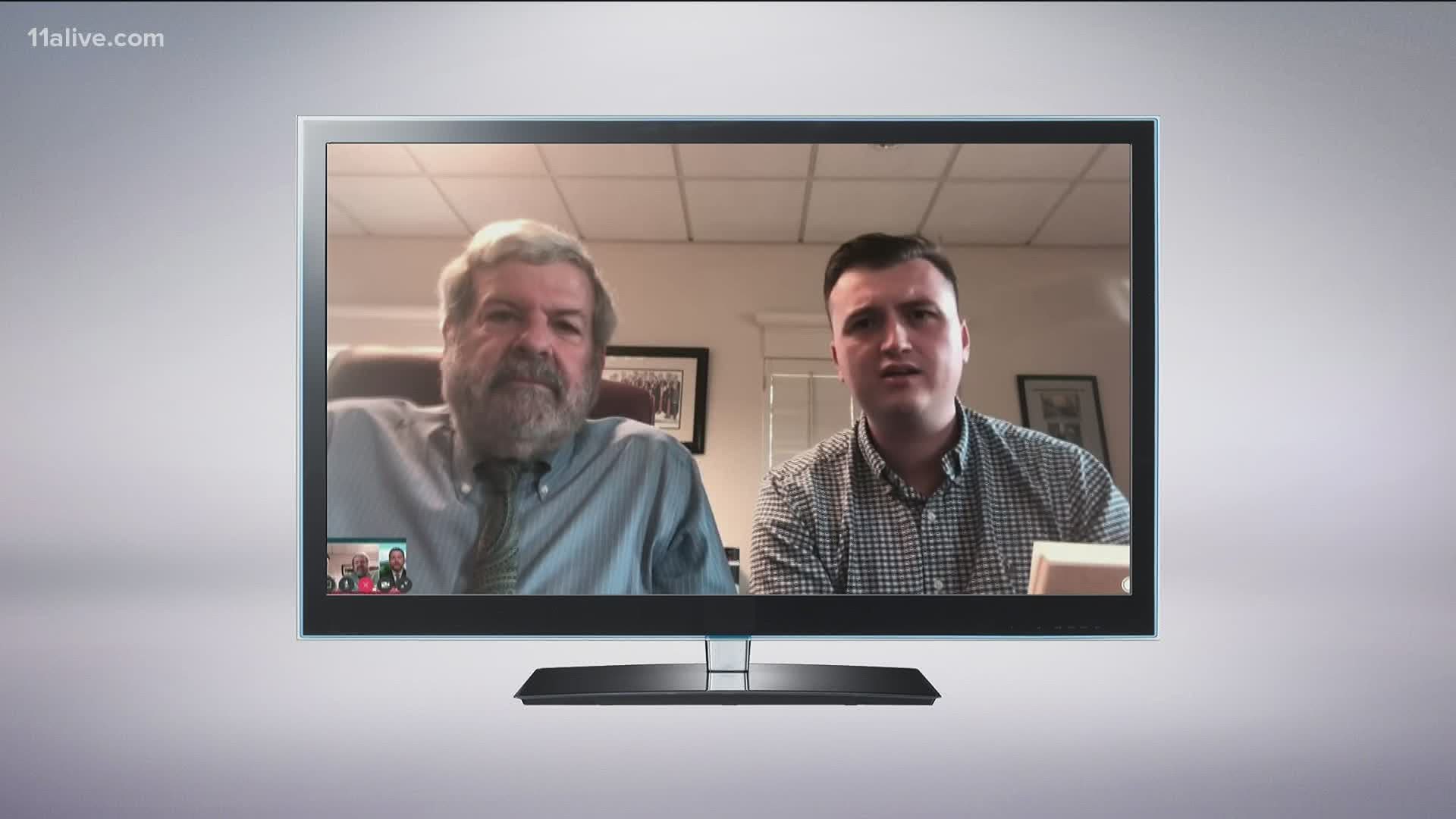 ATLANTA — One of the officers charged in the Rayshard Brooks case spoke to MSNBC Thursday with one of his attorneys at his side after turned himself in and was released from jail on bond.

Brosnan is charged with three counts of violation of oath and one count of aggravated assault. Former APD Officer Garrett Rolfe is facing 11 charges, including felony murder. Rolfe remains in jail. Authorities said Brooks was shot and killed by Rolfe on the night of June 12 at a Wendy's on University Avenue.

During the interview, Samuel and Brosnan were asked about the comments Fulton County District Attorney Paul Howard made on Wednesday when he said Brosnan would be a state's witness in the case. However, Samuel said that's not the case.

"That's not true," she said. "That agreement is not in place."

She did say, however, they are cooperating with the investigation.

“I am looking forward cooperating with any investigators who are interested in having a conversation about what happened that night," Brosnan told MSNBC.

He described the encounter as a "tragic event."

"It's a total tragedy that a man had to lose his life that night," he said.

He said during his initial encounter with Brooks, he felt that Brooks was friendly and respectful.

"I was respectful to him and I thought he seemed like someone who potentially needed my help, and I was really just there to see what I could do for him, make sure he was just safe," he said.

MORE ON THE BROOKS CASE

Former APD officer charged with murder of Rayshard Brooks turns himself in, second officer out on bond

The Carter Center: Rayshard Brooks' death emphasizes that the country must come to grips with systemic racism

Many persons of interest in Wendy's arson during Atlanta protest