DIA said just before 4 p.m. that power was restored and operations were returning to normal. 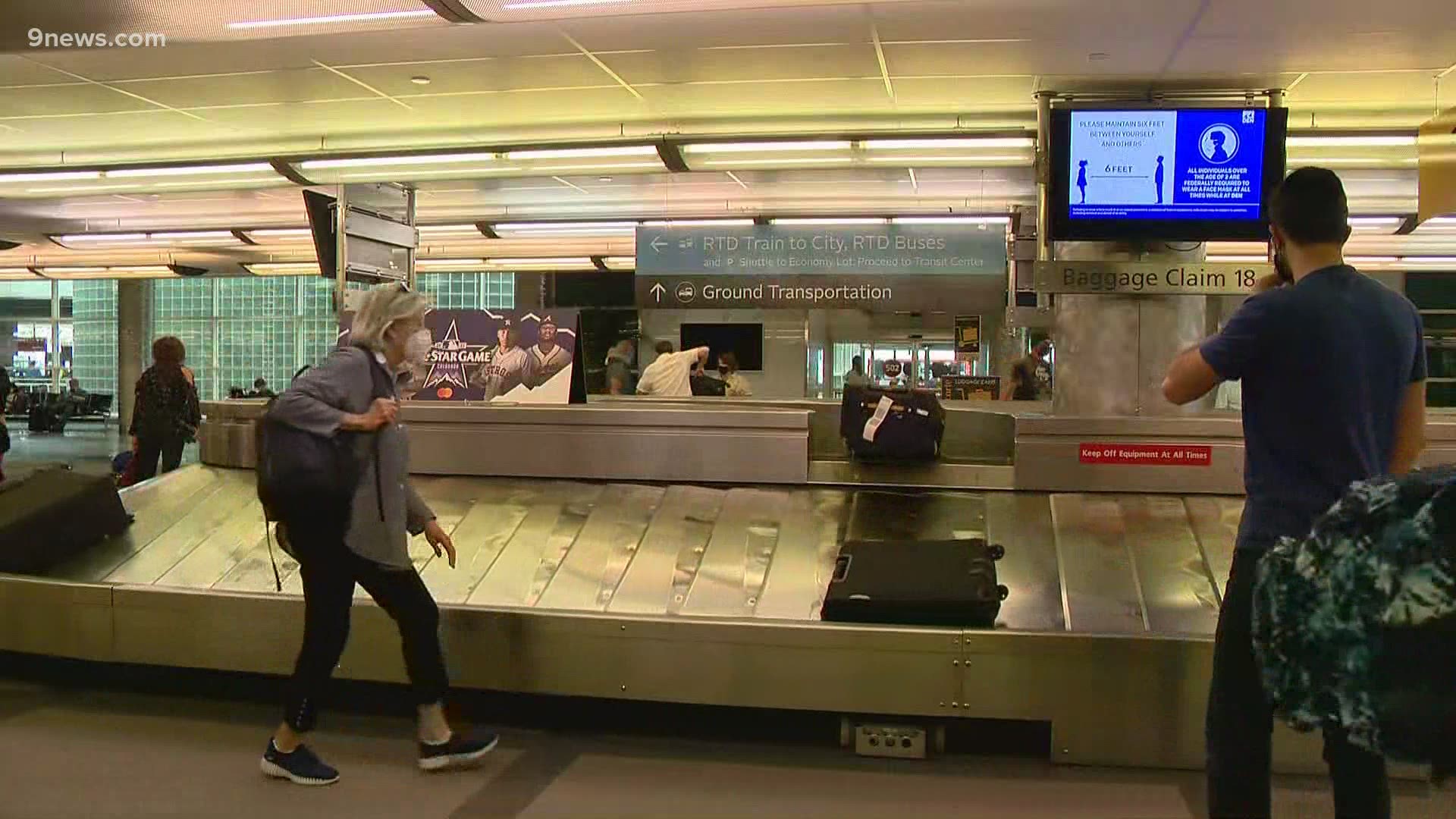 DIA said just before 4 p.m. that power had been restored and operations were returning to normal. The Federal Aviation Administration (FAA) lifted a ground stop on arriving flights, and departing flights are still taking off, but DIA says delays are still possible.

The outages happened in various portions of the airport, according to a DIA spokesperson. Passengers were advised to contact their air carriers to check the status of their flights, DIA said.

The trains that take passengers to their gates, the airport's security checkpoints and FAA Tower were not affected, a DIA spokesperson said.

The airport worked with Xcel Energy to resolve the outage, DIA said.

DIA released an intial statement about the power outage:

"Power has been restored to Denver International Airport and crews are verifying that an equipment failure caused the outage.

We have a lot of redundancy built into the system around the airport as well as a documented plan in place when electric power issues occur.  The airport also has a backup system that they use in case of an outage.

We understand the that losing power, especially at a large facility like the airport, is an inconvenience. We appreciate our customers patience as we worked to resolve the issue as quickly and safely as possible.”

Credit: Troy Schurr
Airplane passengers stuck on a flight from New Orleans to Denver due to a power outage.

Later, DIA released another statement, explaining in part that initially, they lost a portion of their primary power source which comes from Xcel.

"When we lose any portion of our main power source, it should switch to the redundant feed. Unfortunately, we had some issues with the equipment that is fed from the redundant source, which is why some portions of the facility lost power, but not all," the statement read in part. "We were able to eventually get the power back online in these areas, which is when power was fully restored. We continue to investigate the issue on our end and Xcel is investigating the initial cause of the power outage."

The statement also explained that the ground stop did not mean all flights were halted.

"It just slows traffic down so that we had time to fully restore power. Departing flights were still able to leave, flights in the air still landed. The only flights that were impacted were those that hadn’t left. The FAA utilizes ground stops as a tool to help manage traffic and are common including for incident as well as inclement weather," the statement read in part.

Overall, the statement explained that their critical systems remained operational during the power outage and only about 80 flights were impacted out of around 1,700.

As of 4 p.m., FlightAware.com's MiseryMap showed 82 flights at DIA were delayed and two were cancelled Wednesday.

As of Wednesday afternoon, an Xcel Energy spokesperson said crews were verifying that an equipment failure caused the outage, specifically a cable at a substation.

"We have a lot of redundancy built into the system around the airport as well as a documented plan in place when electric power issues occur. The airport also has a backup system that they use in case of an outage," the Xcel spokesperson said. "We understand the that losing power, especially at a large facility like the airport, is an inconvenience.  We appreciate our customers patience as we worked to resolve the issue as quickly and safely as possible.”

9NEWS spoke to several passengers who were delayed due to the outage, including Troy Schurr, who was returning home from New Orleans with his family.

“Unfortunately they had an announcement that the power was out and the jet bridge wasn’t active," he said. “Because it was parked in an active tarmac, they said that no one could move so we had to stay seated the entire time and you know, I’m fine I travel quite a bit, but you could hear the anxiety in people starting to build up. Not knowing, when you could move, or if this was going to go on for hours or another 30 minutes.”

He believes they were stuck in the plane at the gate for close to an hour and a half.

Overall, he advises travelers to practice patience when it comes to delays.

The outage also impacted flights that were going to Denver, including a United flight in Traverse City, Michigan.

9NEWS spoke to passenger Noelle Levitt Riley, who said over the phone that they were stuck for around two hours.

During the interview, the captain came over the intercom, announcing that the ground stop had been lifted in Denver.

"You know, I flight a lot, and I think no matter what, people just have to expect some sort of a weird delay,” Levitt Riley said.