The Departmental Order says Da Lesha Allen was disrespectful to coworkers and supervisors and had difficulty learning the skills for the job. 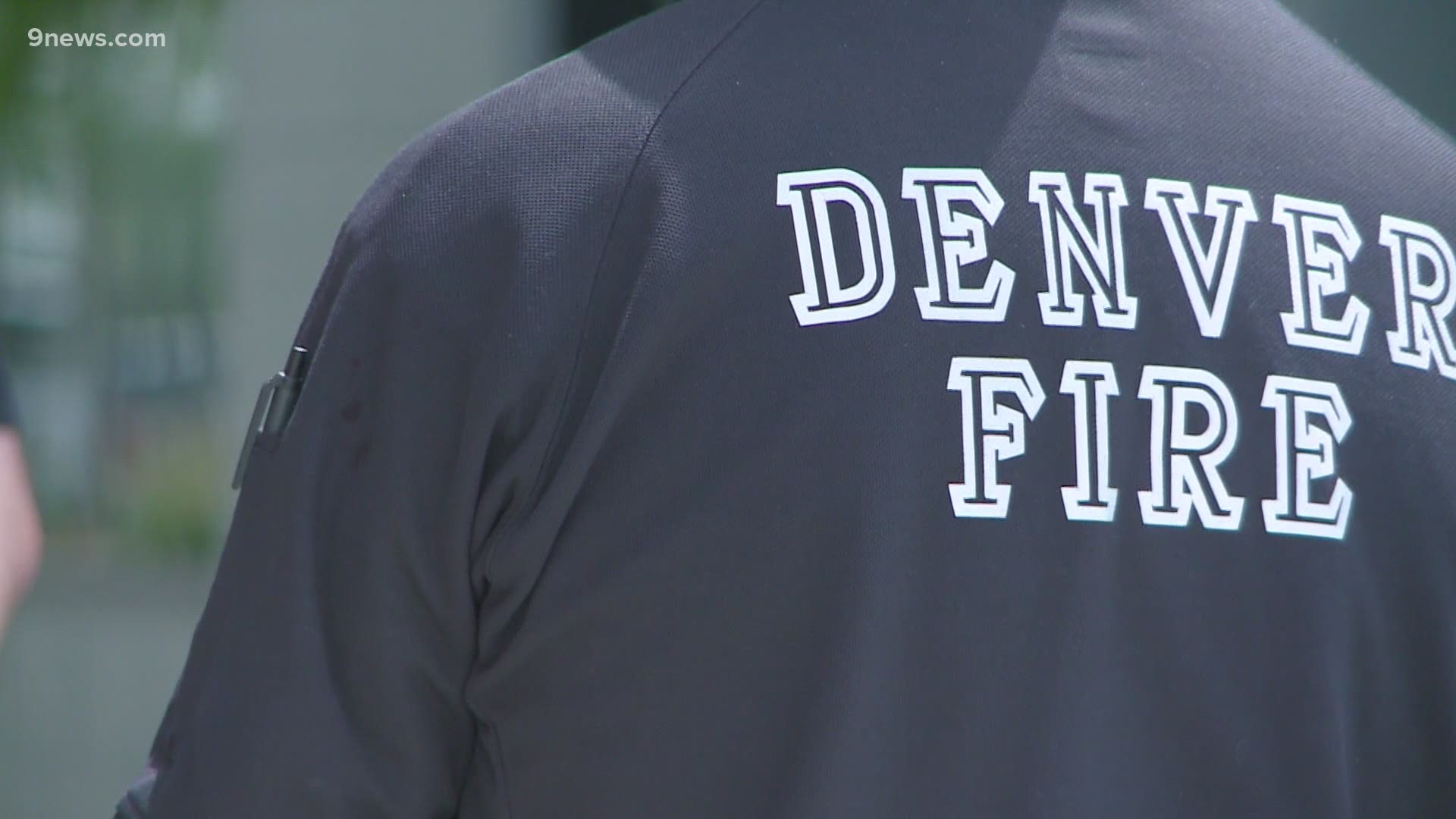 DENVER — A document from the Denver Department of Public Safety (DPS) says a Black woman who is suing the Denver Fire Department (DFD) for discrimination was fired because she was unable and unwilling to learn the job.

Da Lesha Allen and Charmaine Cassie have filed a civil lawsuit against the City and County of Denver alleging that they were discriminated against based on both their race and gender.

Both women say in the lawsuit they were "hyper-scrutinized" for their performance during the firefighting academy and while they were on the job.

But a departmental order from DPS dated Oct. 24, 2019 paints a picture of Allen as an incompetent, disrespectful employee who had difficulty learning the skills for the job.

The order says Allen was dismissed as a probationary employee because she "repeatedly displayed inabilities to comprehend basic skills, operate safely in the capacity of Firefighter IV, and on several occasions [had] been disrespectful and dismissive to co-workers and supervisors."

The order lists Allen's shortcomings as a firefighter, including multiple failures related to putting on personal protective equipment, the inability to manage and advance 2 1/2 inch hose lines, unsafe operation of chainsaws and unsafe operations with ladder and axe training exercises.

It says Allen received 19 deficiency reports from various instructors during her time with DFD.

It also details attempts to help Allen succeed, including coaching, counseling and recommended action plans after she failed to pass a test and after she received her seventh deficiency report.

At one point, the order says Allen told a captain that she refused to participate in a high-rise firefighting training exercise.

The order says the fire academy had concerns with her progress during training, specifically how many repetitions it took her to complete training exercises with proficiency and how well she retained information and skills.

The order says at one point, an assistant chief met with Allen over concerns that she was becoming withdrawn and frustrated with her crew and that she "appeared not to be a part of the team." The meeting also addressed the importance of her being respectful to fellow firefighters and command staff, according to the order.

The order says that despite Allen's 19 deficiency reports, which would normally result in a recommendation for dismissing a trainee, the department chose to retain her in hopes that exposure to a wide variety of emergency calls and additional instruction would allow for refinement of her skills.

The fire department's attempts to encourage Allen's success were "increasingly met with agitation, frustration, denial and defiance on [her] part," the order says, and "[her] lack of understanding of the importance of [her] role puts the lives of [her] fellow firefighters and the public [she] serve[s] at danger."

The order concludes that Allen was unable to meet the qualifications necessary to perform the essential functions of the position of Firefighter IV.

The lawsuit filed by Allen and Cassie claims their white male counterparts were not subject to the same criticism they were, and Allen claims she was targeted because of her race before she was hired by DFD.

“For example," the lawsuit says, "before Ms. Allen began the Academy, the Denver civil service detective assigned to do her background check told her that DFD was concerned about someone of her background joining the Academy because of the ‘myth’ that she was not ‘moldable,’” the lawsuit reads. “She asked him if he meant her having a ‘black attitude,’ and he responded, ‘you know what they say.’ Ms. Allen understood the officer to be referring to the myth of the ‘angry black woman.’ He never denied that he was referencing this myth, and in response to her inquires, merely just kept repeating, ‘well, you know.’”

The lawsuit alleges that during her training, Allen was subject to more scrutiny than her colleagues and at one point was accused of getting her doctor to lie for her about injuring her foot.

In another case, Allen claims she was told by a leader at the department “you people like to put all them things in your hair” and that she would need to figure out how to put her hair in a helmet.

After graduating from the academy, Allen alleged that supervisors “warned” other departments about her, and at one point she was told by a supervisor that “training staff said she was ‘weak,’ he ‘didn’t like her attitude’ and he ‘believed in tradition,’” the lawsuit says.

Allen’s attorneys sent a letter to DFD regarding the alleged discrimination on Sept. 18, 2019. DFD investigated the situation, the lawsuit says, and determined her allegations were unfounded.

The lawsuit says Allen was placed on administrative leave on Oct. 22, 2019 and was fired on Oct. 24.

“Denver fired Ms. Allen because of her race and sex and in retaliation for her complaints of discrimination and retention of legal representation,” the lawsuit says.

The other plaintiff, Cassie, also alleged she was highly scrutinized during the academy when she joined the department in 2018. She alleges she was forced to repeat the academy after sustaining an injury, even though some of her white male colleagues did not have to.

The lawsuit alleges Cassie was subject to racism in the department after she graduated from the academy, at one point alleging that because of DFD culture she "should keep her head down and act like a slave."

In addition, the lawsuit alleges that a lieutenant repeatedly referred to Cassie's personal appearance, specifically her backside.

Citing systemic sexism and racism in the department, both plaintiffs asked for damages related to attorney’s fees as well as “future pecuniary and non-pecuniary losses, emotional pain, suffering, inconvenience, mental anguish, loss of enjoyment of life and other non-pecuniary losses.”

RELATED: Boulder County reaches settlement with woman who claimed excessive force after being tased in jail

A spokesperson for the Denver City Attorney’s Office declined to comment on the suit, saying that it had not yet been served.