Dog goes missing in mountains for five days, then reunites with owner 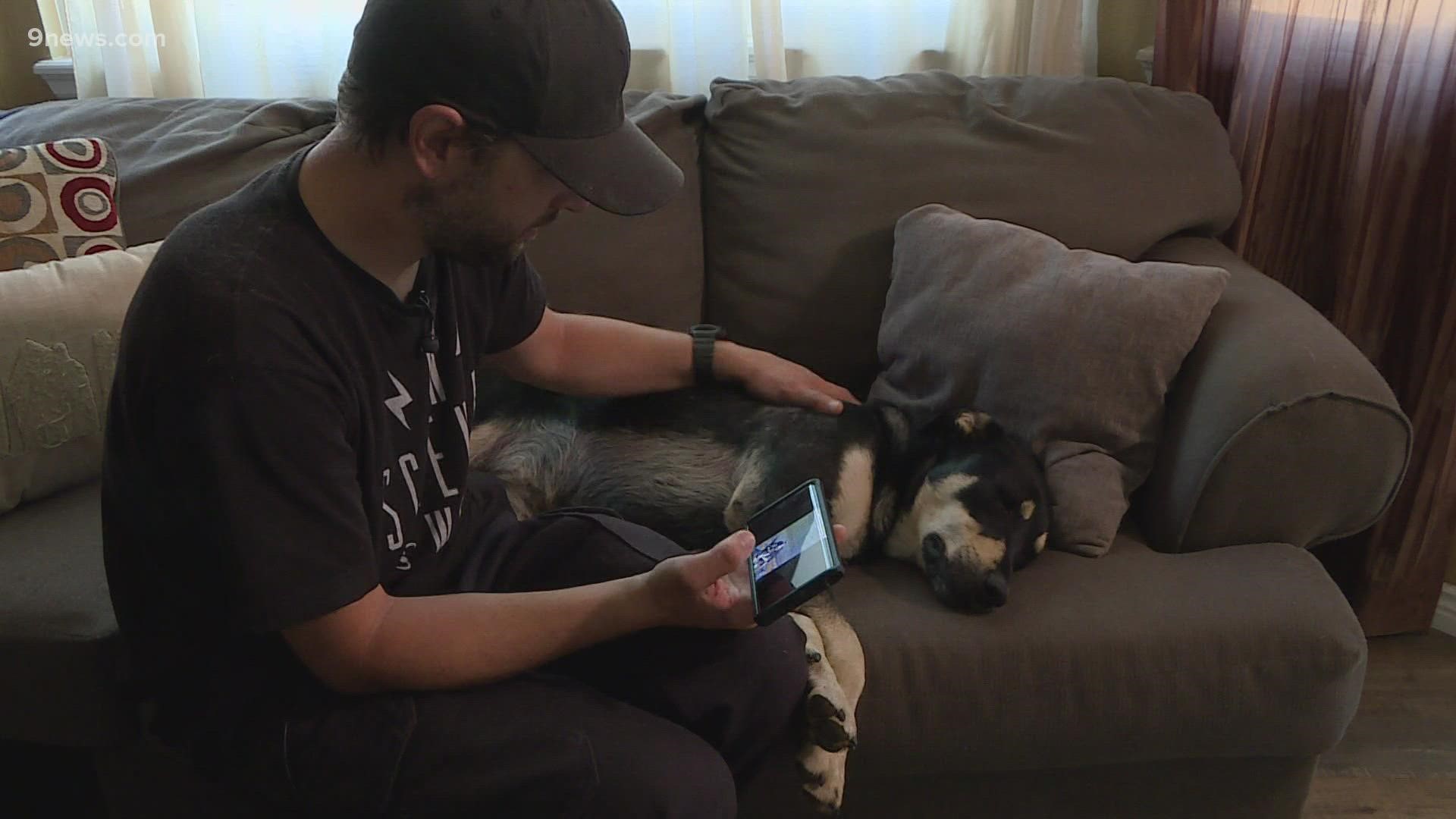 GRAND COUNTY, Colo. — A dog named Stella is reunited with her owner in Denver after she was lost and alone for five days in the mountains in Grand County.

Last Monday, Curtis Culver and his brother called for help when it snowed more than they planned for during a backpacking trip in Grand County.

Every year they go on a trip. This one was their 20th.

"We were prepared for 3 inches of snow at the most and there were between 6 and 10," Culver said. "It was a little after 6:30 when we heard them yell the first time, and we sat up and screamed back."

Relief quickly turned to panic when the search and rescue team got to them. Stella got scared and ran away.

Culver said they couldn't stay at the campsite to find her because it was going to be too cold overnight.

"My brother and I weren’t confident enough in our fire starting and maintaining abilities in the 18-degree weather forecast," he said. "It was just the emptiness you feel inside knowing you are not leaving with all the lives you came with."

After significant research and preparations, volunteers with search and rescue decided to go back to the campsite Saturday to find Stella. The hike was 14 miles round trip.

"It's really important to them that they close missions out completely, and this was just an open end that no one wanted to leave open," Michael DonMoyer, volunteer with Grand County Search and Rescue, said.

DonMoyer said the hike to the campsite was four hours long. On Saturday, they found Stella not too far from the campsite.

That second rescue to help Stella gave Culver a second chance to hold his dog after she survived five days alone in the woods.

"I love her," he said. "If I could take her everywhere I go, I would, honestly."

Culver said Stella was wearing a backpack with her food and some snacks. He believes she was able to open it to eat the food until search and rescue found her.

RELATED: ‘Miracle dog’ survives a month in Maroon Bells wilderness after getting lost