The county could have an additional 50 school resource officers in the next three years but the school district said it can't afford to pay its share. 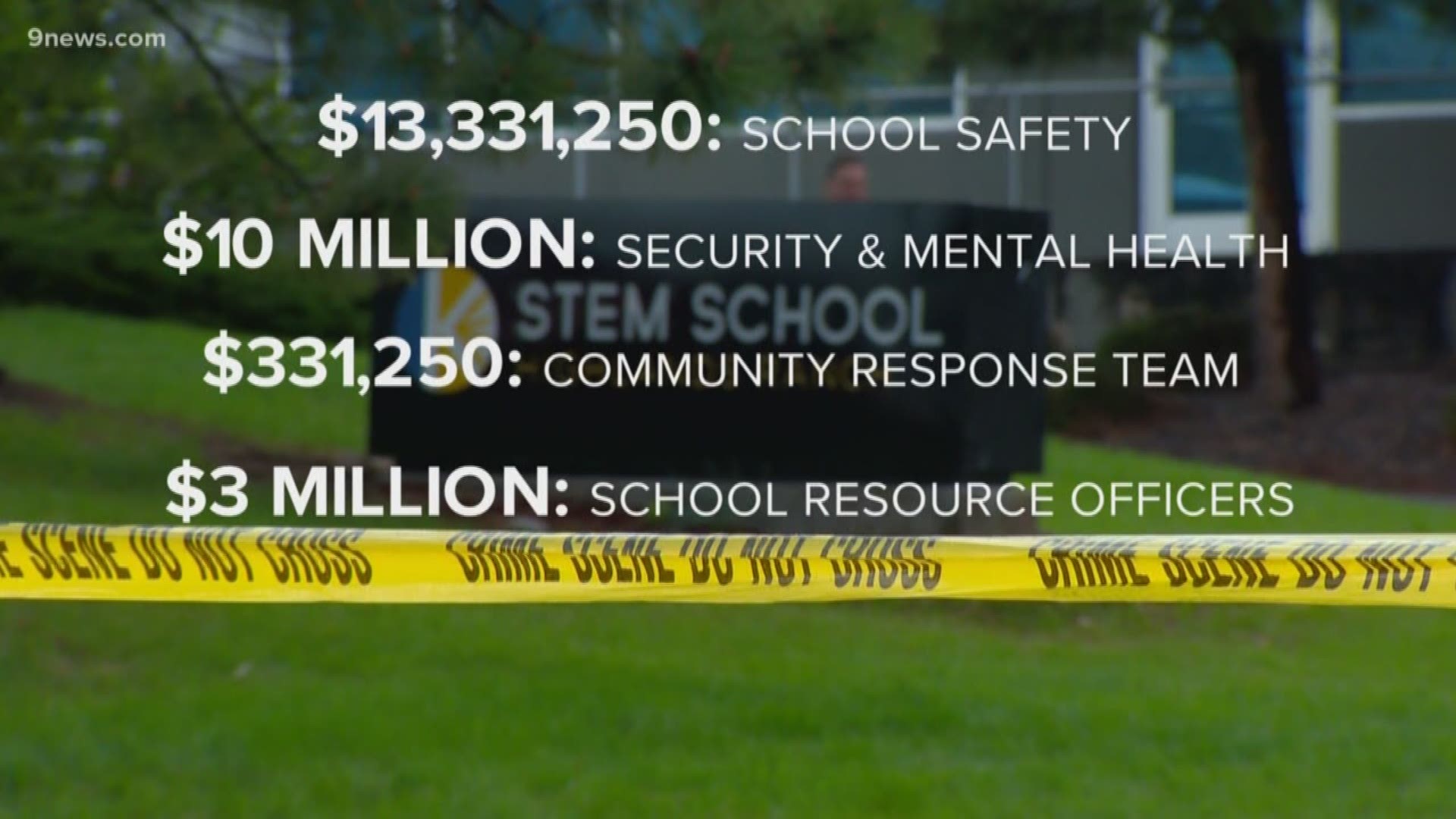 The funding approved by the Douglas County Board of Commissioners Tuesday addresses everything from physical barriers to mental health to school resource officers. But the Douglas County School District (DCSD) does not approve of the plan in its current form.

Currently, $3 million of the $13,331,250, coming from the county, would be set aside to bring on more School Resource Officers (SROs). But the district and any participating private schools would have to match that $3 million.

The school district says it doesn’t have room in the budget to make that match and it takes issue with the county giving private schools these funds.

The Douglas County Sheriff’s Office could bring in an additional 50 SROs for a total of 61 in the next three years.

A $10 million chunk in the current plan is for one-time funding for “physical entryway security technology and mental health services for children.” The commissioner's plan is to create two committees that will develop a strategy for using these funds.

The school district disapproves of the makeup of these nine-member committees. Douglas County Schools would get two seats on each of them. Private schools would have a seat on the mental health committee and the county commissioners would appoint a handful of seats on each committee.

DCSD sent out a statement in response to the public meeting today. It read in part:

“With respect, the commissioners were not elected to make decisions for our students, staff and schools in DCSD. We would be grateful for monetary support, as well as support of any ballot initiatives (Mill Levy Override or Bond) in the future. It would be irresponsible, however, for our seven elected, volunteer board members to abdicate decision making responsibility for DCSD to the Douglas County Commissioners or any committees they may form.”

The last bit of money, $331,250, would establish a fourth Community Response Team in Douglas County, though this one would be solely dedicated to schools. It would help connect students and families to mental health services throughout the county.