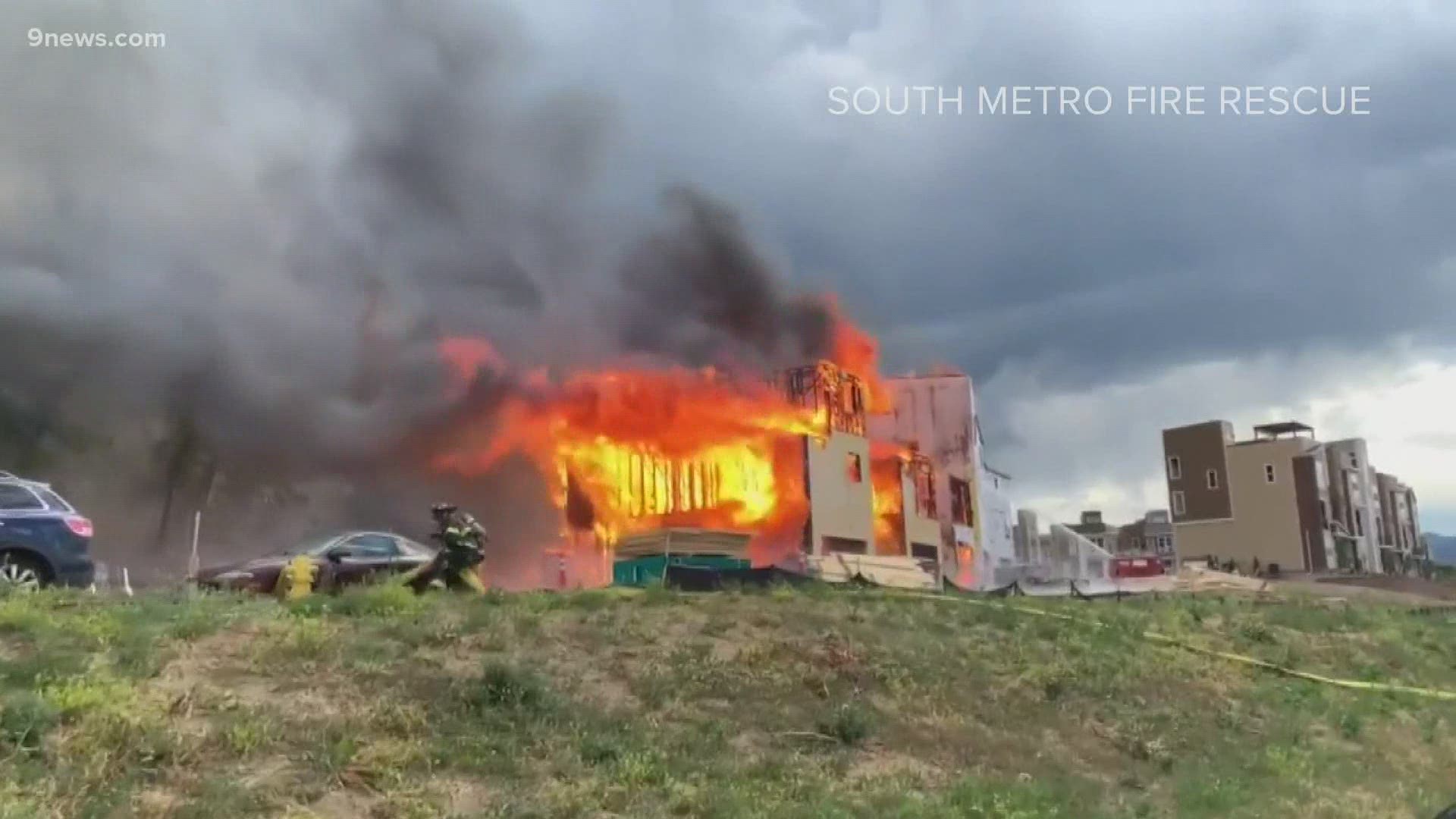 DOUGLAS COUNTY, Colo. — Four buildings that were under construction were destroyed after catching fire Monday afternoon. Another building was damaged, according to South Metro Fire Rescue (SMFR).

The two-alarm fire broke out just before 3:45 p.m. Monday at the construction site off of Channel Drive and Riverscape Court in northern Douglas County. That's just north of C-470 and just south of County Line Road near McLellen Reservoir.

Fire officials said two people at the construction site suffered possible burn injuries. The severity of the burns and the peoples' conditions are not yet known.

The fire spread south to some brush areas near the Highline Canal before crews were able to get it under control, fire officials said.

Firefighters later returned to the scene due to wind blowing embers into treetops along the Highline Canal.

SMFR investigators determined the cause of the fire was accidental due to use of flammable liquids during construction work, according to a tweet from the department. 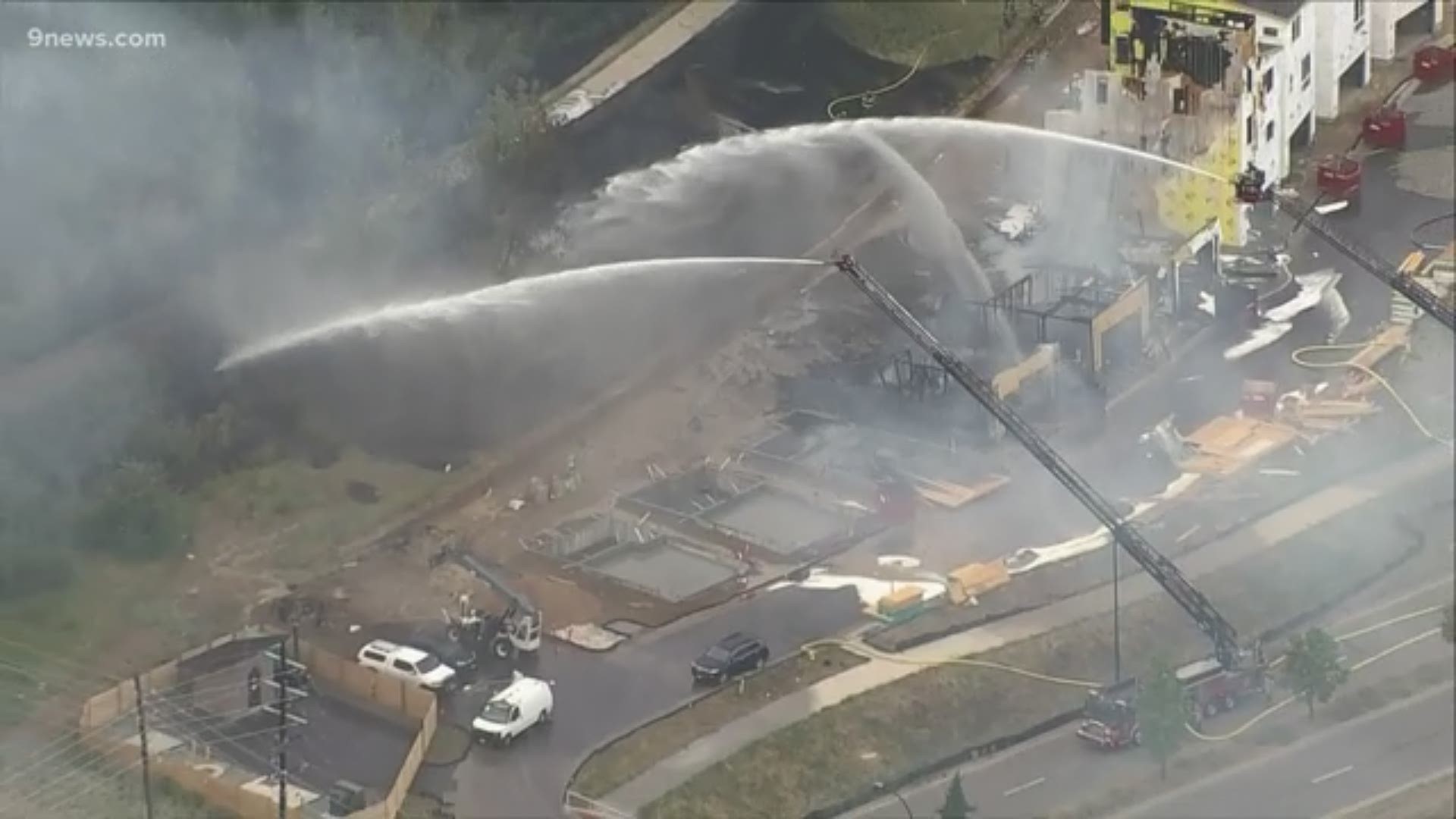 RELATED: Boulder sees 384% increase in reports of fireworks over Fourth of July weekend