DPD launching review after journalist claims she was detained

A journalist at the Colorado Independent claims she was detained after taking photos of an incident involving a naked man in Capitol Hill. 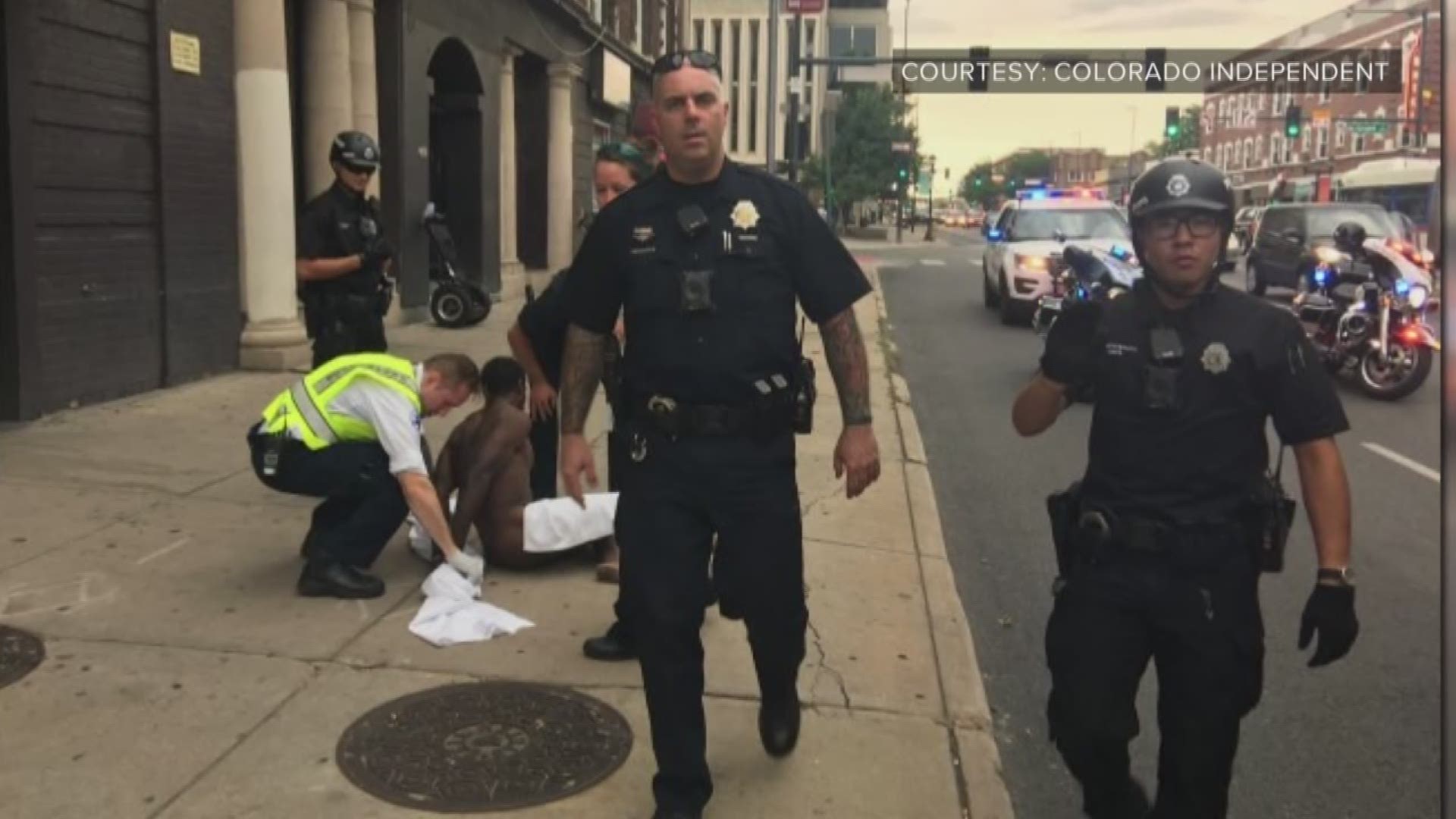 KUSA — KUSA – The Denver Police Department will launch an internal affairs investigation after a Colorado Independent journalist claimed she was detained for taking photos of an incident in Capitol Hill Thursday.

Susan Greene, an editor for the Colorado Independent who resigned from the Denver Post in 2010, detailed her account of the encounter in a column that was published Friday morning. She claimed she was in the area of East Colfax Avenue and North Grant Street when she saw police handcuff a naked man across the street from the Colorado State Capitol.

"What I saw when I was driving by on my way to the bank was a bunch of police standing around a man who was naked and had just a little bit of cloth over his private parts," Greene said in a photo interview with 9NEWS on Friday.

Greene wrote that when she took out her phone to shoot pictures of the scene from the sidewalk, Denver Police Officer James Brooks blocked her and told her to stop. She said she cited her First Amendment rights, prompting the officer to claim in turn that she was violating the HIPAA rights of the naked man.

"I said, 'It’s a public sidewalk,' and he said, 'well you can’t do that,' Greene told 9NEWS. "And I said, 'Well there’s a First Amendment, just doing my job' and he said, 'Aell there’s HIPAA, you’re violating this man’s HIPAA rights'."

According to Greene’s column, she proceeded to take photos of the officer, who later “grabbed me and twisted my arm in ways that arms aren’t supposed to move.”

Greene said another officer – identified as Adam Paulsen – handcuffed her and pushed her toward a nearby police car. She said she has asked for documents and recordings about the arrest of the man she spotted on the street, as well as her ensuing treatment.

The officers had told Greene she was in the way of the ambulance and resisting arrest, according to her column.

In a news release, the Denver Police Department said the officers were calling for an ambulance for the man when Greene started taking photos.

"Officers confronted the bystander and detained her until after the person was taken to the hospital," the news release reads.

Greene said she asked DPD why the man being taken to the hospital was in handcuffs. In her column, she said she didn't get an answer.

The Office of the Independent Monitor will now be involved in oversight of the incident in addition to the department itself.

Greene told 9NEWS she has not filed a complaint or report with the Denver Police Department and she said she it not sure if she plans to.

"I’m not sure yet. There are a lot of things to consider first so I’m not gonna make any decision about that immediately," she said. "There are considerations to take including the fact that we have a small team and we need to cover the city and county of Denver and I have to weigh the ethical ramifications of getting into that type of complaint relationship or even litigious relationship before making any decisions."

DPD declined to provide additional details, citing the ongoing investigation. The department also said it would not release body camera video, saying it would "be contrary to the public interest."

The investigation will be overseen by DPD's new chief, Paul Pazen, who takes over for Robert White.

The officers Greene named in the incident both have prior disciplinary records in the department.

Brooks is assigned to district six of the Denver Police Department, according to his disciplinary record, and first received a complaint in 2009. Most of his past complaints have been declined with the exception of one on Dec. 4, 2017, when the department found he failed to “obey departmental rules and mayoral executive orders” in regards to evidence and personal property.

He received a written reprimand for this incident, according to the records.

Paulsen also has a disciplinary record that extends back to 2009, when he was involved in a “preventable accident” and received an oral reprimand. He was given a written reprimand for another incident in 2010, and found to have used an improper procedure with evidence and personal property that same year, according to the disciplinary records.

Paulsen was suspended in 2011 for “discourtesy,” according to the records, and received another suspension for “improper procedure – pursuit” that same year.

In 2014, he was found to have been discourteous and received a written reprimand, according to his disciplinary history.

The Denver Police Department provided 9NEWS with its policies in regards to seizing electronic equipment and preventing the recording of police activities.

According to the department's manual, people in public spaces have the right to be in the area and record as long as they are a reasonable distance away, not hindering police actions, crossing crime scene tape or in the way of emergency personnel.