DPS school's banners have been up for years with no issues, until now

The city cited a zoning ordinance violation that could impact other schools around the city. The Dora Moore school could lose $10,000. 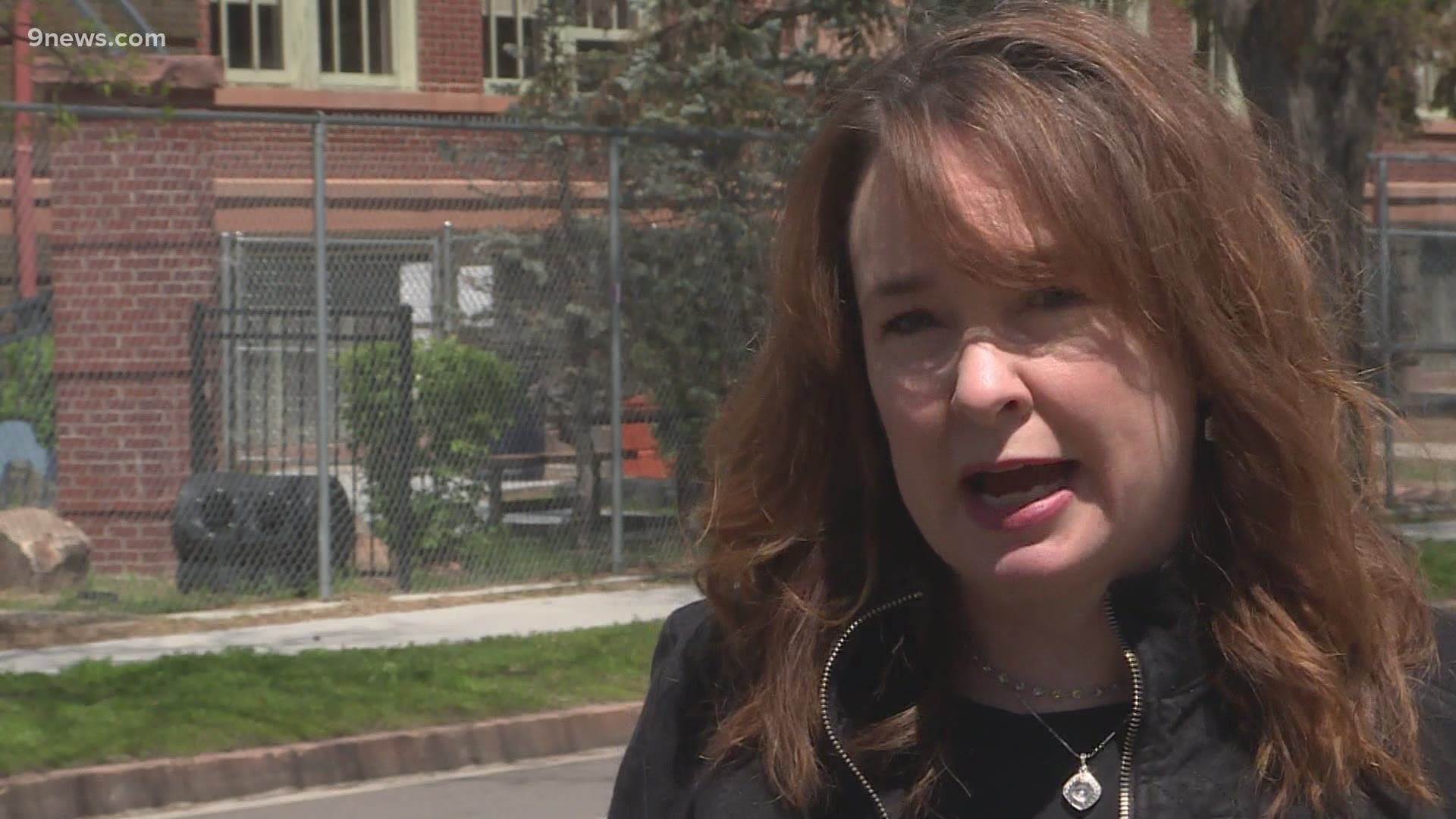 DENVER — Every single day, hundreds of cars drive through the intersection of East 8th Avenue and North Downing Street in Denver. Every day, drivers see banners put up by parents to raise money for the Dora Moore ECE-8 school.

"We can't really go to our parents and ask for a lot of donations, so this is our primary donation," said parent Trisha Ntalianis.

Ntalianis is a member of the Dora Moore Parent Teacher Student Association (PTSA) and runs the Banner Program for the school. She sells prime advertising space to local businesses to raise money for classroom expenses. The busy intersection of 8th and Downing is at the southeast corner of the school property.

"So, there is a considerable amount of traffic on this corner in particular," Ntalianis said.

She said the banners have been up for years with no issues, until now.

"It's very common to see banners on school fences around the city," Ntalianis said.

The City of Denver issued a zoning violation order to the Dora Moore school. The order calls for the removal of the banners because of a lack of a permit.

"It's possible that we're going to have to take these down," Ntalianis said. "We have less than 45 days at this point."

She said the PTSA might have to refund about $10,000 to the businesses if the banners are taken down. She said that takes money directly out of the classrooms.

"Not just refund the money, but then years going forward, we're not going to be able to have our main fundraising source for the school," Ntalianis said.

She said getting a permit is not simple.

"DPS owns this building," she said. "How do we as a PTA actually request a permit for a government building?"

“We regret that the removal of banners will impact the fundraising efforts at Dora Moore, which received a complaint from a community member. However, DPS will comply with city regulations.”

The order requires all school banners to be removed, too, not just the ones for advertising. Ntalianis wonders whether other schools will be impacted.

"Theoretically, if you're going to have banners up, you're supposed to have a permit," Ntalianis said. "It is something that schools have done for a long time and evidently trying to fly under the radar."

She promised to fight through an appeal. She said she will even take the issue to the Denver City Council to keep from removing the banners from Dora Moore and potentially other schools around Denver.

"Let's find a way," Ntalianis said. "I'm sure there's a way we can figure this out."

RELATED: Many Colorado families struggle to afford pricey summer camps. A nonprofit is footing the bill for hundreds

RELATED: DPS has named 3 finalists in its superintendent search