Dr. Justina Ford honored for what would be her 150th birthday

The Black American West Museum celebrated by a virtual livestream so the entire community could engage in her legacy. 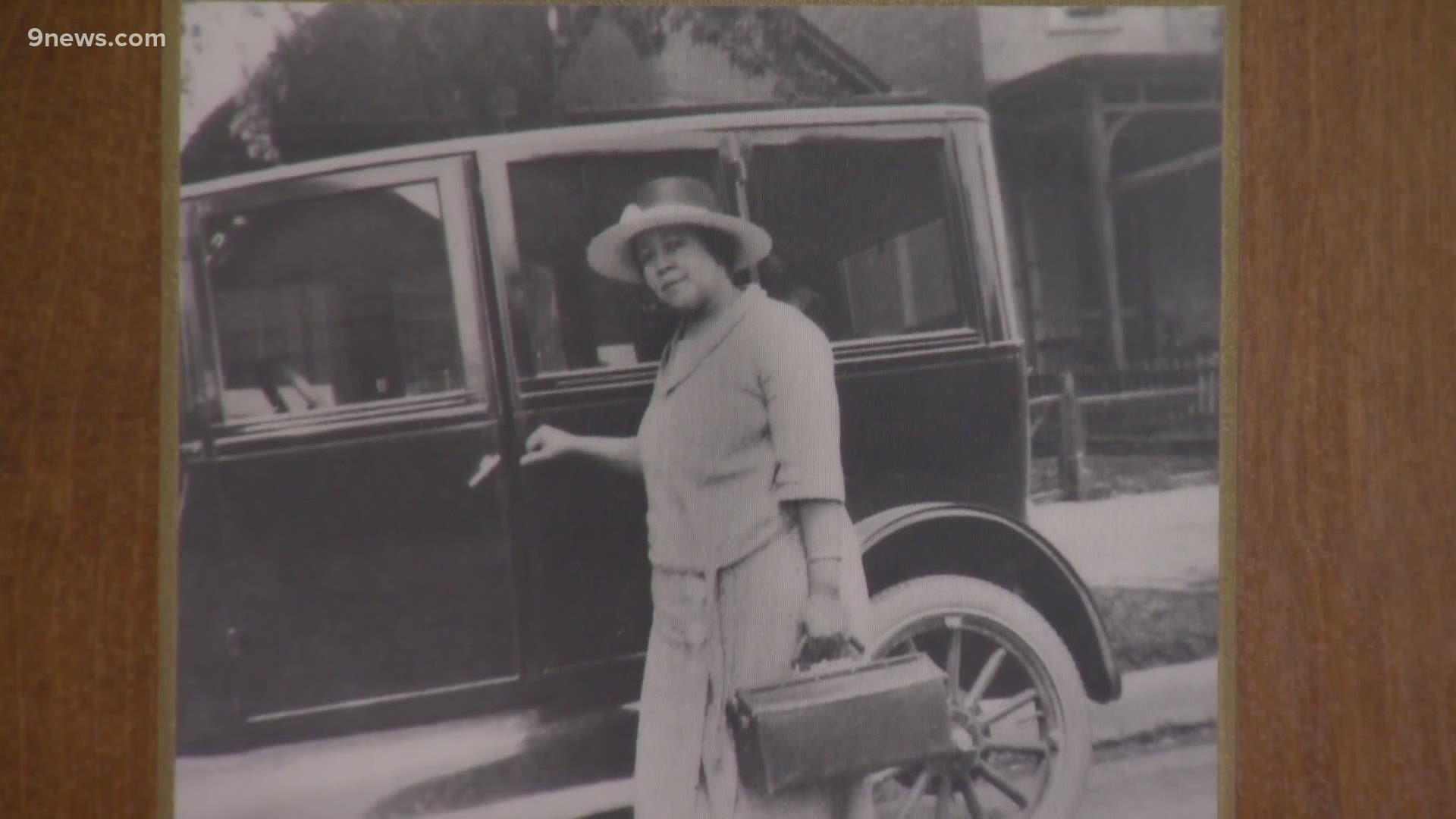 DENVER – Governor Jared Polis recently proclaimed January 22nd as forevermore “Dr. Justina Ford Day” as part of her 150th birthday celebration. Dr. Ford was the first Black female licensed physician in Colorado dating back to the early 1900s until her death in 1952.  Her house is now home to the Black American West Museum and Heritage Center.

“She came from Knoxville Illinois in 1902 with her husband who was a pastor,” said Black American West Museum PR strategist Sylvia Lambe. “Mr. Ford came to minister at the Zion Baptist Church.”

Dr. Ford specialized in general medicine and treated people either in her office or in their homes. Most patients came to her for checkups, minor illness and obstetrical care. Late in life, she estimated that she had delivered some 7,000 babies during her 50-year career.

“Dr. Ford lived in the Five Points area on Arapahoe Street and that house served as her practice,” said Lambe.  “She was denied membership at the Colorado Medical Society and the Denver Medical Society because she was Black, and she was a woman.”

Lambe helped produce a virtual livestream tribute to Dr. Ford to help celebrate what would be her 150th birthday. The celebration was held virtually due to COVID-19 pandemic guidelines. The goal was to recognize Dr. Ford’s contribution to the health and welfare of babies born in the area.

“She served immigrant and underserved communities, she could speak between 8-11 different dialects and 37 different nationalities that were in the Five Points area at that time,” said Lambe.

The tribute also included interviews from patients she delivered, like Joseph Martinez who was born in 1949 and grew up in the Five Points area.

“She was a forceful woman and she was determined to do what her passion was,” said Martinez.  “That’s how Dr. Justina Ford was and for me being brought into this world by her is amazing. I think it’s pretty cool…how many people can say that?”

Dr. Ford practiced until 1952, bringing new life into the neighborhood that she loved. In 1984, her house underwent restoration that took four years. Museum founder Paul Stewart then moved the house from its original location at 2305 Arapahoe St. to the site a few blocks away on California Street.

“The planning committee at the Black American West Museum thought it was a great opportunity to preserve her legacy and an opportunity to raise awareness because still not too many people know who she is,” said Lambe.

Lambe hopes the livestream tribute will bring to light Dr. Ford’s accomplishments and serve as an education for all who will visit her former home.

“It’s about that it’s a day that they can own, because she was about ownership (for) everybody and they will feel that she is someone they can look up to and be inspired by.”