After learning from a chaotic start on Monday, National Jewish Health vaccinated around 500 people in their cars on Wednesday morning. 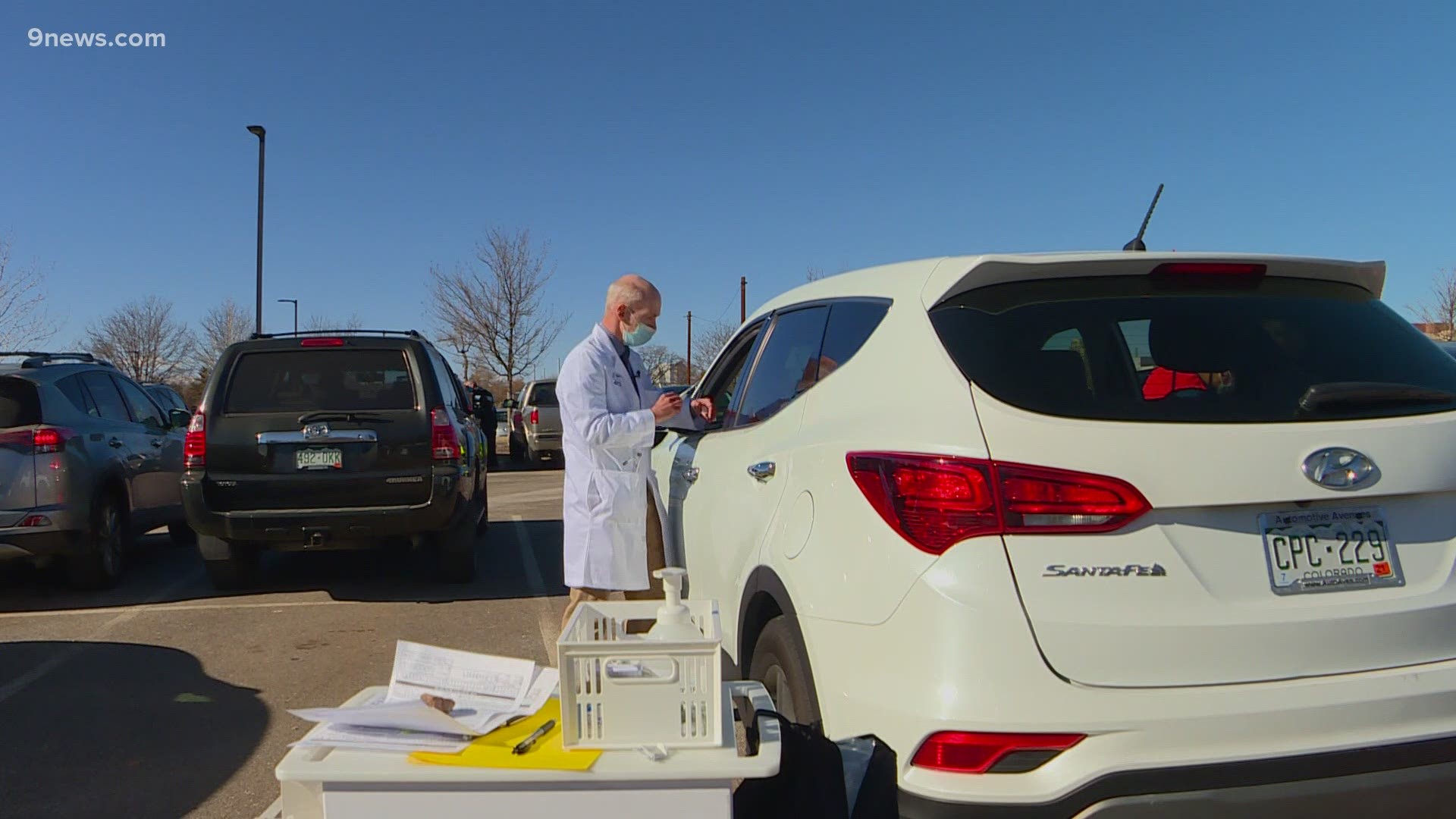 DENVER — On Wednesday morning, a steady stream of cars drove in and out of a National Jewish Health parking lot as the people inside them received a dose of the COVID-19 vaccine.

“Feels great, beautiful day, sunny day, vaccinating people like this is the way to spend a morning," said Dr. Jay Finigan as he rolled a cart around with gauze, disinfectant and vaccine.

This was National Jewish Health's second mass vaccination effort this week after one on Monday was a little more chaotic.

Patients complained of having to wait in long lines outside in the cold as only a few people could be let inside at a time.

“What we found with our mass vaccination on Monday is that the number of folks, in spite of having appointments, all showed up at the same time," said Michael Salem, National Jewish Health's President and CEO. "So this allows us, with an outside venue and an inside venue, to make sure that we maximize the convenience for folks."

Salem said about 500 people would be vaccinated in their cars on Wednesday, and another 250 people vaccinated inside the hospital.

Everyone who drove up had to have an appointment in advance and most people who arrived were already patients previously at National Jewish Health.

The drive-up vaccinations will become a permanent feature. The hospital built a structure in the lot they used at 14th Avenue and Garfield Street. In the spring of 2020, they used the structure to do drive-up testing.

On Monday, Governor Jared Polis directed healthcare providers to begin using the stored second doses of the COVID-19 vaccine as first doses for others.

Salem said National Jewish Health will begin using up the 1,500 doses they were saving.

"We are vaccinating those over 70 with those doses that we have, relying on the fact that those second doses will be available with consistent supply going forward," said Salem.

From the sidewalk a few streets away from Colorado Boulevard, people walking by the vaccination site could hear people cheering from their cars.

One man who received his first dose on Wednesday told us he hasn't hugged his grandchildren since February. He hopes that can change soon.

As the hospital gets more supply, Salem said they will be able to schedule more appointments for non-patients 70 and older. People can sign up to receive notifications about future appointments here.