Driver says scooter rider rammed his car -- then rode away

Doug Day claims when he contacted Lyft, the company told him, 'It's your problem.' 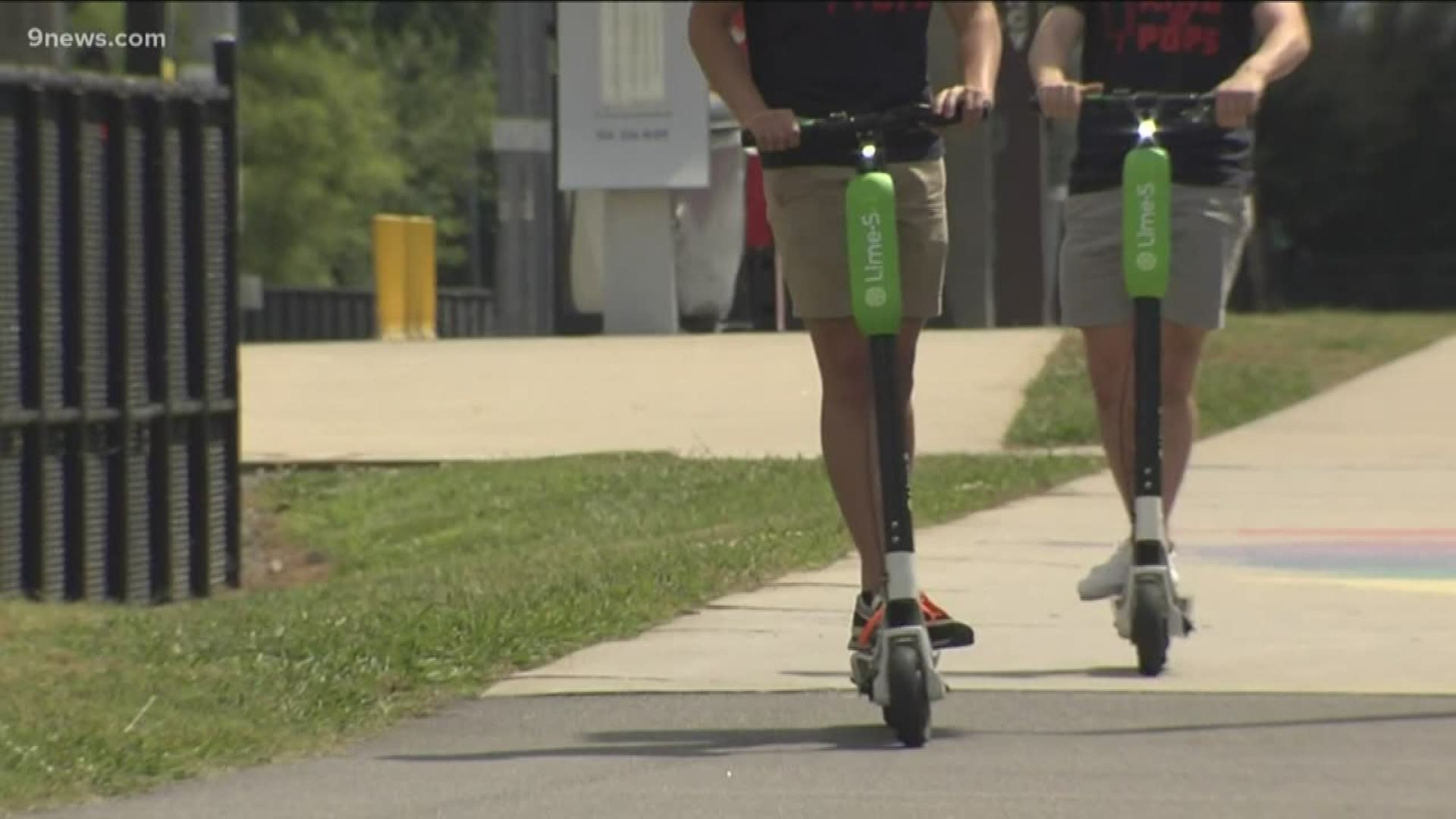 DENVER — A driver claims he was the victim of a hit-and-run with someone riding an electric scooter in downtown Denver Wednesday night.

He said a scooter rider rammed his car on Welton Street. Then, he said the man did something unexpected.

"I was just shocked by the impact and by the sound," Day said. "I was like, 'Oh my God, I killed somebody.' I'm like, 'let me go out and investigate' and he was down the road. He was gone."

Before he left, Day says the man using a Lyft scooter left behind damage to his car.

"The mirror's broken and there's a large dent just below the handle," Day said.

He filed an accident report with Denver Police.

"Then, I called Lyft to see what options I had and was basically told too bad, it's your problem," Day said.

Scooter rental companies have the names of people who rent them and Day said he assumes the companies can track the whereabouts of the riders through GPS. Yet, he says Lyft nor police wanted to help find the culprit.

"At the end of the day, I'm going to be the person whose going to be writing the check," Day said. "I have to pay my deductible and it's going to cost me at least $500."

Lyft does have a policy and does provide riders a way to report accidents, but riders, of course, have to do so willingly.

RELATED: Denver can use GPS limits to stop scooters

When contacted about Day's incident, Lyft released a statement:

"Safety is fundamental to Lyft, and we have built safety processes and guidance into and throughout the Lyft scooter experience. We stand ready to work with local officials to continue to make streets safer for everyone.”

In other cities, rental companies have an agreement with the city to turn over information. In Denver, a Public Works spokesperson said the city does have access to some data per the agreement, but there's nothing specific about investigating a crime.

"There's no incentive to stop whatsoever for the rider," Day said.

Lyft provided additional information to 9NEWS which states that the company does have a team to investigate scooter accidents. But, Lyft also said it has a commitment to protecting its customers' personal data. The company said it won't turn anything over unless it has been officially subpoenaed.

Day believes the way the system exists now is like a loophole allowing riders to cause an accident and just ride away.

"It makes me mad because he did the damage and he has no responsibility," Day said.