The victim was in a bike lane in Arvada when she was hit back in May. 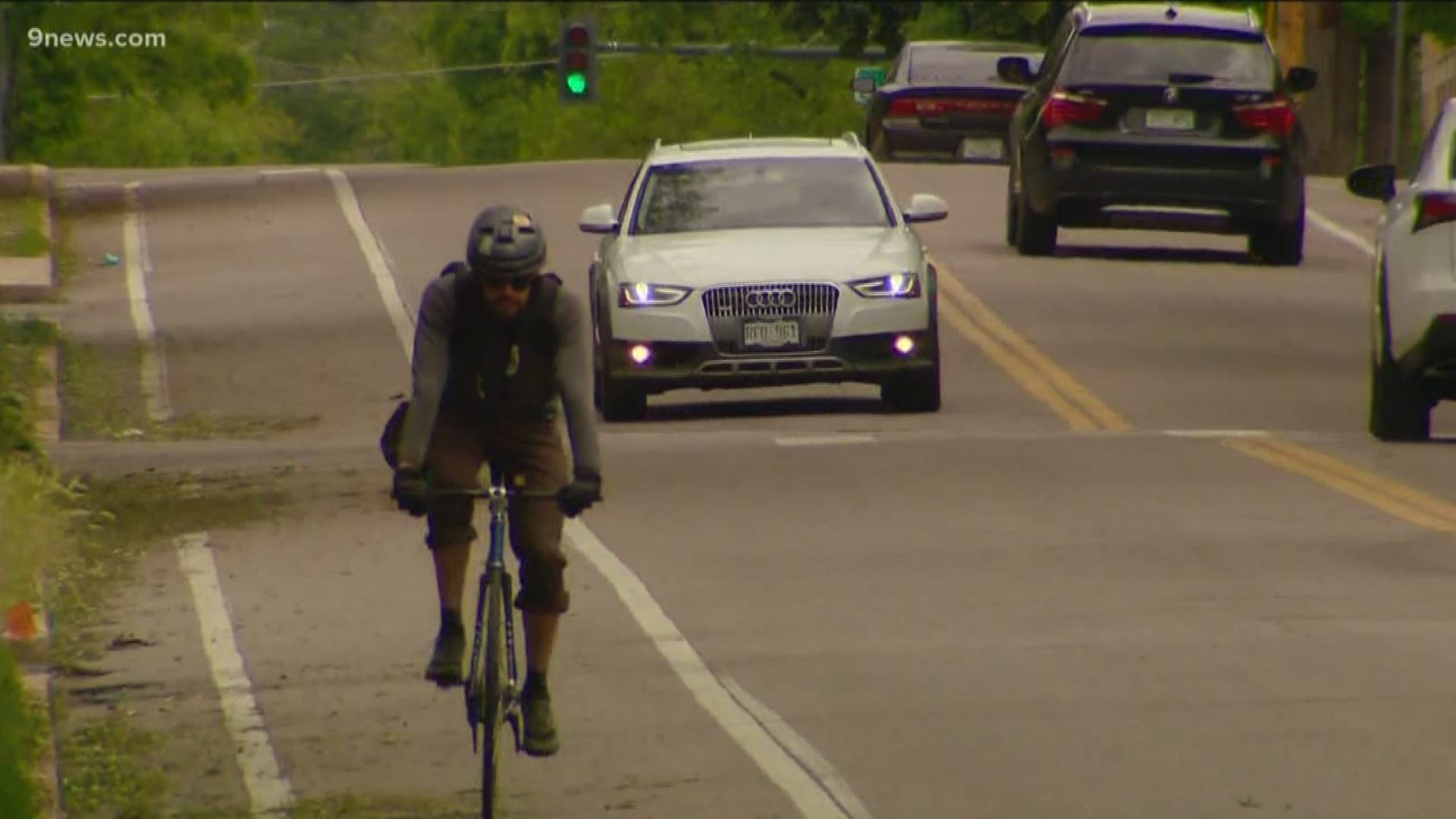 JEFFERSON COUNTY, Colorado — A 19-year-old woman was sentenced to 50 hours of community service Tuesday and nine months of unsupervised probation as part of a plea deal after she hit a cyclist in May of this year.

Ciera Spaulding pleaded guilty to careless driving resulting in injury. She must complete her service with a cycling organization within the next eight months and was also ordered to take a road class and report back to the judge once that's completed.

Megan Hottman said she was riding in a bike lane in Arvada when she was hit by a driver who was attempting to make a right turn.

The crash happened at the intersection of Easley Road and West 61st Drive on May 29, the same day that Gov. Jared Polis signed Senate Bill 19-175 into law. SB 19-175 made it a Class 1 traffic misdemeanor when careless driving results in serious injuries to a vulnerable road user, such as a cyclist.

Under the law, courts can require violators to attend a driver improvement course and do public service. They could also be ordered to pay restitution and have 12 points assessed on their license, which would result in it being suspended.

Although Hottman said she hoped the new law would be applied in her case, that didn't happen.

She addressed the court Tuesday morning and gave a statement about how the crash impacted her life.

"As she [the driver] walks out of here today, she has an intact driver's license," Hottman said.

As a result of the crash, Hottman said she started having headaches and has to now wear reading glasses due to a concussion. Hottman said the injury has also impacted her work performance.

"At work, I started making really strange mistakes, which thankfully, I have a great team who was helping me catch these things," Hottman said.

Hottman lives and works in Jefferson County where she represents injured cyclists. She has spent years educating law enforcement officers about cycling laws and has advocated that DAs use the new law to appropriately punish drivers who harm cyclists.

"I really felt like living and working here and being so involved in this community would count for something," Hottman said. "I'm certainly frustrated because I feel like if I can't get this law charged in my own case, how am I gonna do this for the cyclists we represent?"

Hottman said drivers have to be more aware of cyclists on the road, and there's a big problem that isn't going away.

"Bikes are going to be more and more common and as a society, here in Jefferson County and Denver," Hottman said. "We have to have motorists with their eyes wide open put down the phone driving alert and especially in the presence of bike lanes."