1 dead after dump truck crashes into house in Boulder County

The Colorado State Patrol says the truck was involved in a wreck with another vehicle before crashing into the house. 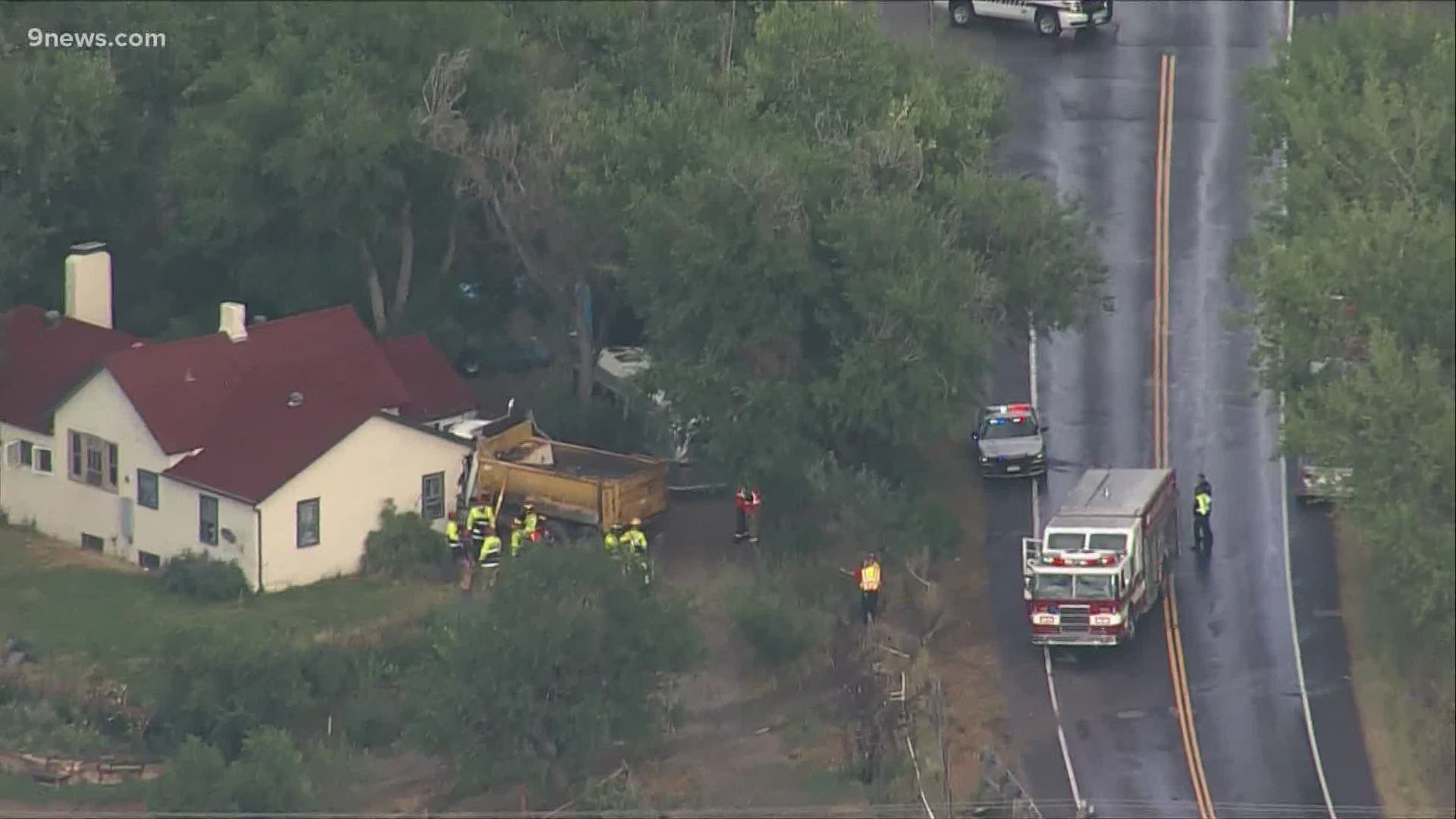 BOULDER COUNTY, Colo. — One person is dead after a crash that led to a dump truck colliding with a house in Boulder County Friday evening.

The Colorado State Patrol (CSP) says the truck was involved in a wreck with another vehicle on North 51st Street west of Longmont just after 5:20 p.m.

The truck ended up crashing into a house. One person was killed, although it was not clear which vehicle that person was in. A spokesperson for CSP did not know whether anyone was in the house at the time.

Three people were taken to the hospital -- two from the truck and one from the other vehicle.

It is not known whether drugs or alcohol were factors in the crash, CSP said.