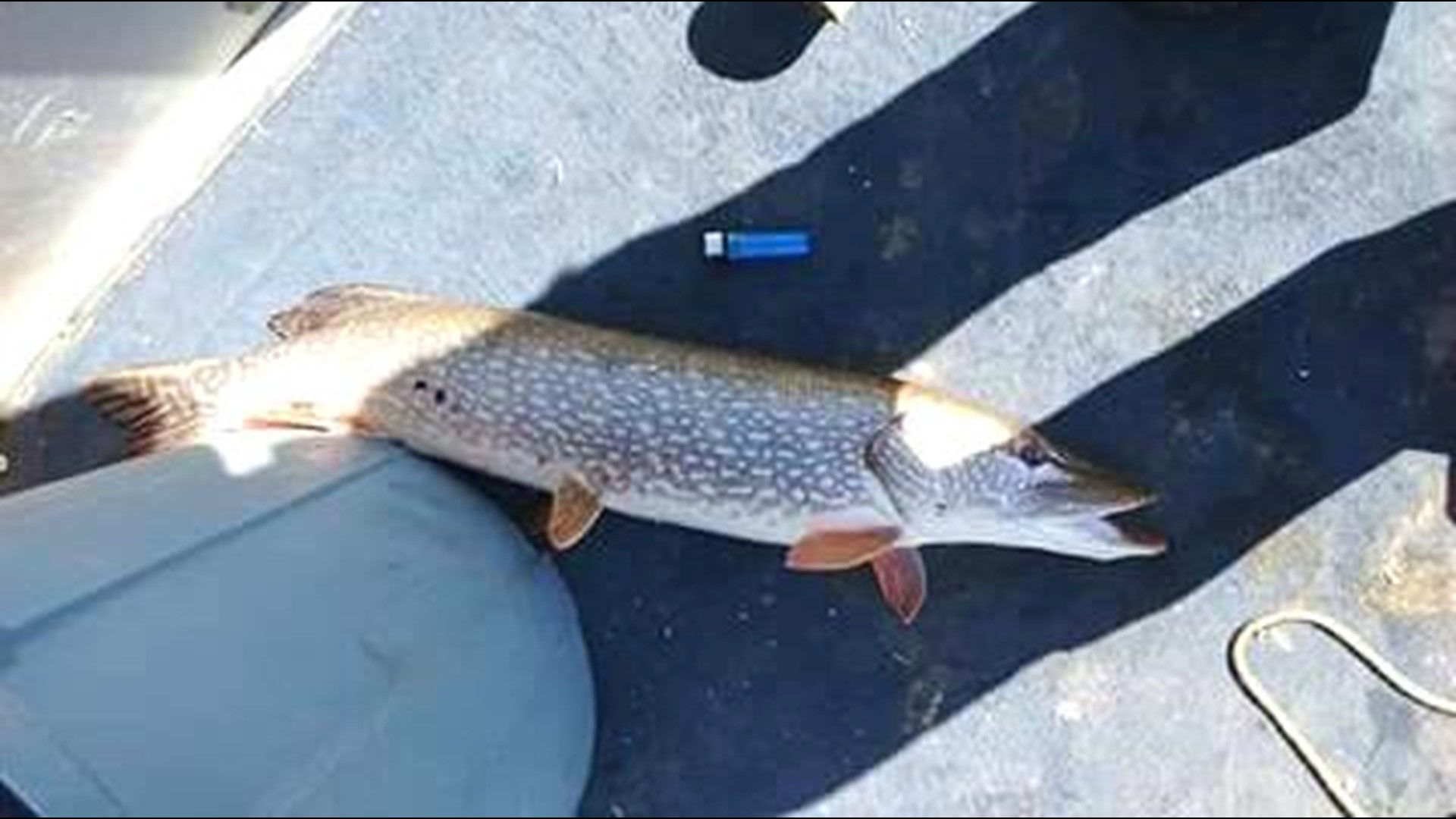 RANGELY, Colo. — Colorado Parks and Wildlife (CPW) is giving anglers at Kenney Reservoir an extra incentive to help catch an invasive species that was illegally introduced there last fall.

From June 1 through Nov. 30, licensed anglers can earn $20 for each northern pike caught and removed from Kenney Reservoir, the White River and other waters, from approximately Stedman Mesa to the Utah border, a release from CPW says.

The 335-acre reservoir located near Rangley is a popular spot with anglers fishing for catfish, black crappie and common carp fishery, CPW said.

RELATED: You can fish for free this weekend in Colorado

Aquatic biologists first detected the presence of northern pike species during the fall of 2018. That’s a problem because northern pike are indiscriminate predators and consume nearly any fish they catch.

“The illegal, unapproved relocation of fish from one body of water to another continues to cause significant problems for management agencies, water providers and ethical anglers across Colorado,” a release from CPW says.

Authorities believe the northern pike were most likely dumped into the reservoir by someone attempting to create their own personal fishery –otherwise known as a 'bucket biologist,” according to CPW.

"Moving any live fish is a criminal act and can cause great damage to an existing fishery, threaten our native fishes and cost the sportsmen and women of Colorado thousands of dollars annually," CPW's Area Wildlife Manager Bill de Vergie said.

CPW said illegal fish stocking can result in fines up to $5,000 and the permanent loss of hunting and fishing privileges.

For each body of water, anglers must present their fishing license to qualify for the harvest incentive. Anglers should bring their freshly caught northern pike to the District office at 2252 East Main Street in Rangely during typical business hours.