"I hope this brings about a national conversation about forced sedation and marginalized groups.” 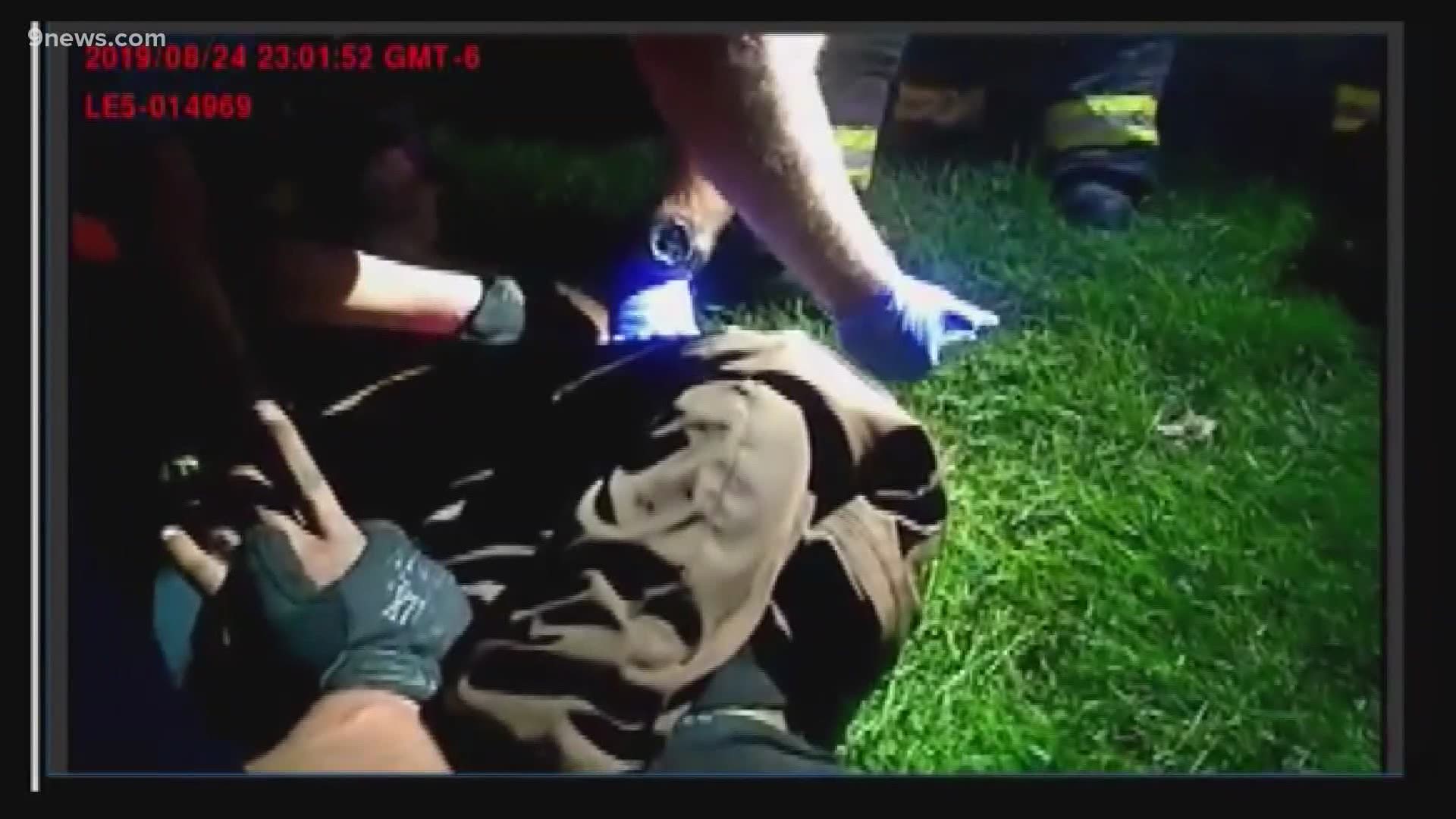 AURORA, Colorado — Records obtained by 9NEWS show Aurora Fire Rescue (AFR) has used the sedation drug ketamine on patients 25 times since November 2018 and they typically administer a dose of 400 to 500mg.

Ketamine is a sedative that Colorado's paramedics use on out of control patients.

The use of ketamine by paramedics gained attention after the death of Elijah McClain. The 23-year-old was detained after a report of a “suspicious person” in the area. McClain’s family said he had been walking to the store to get iced tea, and would usually wear a face mask when it got cold outside. After a struggle, Aurora Police used a carotid hold on him.

First responders said he wouldn't calm down so AFR pushed a 500 mg dose of ketamine in his shoulder. He went into cardiac arrest and died days later.

Ultimately, the coroner couldn't pinpoint a specific cause of death, but didn't rule out that McClain could have had a negative reaction to the drug.

According to the District Attorney's report, paramedics overestimated McClain's weight by 80 pounds, thus the much larger dose. The department said they typically aim to give people 5 mg of the drug per kilogram of estimated body weight.

“In general ketamine can be a safe drug, but when the dosage is too high for that particular patient, you can certainly run into problems," said Dr. Danielle Doyle, the assistant professor of anesthesiology and pain medicine at George Washington University. "You can run into them quickly.”

AFR denied interview requests but said their medical direction team completed a review of the incident and concluded that medics met expectations, protocols and policies.

"Under certain circumstances that is a large dose,” said Doyle who said that in a clinical setting she would have started McClain on a dose about half the size he was given. “We teach residents and budding anesthesiologists and doctors and we often tell them you can always give more but you can't take it back.”

Records show AFR almost always uses a 400 to 500 mg dose. But it's impossible to know just how accurate their weight estimations are. The Patient Care Reports don’t reflect actual weights and sometimes don't list an estimation at all.

Doyle said she believes first responder agencies need to evaluate this new approach of giving a sedative without knowing so much as a person's first name.

“The use of sedation, or forced sedation, in patients should definitely be evaluated," she said. "I hope this brings about a national conversation about forced sedation and marginalized groups.”