The city, along with more than a dozen current and former police and fire employees, cite insufficient facts for the dismissal. 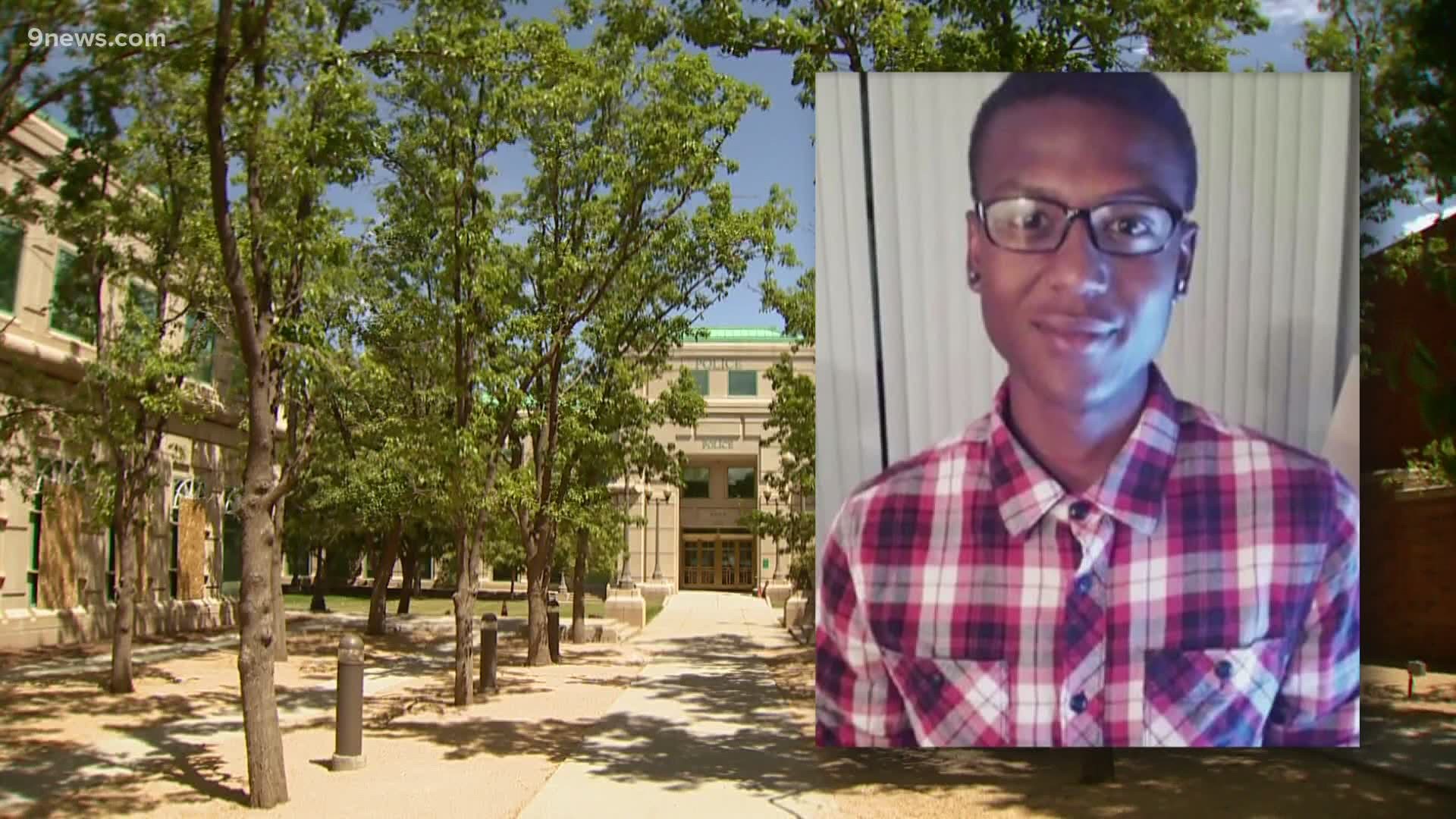 AURORA, Colo. — The city of Aurora on Monday filed a motion to dismiss a federal civil rights lawsuit brought by the family of Elijah McClain.

Five separate motions filed in a Colorado district court – representing Aurora and about a dozen police and fire employees – say the plaintiff fails to allege sufficient facts to support claims for municipal liability. That includes claims of a failure to train, excessive force, racially-biased policing and a failure to provide adequate medical care in the events leading up to the death of the 23-year-old in 2019.

"The death of Elijah McClain ... is a tragedy," the motion filed by attorneys for the three officers directly involved in the incident reads. "However, this tragedy was not caused by deliberate and discriminatory acts or omissions of the APD (Aurora Police Department) Defendants."

The city and police and fire employees listed in the suit denied any wrongdoing two weeks ago.

Body camera footage shows a confrontation quickly escalates from officers yelling "Stop!" to McClain being thrown on the ground.

Officers used a now-banned carotid hold (or chokehold) to keep McClain restrained. The district attorney said McClain lost consciousness, but regained it and was heard in body camera footage saying "my name is Elijah McClain ... I was just going home." Paramedics administered 500 mg of ketamine to sedate him, and officers were later told he had no pulse in the back of an ambulance and needed CPR.

The motion filed by attorneys for two Aurora Fire Rescue (AFR) employees who administered ketamine says the lawsuit repeatedly mischaracterizes the 500 mg dose of ketamine as an “overdose," and AFR "did in fact provide sufficient training for administering ketamine."

The AFR defendants "move for dismissal of all claims against them ... based on failure to allege unconstitutional conduct, entitlement to qualified immunity, and failure to plead willful and wanton conduct under the Colorado Governmental Immunity Act," the motion reads.

The CGIA provides that public employees are immune from liability on tort claims arising out of an act or omission of the employee — during the performance of his duties and within the scope of his employment — unless the act or omission causing such injury was willful and wanton.

The motion filed on behalf of APD defendants says the complaint does not sufficiently allege that officers who first made contact with McClain denied him equal protection of the law or treated him less favorably than his white counterparts.

"The Complaint accuses APD Defendants of racism and racial discrimination against Mr. McClain, yet it fails to sufficiently support these allegations against each individual APD Defendant ... " the motion reads.

The lawsuit also makes allegations that statistics show disproportionate uses of force against Black individuals, the motion reads. The motion claims there is no evidence to demonstrate that the data are a reliable measure of the relevant population and "the statistics alleged, standing alone, are insufficient to support claims of discriminatory purpose against the individual officers and are, therefore, also insufficient to support a claim for municipal liability."

In another motion, on behalf of three APD officers who arrived at the scene after McClain was in handcuffs, the defendants claim that because they arrived after the initial contact of and use of force on McClain, they are not liable on a failure to intervene theory.

Plaintiffs’ negligence claim against those officers and a former officer is prohibited under CGIA, the motion says.

RELATED: Officers fired over photos near Elijah McClain memorial will make case for reinstatement next month