Officers Kyle Dittrich, Erica Marrero and Jason Rosenblatt filed appeals and the Aurora Civil Service Commission will decide whether to uphold the firings. 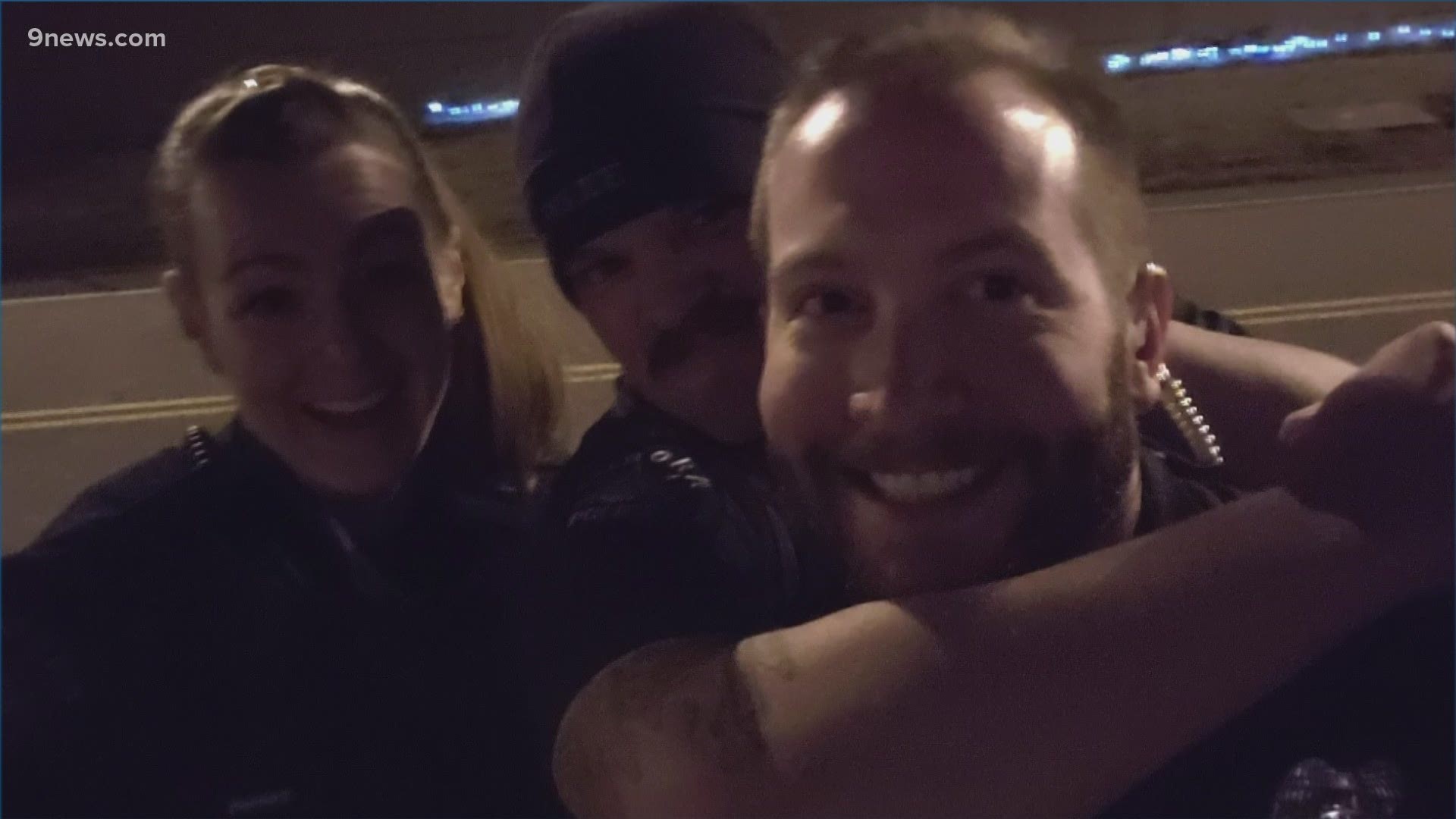 AURORA, Colo — Three Aurora police officers who were fired last week after a photo came to light of two of them posing in a choke hold at the site of the memorial for Elijah McClain are appealing in an effort to get their jobs back.

Officers Kyle Dittrich and Erica Marrero filed appeals on July 8, according to a spokesperson for the city. On July 9, the city spokesperson said they also received an appeal of termination from Jason Rosenblatt. The Aurora Civil Service Commission will now set hearing dates, the spokesperson said. The commission will hear evidence and decide whether to uphold the chief’s disciplinary decision or reduce it.

> The video above aired Friday and discusses when the officers were fired.

Last week, APD announced that Dittrich and Marrero were fired for appearing in the photographs, which were taken near the memorial for McClain last October. Officer Jaron Jones resigned last Thursday before any discipline was handed down, and APD Chief Vanessa Wilson said Jones' file shows he was to be terminated.

According to documents released by the APD, the photos were texted to Rosenblatt, who responded with “HaHa.” Rosenblatt was one of the three officers who responded the night of McClain’s death. Wilson said he was fired for his "utter inability to do the right thing" when he was involved in the incident with McClain.

McClain died after a confrontation with officers in August 2019. He went into cardiac arrest after he was placed in a carotid hold and later given a sedative while he was being detained following a call about a suspicious person in the area. His family said he had been walking to the store to buy iced tea and was wearing a ski mask because he was anemic.

Colorado’s attorney general has been appointed special prosecutor and will launch his own investigation into McClain's death. The 17th Judicial District Attorney’s Office declined to file criminal charges against the officers involved back in February.

The chief offered an apology on Friday as she announced the firings.

"I speak for all men and women of the Aurora Police Department to say we are ashamed, we are sickened, and we are angry about what we have to share with you," she said. "While the allegations of this internal affairs case are not criminal, it is a crime against humanity and decency. To even think about doing such a thing is beyond comprehension. It shows a lack of morals, values and integrity, and judgment. I can no longer trust to allow them to wear this badge."

Mari Newman, an attorney for the McClain family released this statement on Friday when the officers were fired.

"It is clear that Officers Rosenblatt, Dittrich and Marrero should not be wearing a badge or carrying a gun. All three should have been fired last year -- Rosenblatt for his role in murdering Elijah McClain, and Dittrich and Marrero for standing idly by without intervening as they watched their fellow officers’ prolonged torture of an innocent young man who was begging for his life.

Their callousness and depravity was on full display when Dittrich and Marrero took laughing selfies reenacting Elijah’s murder as if it were some sort of joke, and then sending the photos in order to “cheer up” the killers. Rosenblatt’s response – “HaHa” – is nothing short of sickening.

The community is safer now that these three officers have been fired. But Elijah’s parents are steadfast in their conviction that all of the involved officers and medics must be fired, criminally charged, and never work in law enforcement again, and that the City of Aurora, too, must be held accountable. "