Video now going viral shows one of the department's officers pulling a gun on a doctor trying to park on his own property. 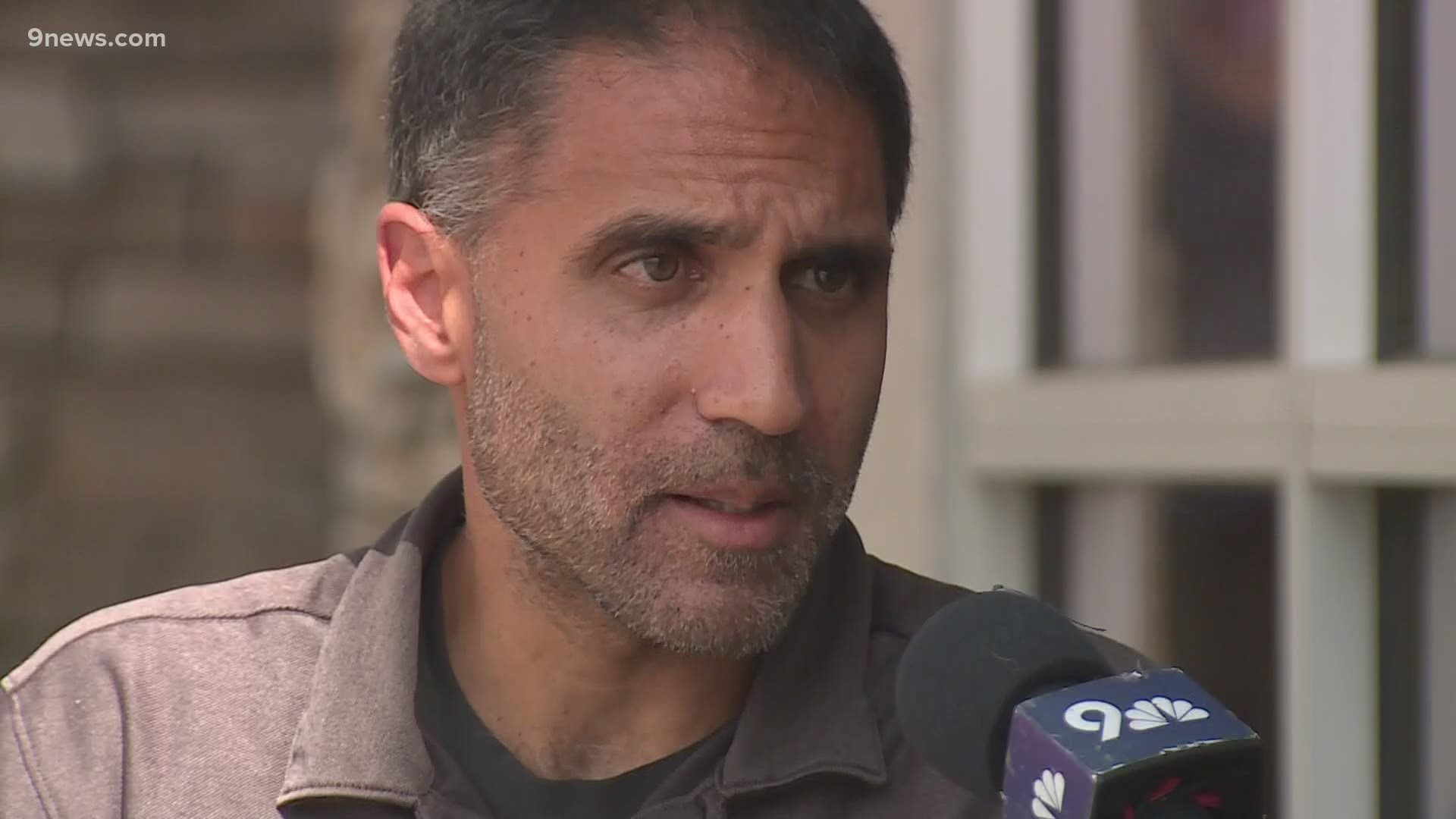 AURORA, Colo. — The Aurora Police Department (APD) is once again under scrutiny.

Video now going viral shows one of the department's officers pulling a gun on a doctor trying to park on his own property.

Dr. P.J. Parmar is the owner and founder of Mango House in Aurora, a shared space for refugees. Mango House currently spans two properties at 10180 E. Colfax Ave. and 1532 Galena St. On March 1, Parmar said he was trying to drop off Boy Scout gear at the latter address, but a police vehicle was blocking his way.

Parmar said he honked at the officer to move, but instead the officer approached him and held the doctor at gunpoint.

"He jumped out of his car," Parmar said. "Told me to get my bleeping hands in the air and was right at my door with his gun at my head."

Footage from the officer's body camera backs up Parmar's account. Though Parmar told the officer, only identified in the video as "Officer Henderson," he owns the property, Parmar is still questioned for proof.

Parmar said if "he was darker, it would've gone worse."

"I’ve learned enough in my days that, ‘Hey, we have cell phones these days,'" Parmar said. "The moment I see a police any single time, the phone comes out immediately and goes into video."

Though the video was recorded at the beginning of March, the renewed movement for police reform has helped it gain attention.

"I looked at the video and my first thought was, ‘My goodness, Dr. Parmar has nerves of steel,'" said civil rights attorney David Lane.

Lane said anytime an officer draws their weapon, it's considered "use of force." The U.S. Supreme court said that is only allowed if an officer reasonably fears their life is in danger. Lane said footage shows that wasn't the case.

"Being illegally parked in Dr. Parmar’s lot and getting honked at should not put a reasonable police officer in fear that their life is in danger," he said.

Lane is one of several attorneys who signed a letter to the Aurora City Attorney's Office asking to sit down with APD.

"We have simply said, ‘Look, if you want to discuss this, you have until sundown on July 10 to contact me and say let’s talk about this,'" Lane said. "At which point we can engage in some substantive discussions regarding changes in policy for the Aurora Police Department -- and/or money damages for Dr. Parmar, including possibly discipline for the officer."

Parmar said he isn't confident APD will agree to meet with him and the attorneys and said the internal investigation is like a "wolf investigating the wolf den."

Like Parmar, Lane believes the officer's actions were racially motivated.

"This is an example of white privilege," Lane said. "This doesn’t happen to white people. How many white people in your audience have ever had a police officer draw a gun on them for simply pulling into their own parking spot?"

Lane said he'd prefer the conversation with APD over filing a federal lawsuit because he believes it would be the more effective route.

"All a jury has the ability to do is give money to Dr. Parmar for this," Lane said. "They can’t fire cops, they can’t change policies. If a jury in court decides that his civil rights were violated and gives him money, maybe that will send a message to the Aurora Police Department."

Lane said if a federal court awards Parmar money, that will come at the expense of taxpayers.