The move comes after an independent panel called APD's handling of the investigation into Elijah McClain's 2019 death flawed. 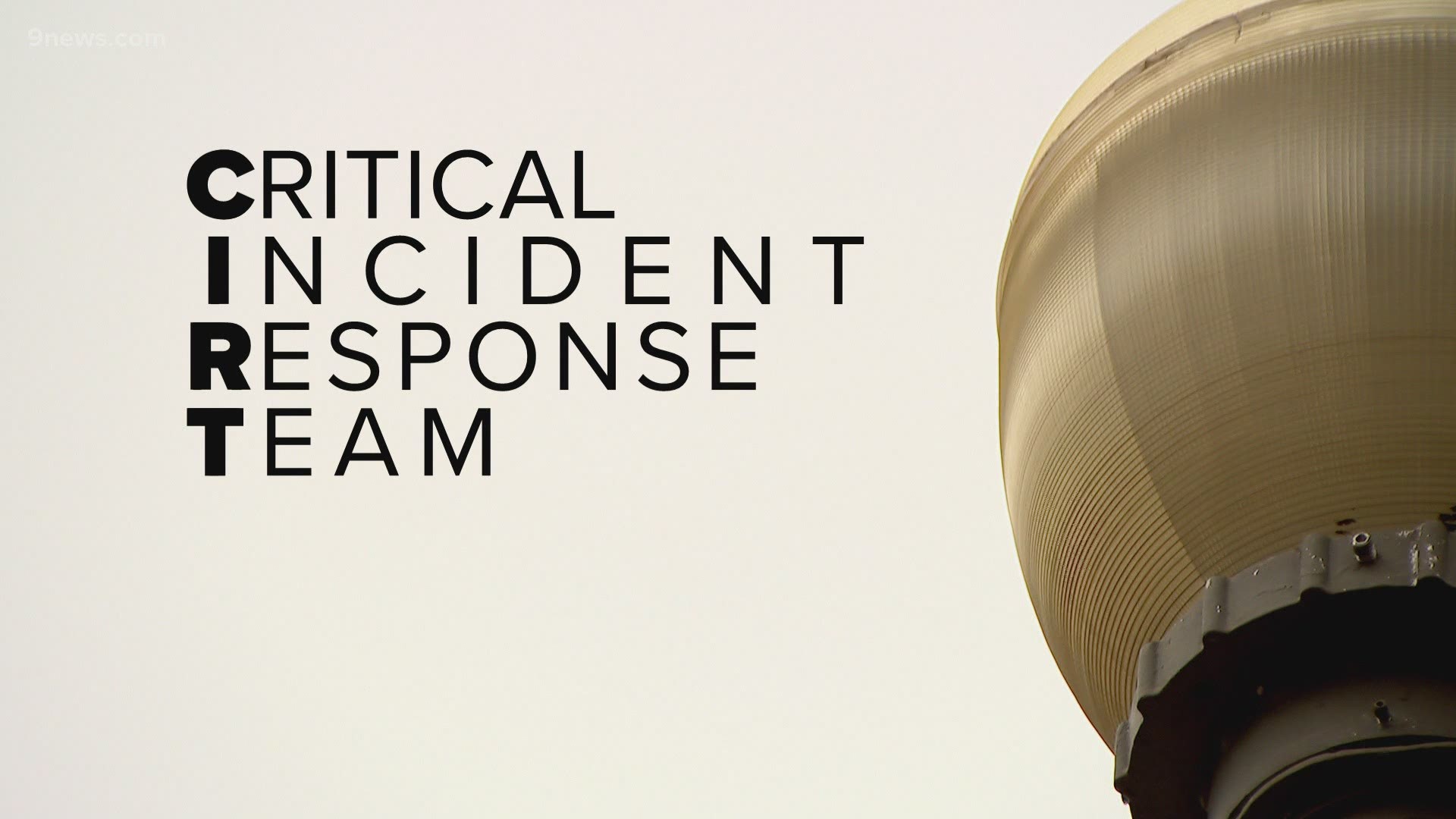 Until now, the APD had not participated in the teams. APD was investigating its own officer-involved shootings with help from the Denver Police Department.

"With some of the tragedies we have seen across the nation, as well as here in our own department, with the tragic death of Elijah McClain, the community really has lost trust in us and I want to do everything I can to build that trust," said APD Chief Vanessa Wilson.

Chief Wilson said the report released by the independent panel in February was one of the reasons she felt it was the right time to join CIRT.

"I know past chiefs were asked and they didn’t do it but it is time to do it," she said. "It is all about appearances and it is all about optics and I know people, we want to make sure people have the trust in that."

“The law enforcement agencies in the 18th Judicial District have agreed to bring the Aurora Police Department into our Critical Incident Response Team, understanding this was in the best interest of transparency and adherence to the spirit of the law," DA John Kellner with the 18th Judicial District said. "We welcome the expertise of APD investigators as they will now reciprocate when needed for our other agencies."

“When I examine the facts of a shooting to determine whether charges should be brought, I need to know I am looking at an independent investigation. This move by APD is a step in the right direction.”

In both the 17th and 18th Judicial Districts, APD was the last law enforcement agency to join the CIRT.

"This is long overdue and I applaud Chief Wilson for working with me to make this happen," said District Attorney Brian Mason with the 17th Judicial District. "When a person dies or is injured during an encounter with police, that incident has to be investigated independently and thoroughly."

DA Mason said in order to have an independent inquiry that has integrity it can not involve the agency whose officer pulled the trigger.

"Aurora needed some improvement in this area and I think this is going to go a long way towards doing that," he said.

DA Mason explained he has greater confidence that any such incident - whether it occurs in Aurora or another community in his jurisdiction - will be investigated properly.

"That is what the community expects," said Chief Wilson. "I want everything to  be where people have faith in us and they can believe in us."

Friday's announcement came after an independent panel in February released a highly critical report about APD's handling of the investigation into the death of McClain.

McClain, 23, died after an interaction with APD officers on Aug. 24, 2019. The department said officers were called to the area of Billings Street and East Colfax Avenue after receiving a report of a "suspicious person." That's when they encountered McClain. His death has garnered nationwide attention and scrutiny.

The panel's report said, "Neither the caller nor any of the officers involved identified a crime that [McClain] was suspected of committing at the time that he first came to the officers' attention."

That investigation was handled by the department's own Major Crimes Unit, and the panel said it found issues that raised serious concerns.

Following the release of the report in February, APD Chief Vanessa Wilson said she was reaching out to both district attorney's offices about how to handle any future officer-involved shootings or in-custody deaths.

Friday's announcement appears to be a result of those conversations.

“Our relationship with the two CIRT teams is another step towards my commitment to A New Way of serving our community," said Wilson. "This partnership brings additional transparency into our critical incident investigations and will promote trust with the community we serve.”

APD has already begun its integration into the two teams and any future qualifying incidents will be investigated by the Critical Incident Response Team for the respective judicial district.

“When a person dies or is injured during an encounter with police, the incident must be investigated thoroughly, independently and with integrity," said Brian Mason, DA for the 17th Judicial District. "That’s precisely what the Critical Incident Response Team does. With today’s announcement, I have much greater confidence that any such incident – whether it occurs in Aurora or another community in my jurisdiction – will be investigated properly.”

In November 2019, Dave Young, who was district attorney for the 17th Judicial District at the time, declined to file charges against officers in connection with McClain's death.