The photographs were reported to Aurora Police Internal Affairs by another officer Thursday. The mayor and city council members have released statements about it. 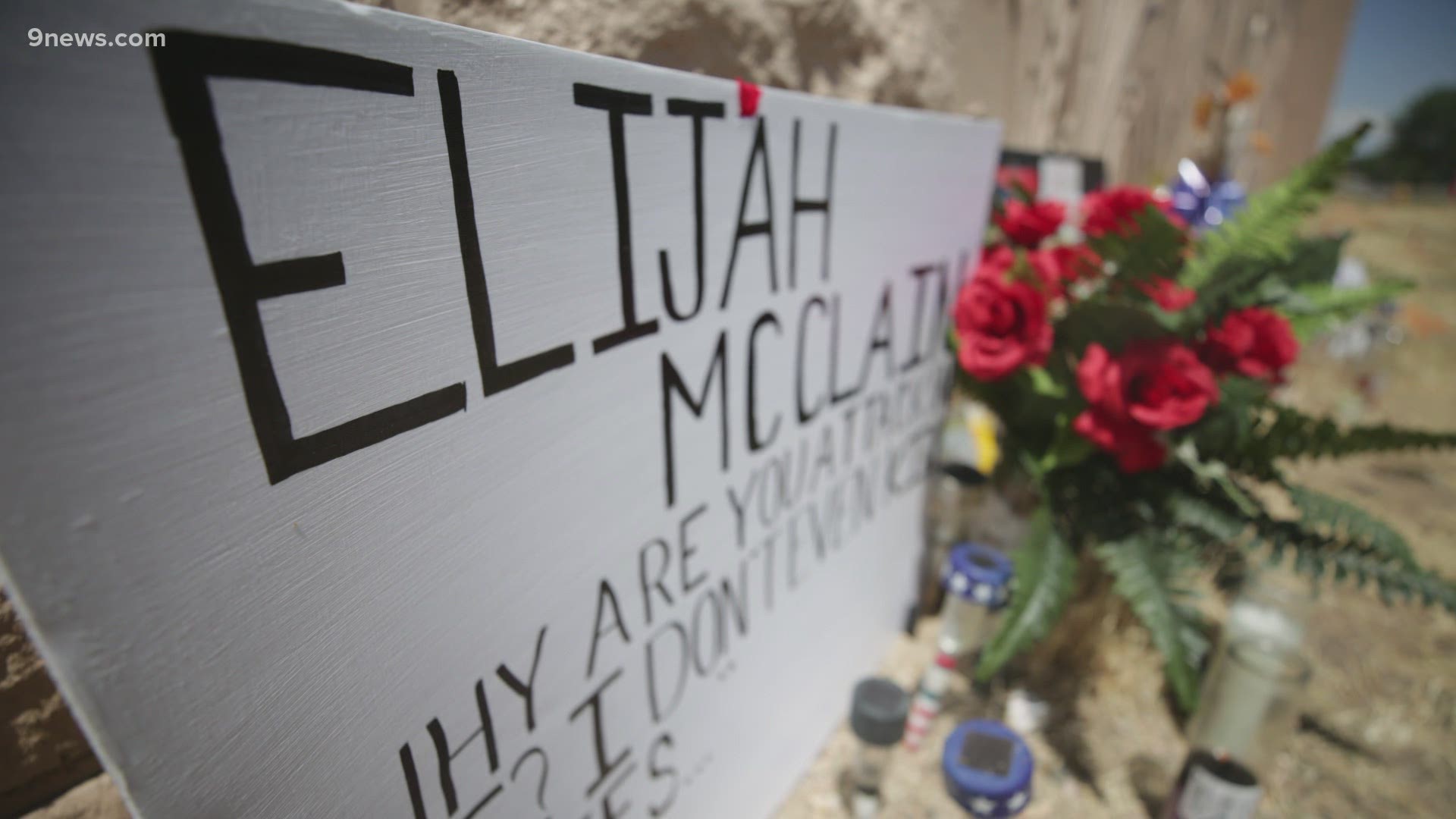 AURORA, Colo. — Three Aurora police officers allegedly snapped photos while they put one another in choke holds at the location where Elijah McClain got into a fatal struggle with officers, 9Wants to Know has confirmed.

The photos were taken last October –  McClain, 23, died after a struggle with three officers in August.

But the incident wasn't reported internally until last Thursday, when a fellow Aurora officer told administrators about the pictures. That was two days before protests over McClain’s death that resulted in a clash between police and demonstrators.

According to multiple sources familiar with the ongoing internal investigation, the officers took the photos near the intersection of East Colfax Avenue and Billings Street, where McClain was subdued during a confrontation last August 24. He was pronounced dead just days later.

"I am deeply concerned over the facts surrounding the photographs that [Aurora Police Department (APD) Interim Police Chief Vanessa Wilson] has shared with me," Aurora Mayor Mike Coffman tweeted Tuesday. "I understand that there are due process procedural requirements that are in progress. I will comment on the case once the investigation is complete." 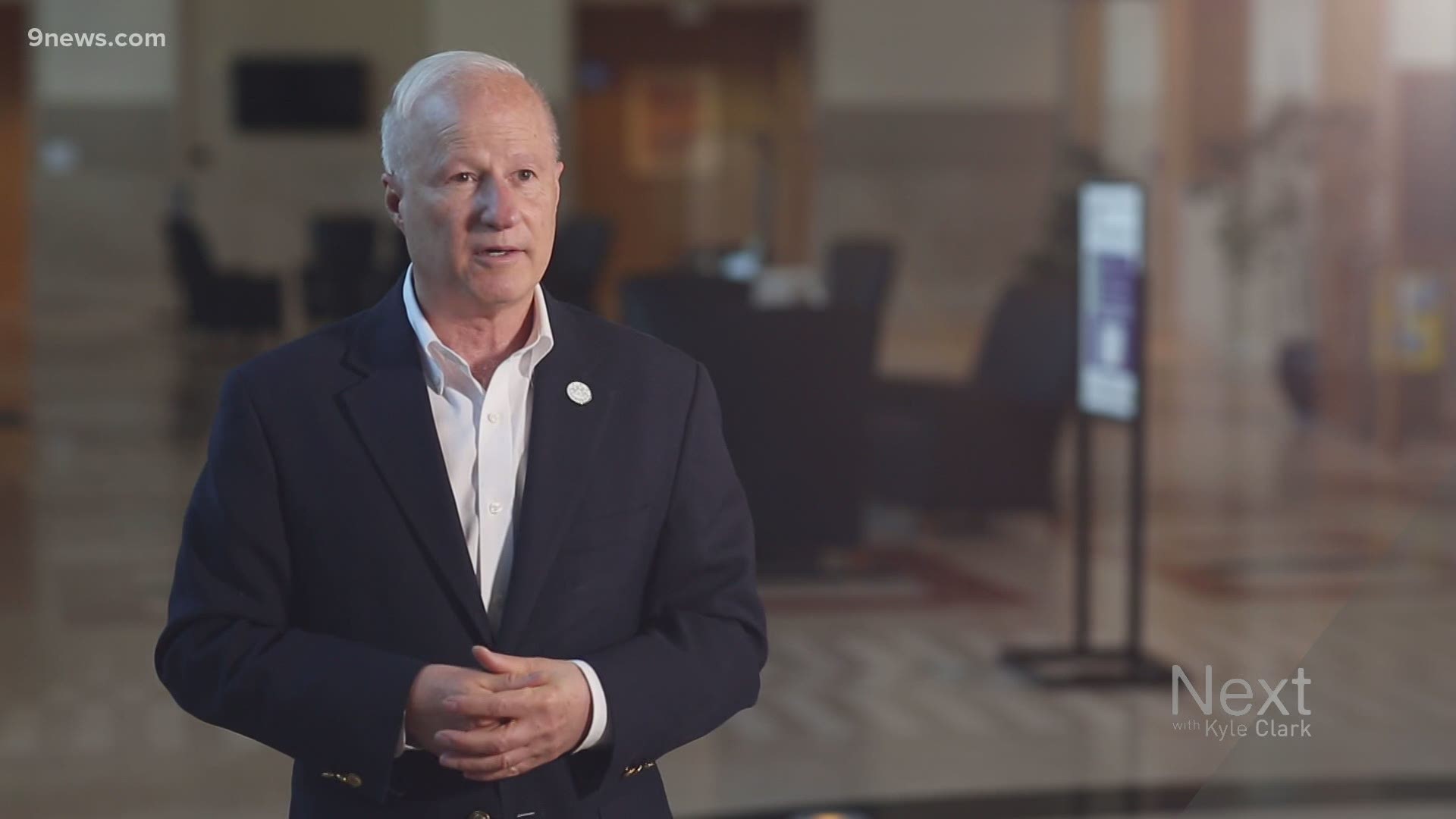 An internal investigation has been completed, and the findings will be presented to the chief's review board, which is scheduled to meet Tuesday, according to APD Public Information Officer Matthew Longshore.

The evidence will not be made public until the chief's review board signs off on the findings, which can be appealed by the officers involved, delaying the process, according to Longshore.

"Just when we thought the Aurora Police could not be any worse, they somehow find a new low," said Mari Newman, the attorney representing the McClain family. "This is a department where officers tackled an innocent young black man for no reason, inflicted outrageous force — including two carotid choke holds — for 15 minutes as he pled for his life, joked when he vomited and threatened to sic a dog on him for not lying still enough as he was dying. They tampered with their body cameras to hide the evidence. They exonerated the killers. They deployed riot police and spewed pepper gas on peaceful [protesters] at a vigil of mourners playing the violin. And now this."

Terrance Roberts, a community advocate has organized several events for Elijah. He said there is a bigger problem with APD around cultural bias, racism and aggression towards the community.

"That just goes to show that not only are they not aware of what the world is saying about Elijah's death but they're very detached from the community because this is a community effort. Elijah could've been anybody, it could've been anyone's child," he said. "I think it shows the mentality that we've been fighting and dealing with especially here in Colorado with the Aurora Police Department."

A statement from Wilson, released late Monday night, also says the allegations against multiple officers were brought to the department's internal affairs division by another police officer Thursday.

McClain was pronounced dead Aug. 27, 2019, after he went into cardiac arrest following the struggle with police.

Monday night's statement did not give any other detail about what was in the photographs or when they were taken.

Wilson said in the statement that the officers involved were placed "on administrative leave with pay in non-enforcement capacities" during the internal affairs investigation.

APD is also currently facing heavy criticism for its response during the protests on Saturday over the death of McClain. 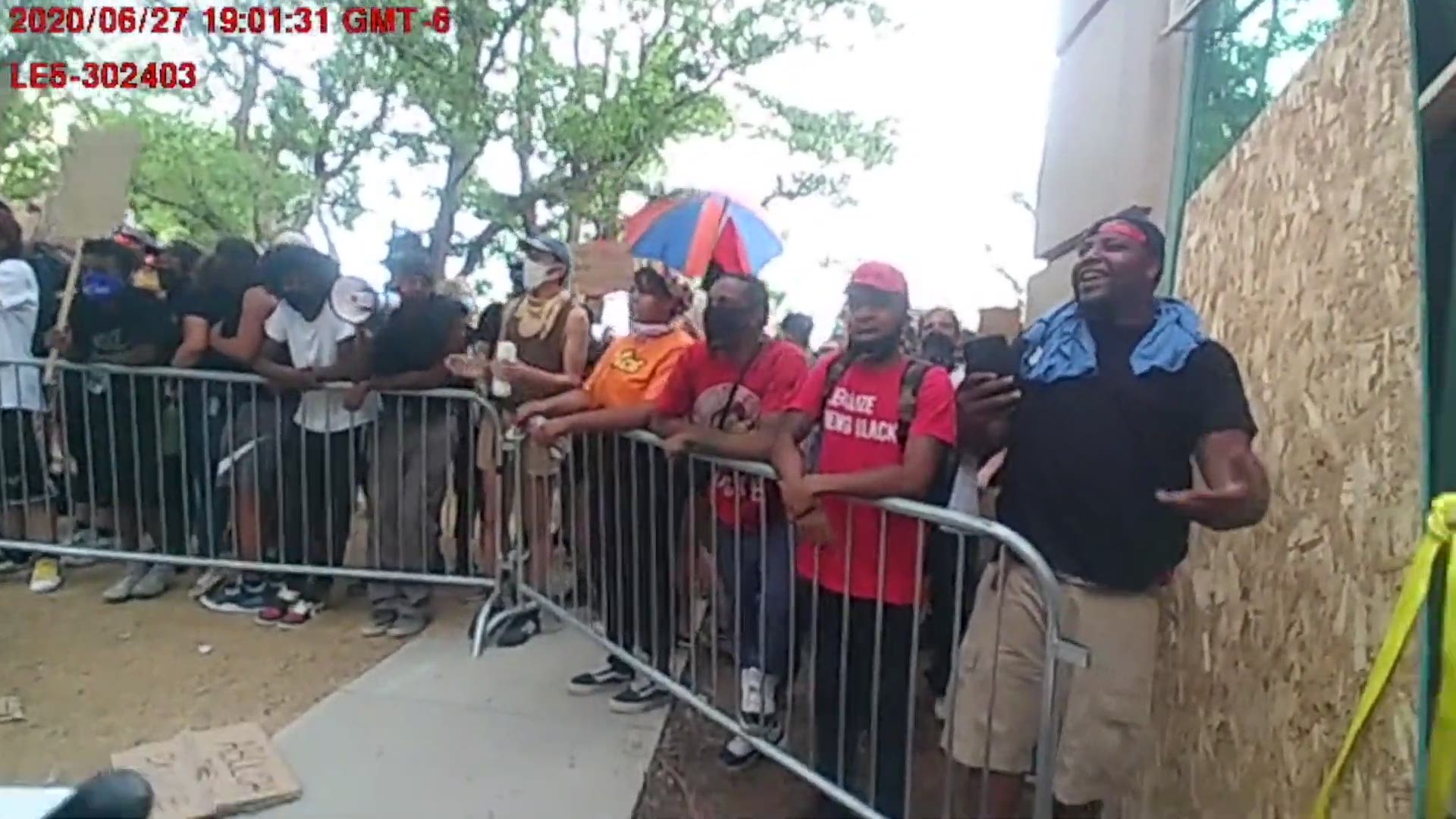 Coffman is calling a special meeting of the Aurora City Council on Tuesday to hear from and ask questions of APD about their tactics, which included arresting two protesters and using pepper spray.

Aurora City Council Curtis Gardner released the following statement about the reports of the descriptions of the photos:

“I was disappointed to learn of what might be in the pictures. Once the IA investigation is complete, I look forward to having the ability to review the file and see for myself. Based on the reports I've heard, it's was a very callous act and any punishment should be commensurate with what took place. We have a highly capable police department and it's unfortunate they get lumped in with the actions of a few bad cops.”

City Councilor Alison Coombs told 9NEWS that councilors did get a “very vague” message from the city manager before anything was made public saying there may be a story about a police personnel matter because of a media leak.

It wasn't until news reports and an e-mail from Interim Police Chief Vanessa Wilson late on Monday night that Coombs found out what that leak was about.

“I’m deeply concerned about what it does say about the culture that people thought they could do this cruel and sociopathic thing, and have no consequences and have nobody think there’s something wrong with it," Coombs said.

“I have once again received news regarding the Aurora Police Department through news and reporters. I am livid that these issues are not being reported to us and to the public directly from the Chief of Police and from the department. Furthermore, the actions described in the photos and claims of broad distribution within the department are reprehensible and represent a greater cultural problem within the department which exacerbates issues of trust between our community and our law enforcement institution. Full disclosure and swift action from department leadership is necessary."

"I have not seen the photo but I’m deeply disturbed by what has been described. Such blatant disrespect towards the McClain family demonstrates an inexcusable lack of compassion and I am anxiously awaiting the results of the internal investigation.”

Editor's note: Aurora Police on Tuesday afternoon corrected the timing the photos under scrutiny were taken. This story has since been updated.