The march comes the same day the Aurora Police Department released a photo of officers mocking Elijah McClain's death near his memorial. 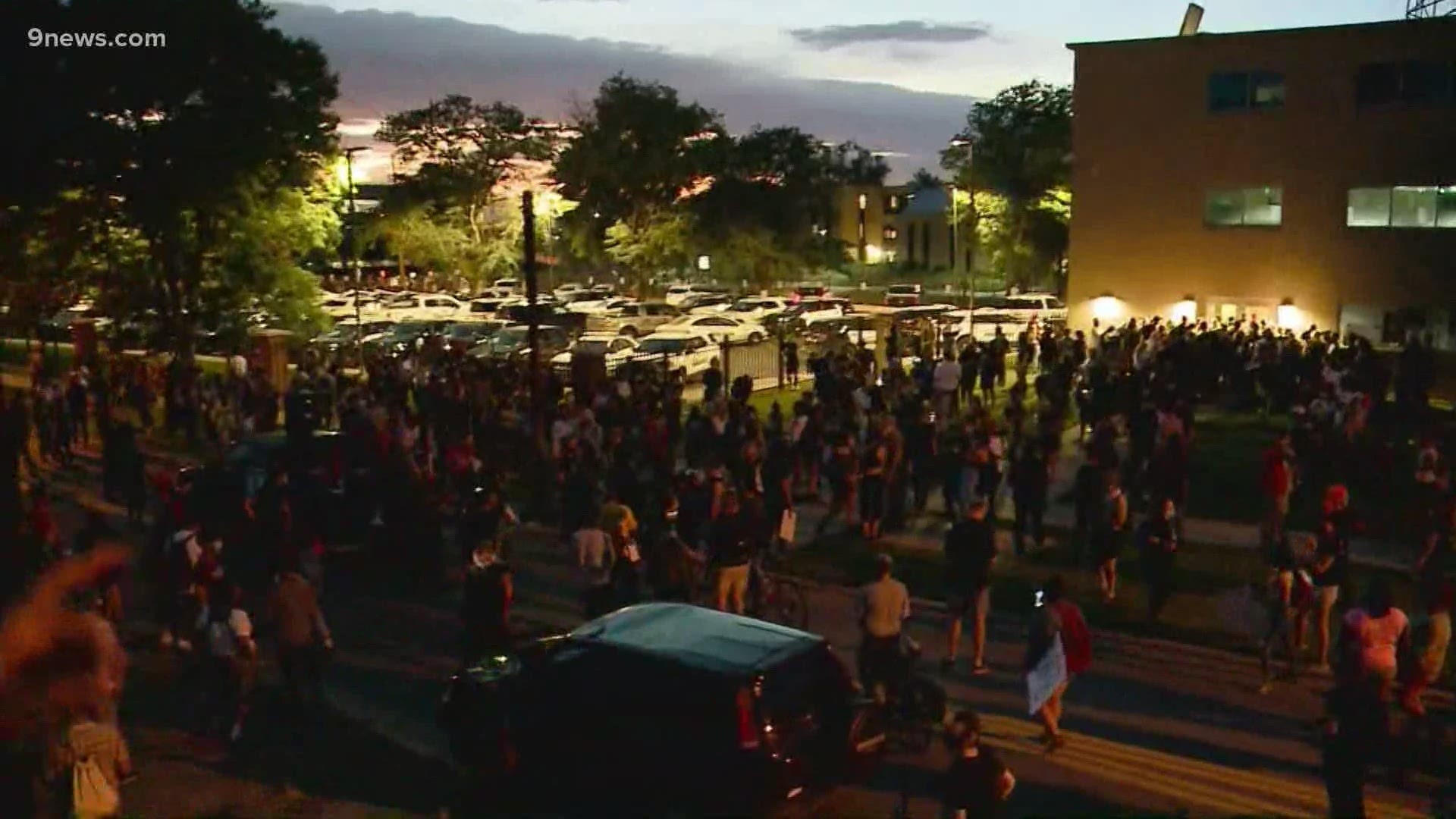 The third officer was fired Friday for responding to a text message that contained a photo mocking McClain's death with "HaHa."

Few protesters remained on the streets by 5 a.m. Saturday.

APD said they made two arrests Friday night, both for obstruction of a highway and failure to obey. A third person was detained and released.

Officers used at least five 40mm less-lethal foam rounds when protesters shot mortar-style fireworks toward officers and began to untie the west gate of the precinct, an APD spokesperson said Saturday. He added that it was unclear whether anyone was hit. No chemical agents were used in response to the protests, APD said.

This demonstration came the same day APD released that photo to the public. It showed three officers smiling and doing a carotid hold near McClain's memorial. The officers involved said it was meant to "cheer up" a coworker.

The protesters marched to APD Precinct One from Evergreen Avenue and Billings Street, the site of McClain's deadly struggle with Aurora officers in August 2019.

At the beginning of the march, protesters chanted "say his name: Elijah McClain!" and "time is up, APD," chants they echoed outside the police precinct during a demonstration that stayed peaceful. Some armed officers were seen on the roof of the building, but otherwise there was minimal police presence.

As night fell, protesters danced -- something they said was an active of rebellion because McClain was reportedly dancing before he died. 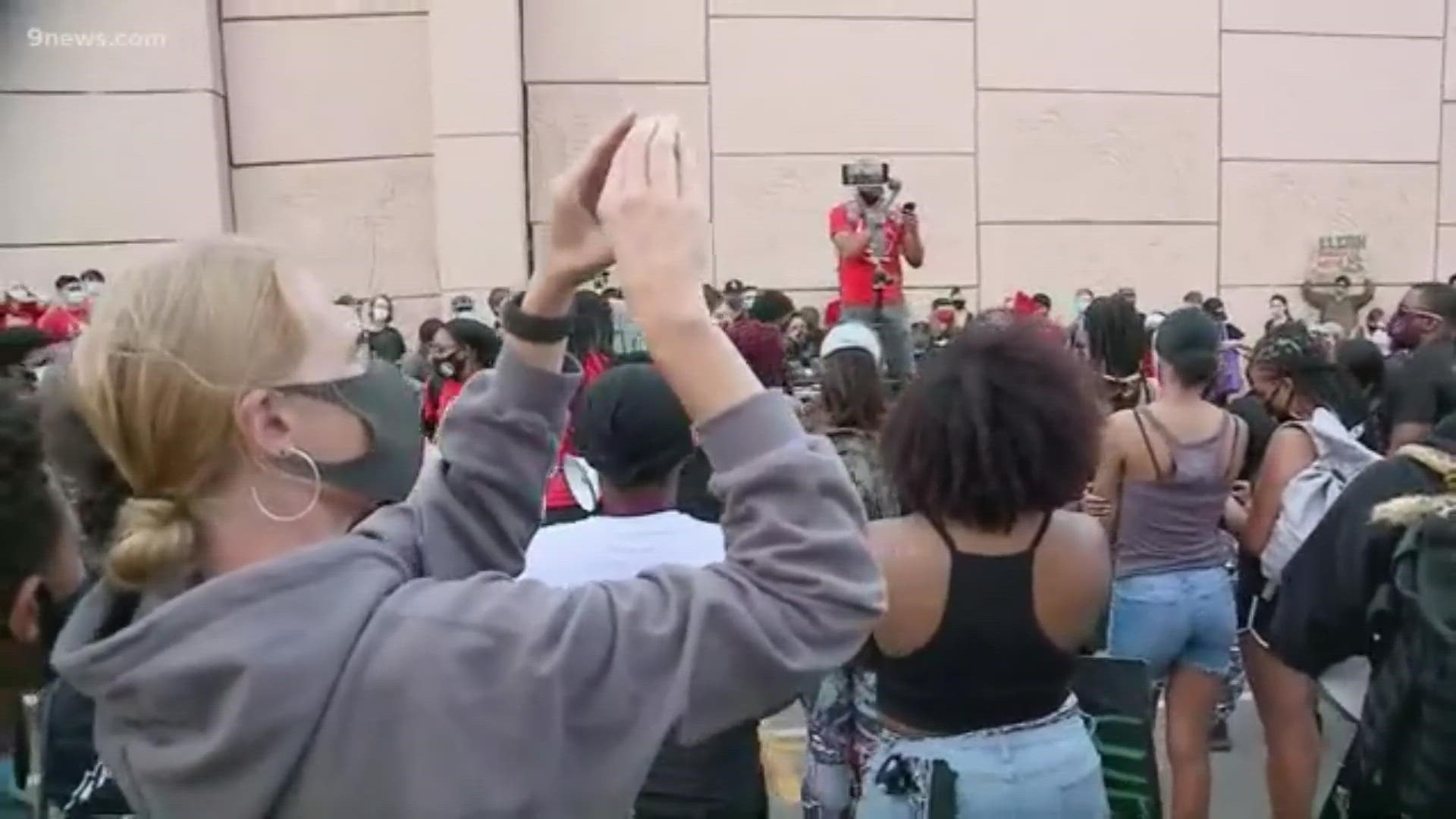 Sky9 video showed the protesters stopping traffic on East Colfax Avenue and other Aurora streets as they made their way to the police station off Montview Avenue near the new Veterans Affairs hospital. 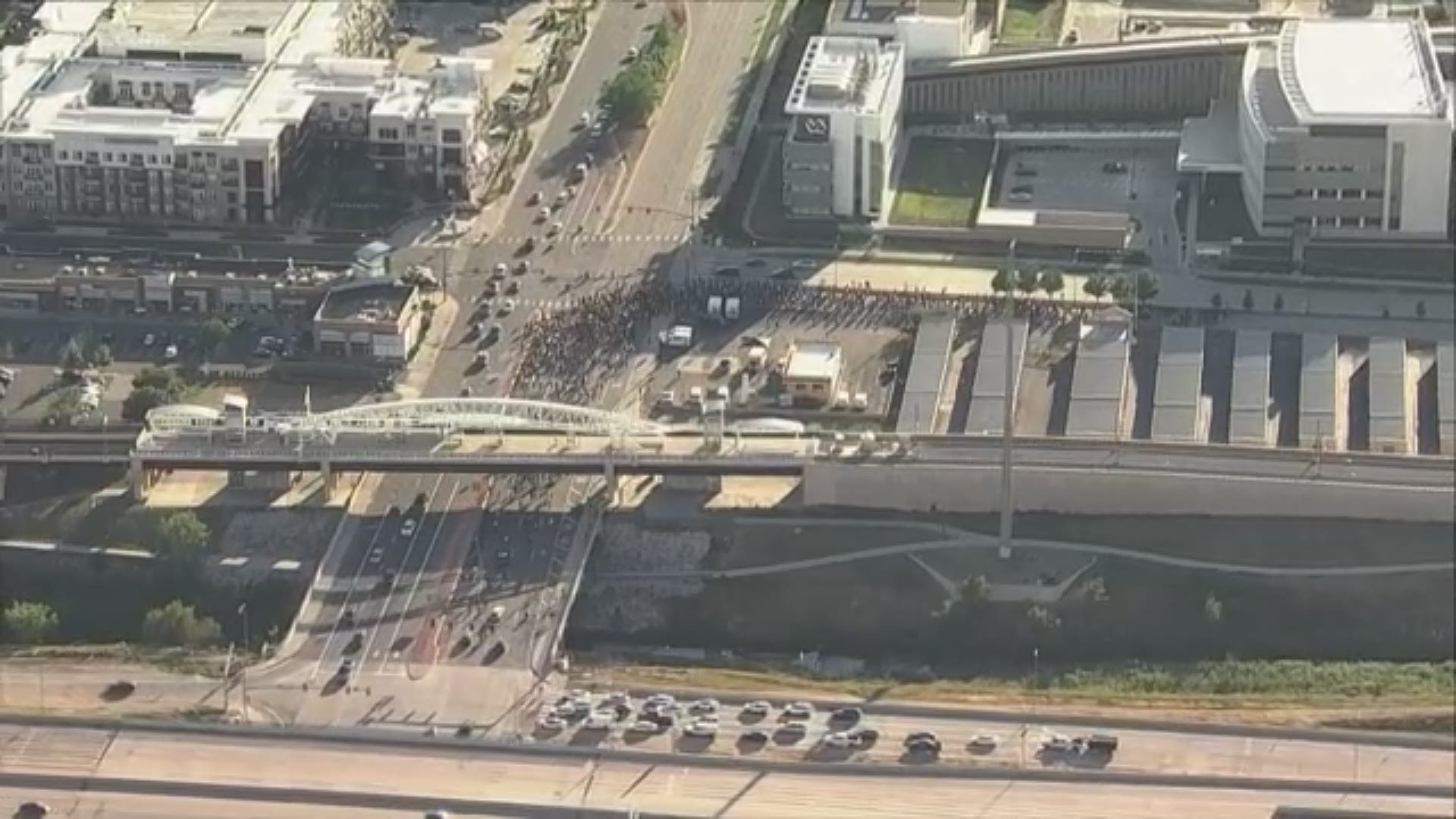 "Please drive carefully and watch out for pedestrians," a tweet from the department read.

The department also referred to the protest as "peaceful" in multiple ensuing tweets.

1 / 25
Sky9
Protesters marched from where Elijah McClain had a deadly encounter with Aurora Police officers to precinct 1 the night of July 3. Group organizers said they would surround the precinct until all the officers involved in McClain's death had been fired.

This latest protest comes a few days after peaceful demonstrations in Aurora ended with officers using pepper spray to disperse the crowd. Last weekend, violinists gathered for a vigil in honor of McClain, who used to play violin for cats at the shelter.

Follow along with Jeremy Jojola and Ryan Haarer who are at the protest: 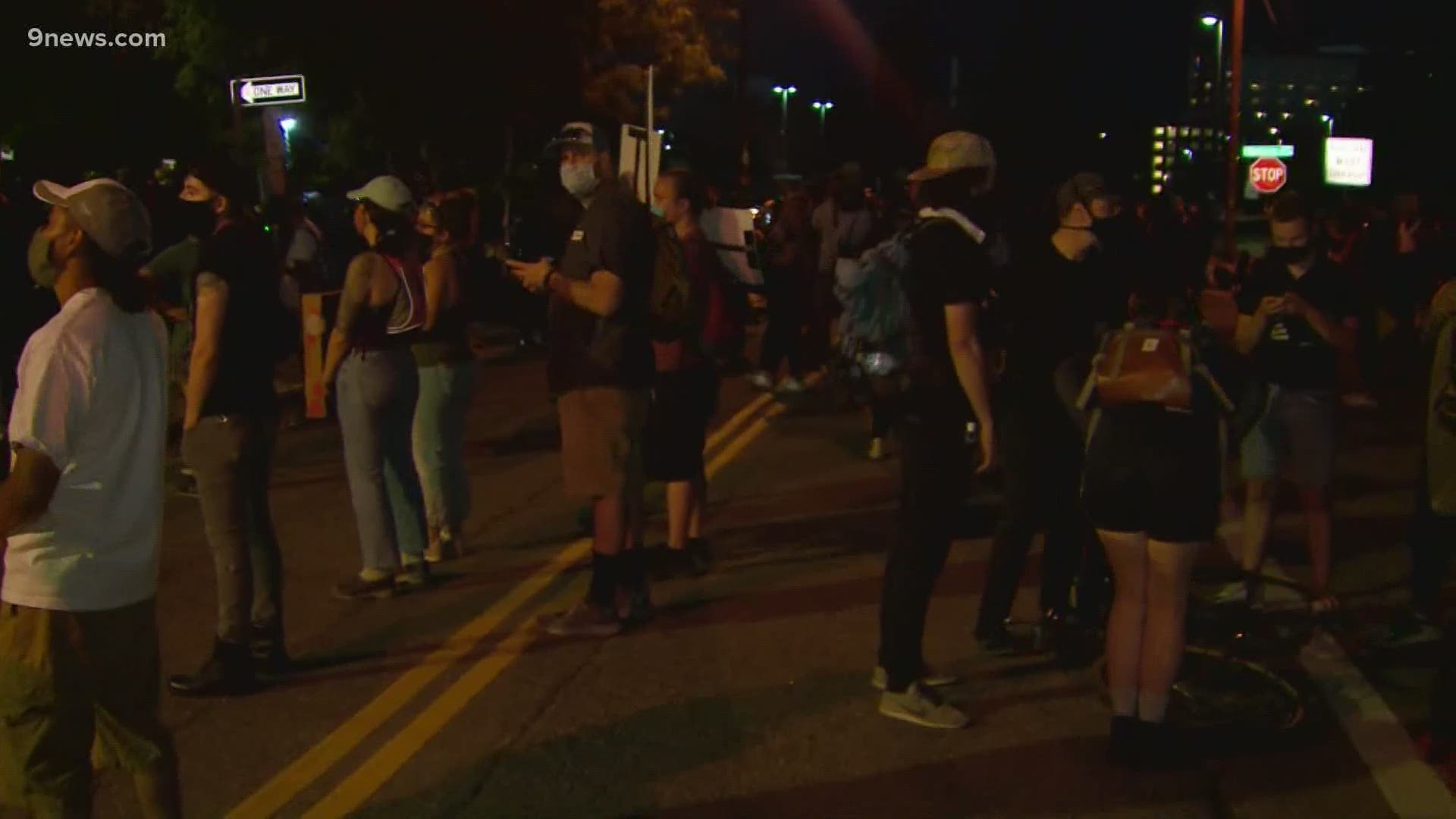 Three people were taken into custody for violating lawful orders after warnings were given, APD said.

The 17th Judicial District Attorney’s Office said it would not file charges against the officers involved in the incident in February.

Colorado’s attorney general has been asked to conduct a review of the case, and could press charges.

Federal authorities are also weighing a civil rights investigation, and the attorney representing McClain’s family said she could file her own civil rights case. 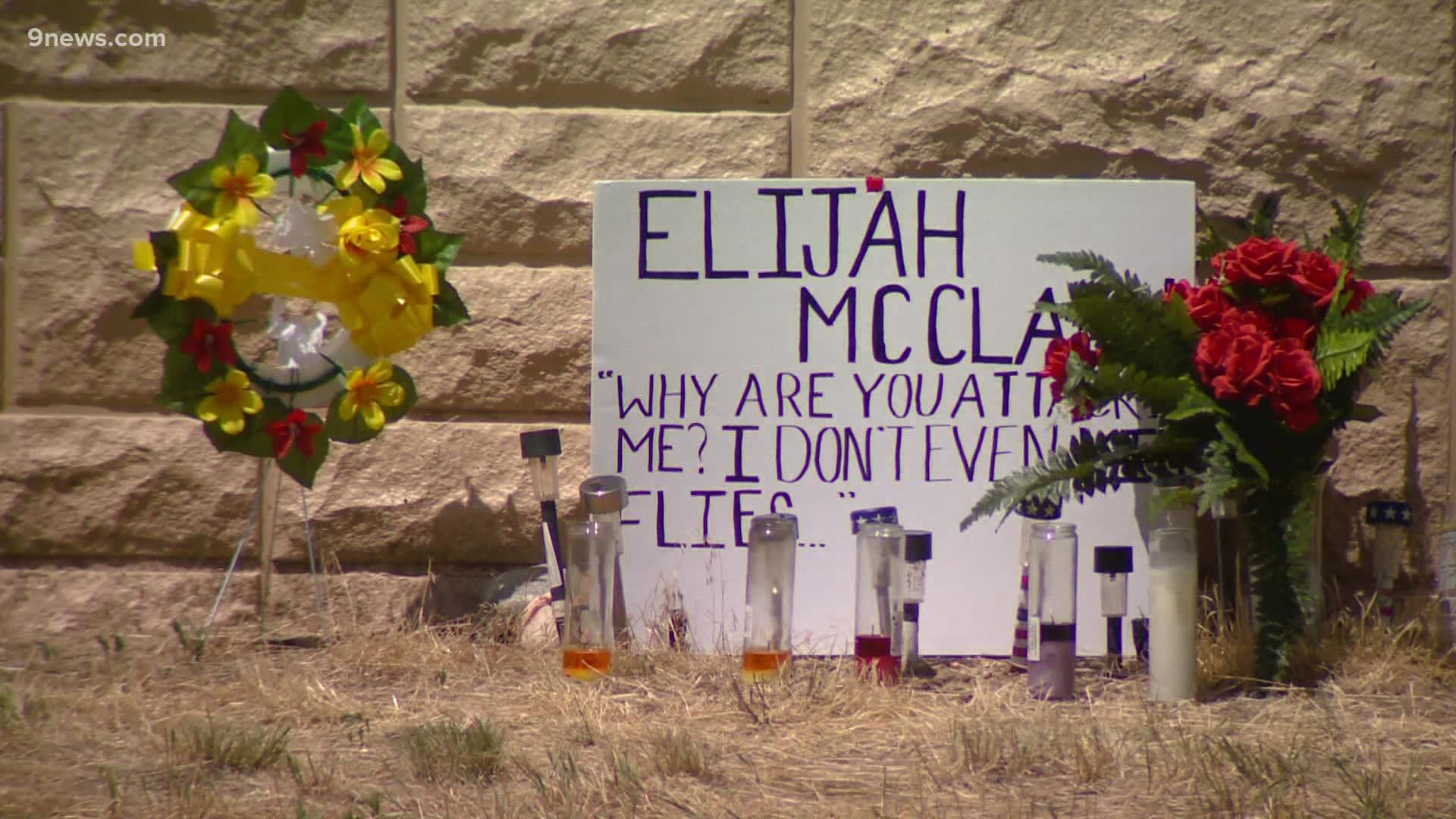