This is one of several celebrations and protests that have taken place recently demanding justice for the 23-year-old. 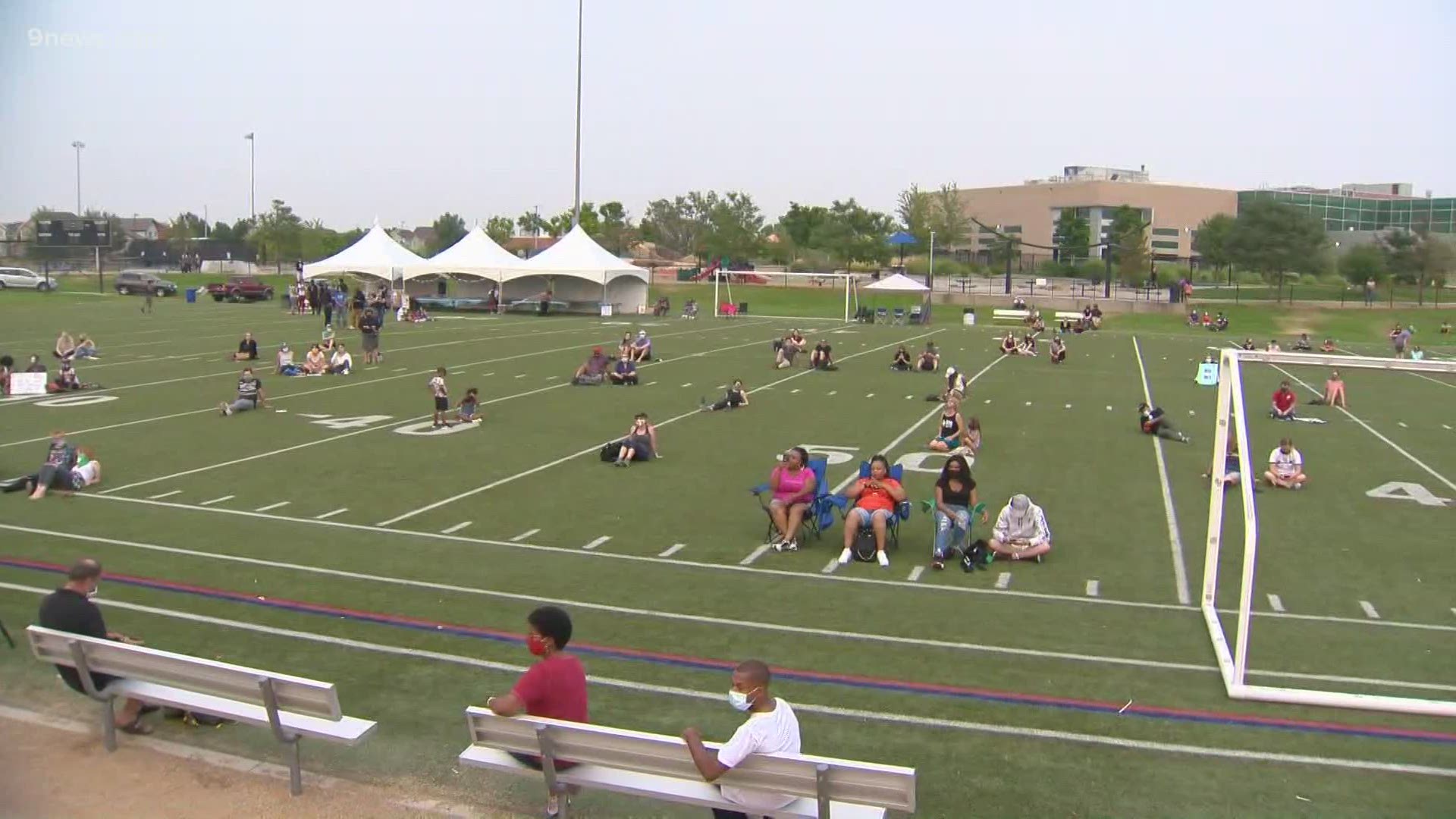 AURORA, Colo. — A "Gathering and Grace" music celebration was held Sunday evening for Elijah McClain, nearly one year after the 23-year-old went into cardiac arrest and later died after an encounter with the Aurora Police Department (APD).

The event was held at Montbello Recreation Center in Denver with the approval of McClain's family – an earlier celebration and car protest was canceled.

"365 days after Elijah's encounter with the police and the medics that ultimately led up to his death, our family would like to walk Elijah's spirit home. We would also like to invite string players and other instrument players to play Elijah's last words while we walk. ... "

This is one of several celebrations and protests that have taken place recently demanding justice for the 23-year-old.

The officers involved in McClain’s death were cleared of wrongdoing earlier this year, but the Colorado attorney general has now been appointed as a special prosecutor, and the Federal Bureau of Investigation (FBI) and Department of Justice (DOJ) are eyeing a federal civil rights investigation.

The August 2019 death of McClain has made international news as Black Lives Matter protesters across the U.S. have shed light on use-of-force within police departments and the number of in-custody deaths that have happened recently.